April 28, 2021
The Gin That Looks And Tastes Like Southern California
Start making your Gimlets with Future Gin.

If and when we talk about terroir, it’s usually in terms of wine. The soil of a vineyard, for example, or the way the morning sun rolls down a certain vine-covered hill. But if you’re fortunate enough to make friends with an excessively nerdy bartender, you might also hear the term applied to spirits. I’m not saying I’m a nerd (I am), and I’m usually skeptical of any jargon such as “terroir,” but I feel like Future Gin fits snugly into this conversation.

Future Gin is made in Los Angeles, and it tastes like it. The spirit is distilled with local, Southern California plants like honeysuckle, grapefruit, and avocado leaf - but, mostly, it tastes like a backyard in summer. Juniper is certainly present, but it doesn’t punch you in the face with its pine-y flavor, and other ingredients like coriander and black peppercorn blend seamlessly into the background. The main flavor, however, is Meyer lemon, and, while that fruit is actually native to China, it’s been popular in California since at least the mid-twentieth century. It brings a bright sunshine-y feel indicative of West Coast terroir.

Of course, you could always argue that I’m using the word terroir wrong but I’m not interested in narrow definitions. I think it’s more fun to consider every factor in the production process (not just soil and climate) as a part of terroir - like the produce you have on hand, for example, or maybe even the thought process behind a bottle’s label. Just look at Future Gin. It pretty much tells you, “Hey, I go hiking in Griffith Park.”

That’s why I gravitated toward Future Gin in the first place. I enjoy nice looking things, and I refuse to be more than slightly ashamed of this. But I also liked that this brand is owned by four women, all of whom came from the worlds of food, wine, and spirits. In an industry where women are still underrepresented, that’s a serious consideration. So if you feel like picking up a bottle of Future Gin just because of that, I fully encourage you to follow that inclination.

You’ll be rewarded with a gin that’s good enough to sip neat. And I mean that. (This practice might draw some stares, however, so maybe just make a Martini). With its eclectic mix of Californian ingredients, Future Gin is extremely well rounded and great for all purposes (Gimlets and Last Words are two other no-brainers). The flavor is so full and cohesive, in fact, that Future Gin almost tastes like a caraway-inflected aquavit. Almost. Mostly, it should remind you of a 90-proof version of Southern California. 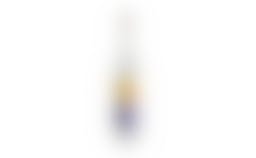 The 11 Best Wine Glasses For All Your Outdoor Drinking Needs
The official drinkware of summer.

The Absolute Best Mother’s Day Presents For Food and Drink Loving Moms
Because she already has a robe.

Our Favorite Ceramics That You Can Actually Buy Right Now
Because all those “sold out” notifications are starting to take a psychic toll.

The Absolute Best Oat Milks, From An Obsessive
From cult-favorite Oatly to a surprisingly good Costco pick.