May 20, 2021
16 Nice Smelling Candles, According To Our Editors
Think of this as scent-based home maintenance.

As the world opens back up and we creep toward normalcy, we at The Infatuation have been working working on a project called “helping you get your home in shape for visitors who aren’t just there to deliver your mail.” You might need some hand towels that don’t look like family heirlooms, for example, and it’s probably a good idea to upgrade your plates and serving platters as well. Of course, none of that really matters if your place smells like a musty cave. So here’s another suggestion: get a nice scented candle.

What should you look for in a scented candle? According to Abigail Cook Stone, co-founder and CEO of Otherland, the most important thing is to find something that makes you happy. “It’s all about self-care and a healthy dose of nostalgia,” she says. And that makes sense. Obviously, your sense of nostalgia might not align perfectly with ours, but every candle on this guide should make you (very) happy.

Before we start the rundown, a few notes on maintenance. (Yes, maintenance.) When you first light your candle, it’s important that you let the entire top layer of wax melt before you blow it out. That way, you can avoid the hazard known as tunneling. This is when your candle doesn’t burn evenly, leaving a ring of unmelted wax around the outside - and it’s incredibly demoralizing.

You should also trim your wick to about 1/8 inch before every burn, which will help keep your candle free of soot, and, as Abigail kindly informed us, you’ll also avoid burning through your candle too quickly from too large of a flame. We shouldn’t have to say this, but large flames are dangerous. So pick up a quality wick trimmer.

How long should you burn burn your candle for? We’ll let the expert handle this one.

“Every time you light your candle,” says Abigail, “you want to burn it for long enough to achieve that full-surface pool of melted wax that reaches the sides of the jar. This accomplishes two things: peak scent throw (an impactful fragrance experience) and prevention of wax tunneling for future burns.”

You’ll want to stick to burns under four hours, however. Any longer than that and our CEO candle authority warns that “your wick has likely mushroomed (leaving you at risk for soot formation), and you may experience weak fragrance performance on subsequent burns from such a large volume of wax becoming liquified.”

Got it? Great. Now that you’re fully prepared to welcome a high-quality candle into your home, keep scrolling for our top picks. 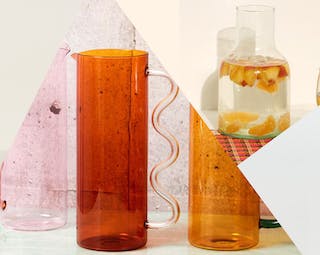 12 Great Pitchers For All Your Warm-Weather Cocktails 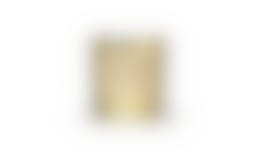 Founded in 2016 by Matthew Herman and David Kien, Boy Smells is an LA-based company making candles “conceived beyond the gender binary.” And Polyamberous is, arguably, their shiniest candle. This is also one of our favorite scents of theirs, with a mellow mix of such things as cardamom, geranium, and pistachio. The smell is about as luxurious as you’d expect from a gold-covered product, with just a hint of sweetness that isn’t overbearing. 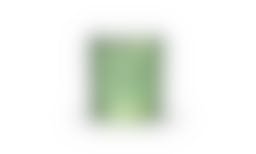 For something a little more classic, go the Agua De Jardin route. With its blend of jasmine, fig leaves, and coconut water, this candle lands somewhere in the realm of fresh-laundry meets high-end-spa. It also seems to share some genetics with Le Labo’s more popular scents (see below), at a significantly lower price point. 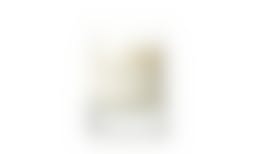 In certain circles, Le Labo’s Santal 33 fragrance has achieved a level of popularity that borders on cliché. But that’s not really something you need to worry about - because Santal 33 will never not smell good. So if you need something to enhance your home, consider the candle version of that scent: Santal 26. It smells like the impeccably maintained leather interior of a luxury automobile with some subtle floral/vanilla notes thrown in, and a brief burn will fill your living room with a scent that’s immediately recognizable (once again, in certain circles). 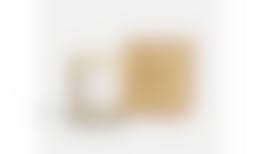 Brooklinen is mostly known for their tasteful, well-made sheets that won’t fall apart while you sleep on them. But they also have candles now, and this Dusk one smells nearly identical to Le Labo’s Santal 26. When you want to trick house guests into thinking you’ve invested $75 in burnable wax without having to actually do that, this is your best choice. 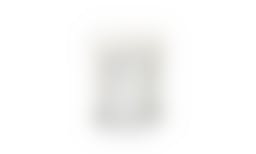 Fresh but not citrusy, floral but not sickly sweet, Dyptique’s Baies is another staple of the luxury candle market. Made in France and inspired by blackberries, you’ve probably smelled this candle while browsing linens at a pricey boutique while a crisply-dressed salesperson stared at an iPad behind a counter. It’s another one of those now-classic scents (slightly less aggressive than Santal 26), and you really can’t go wrong. 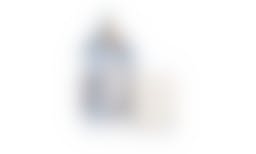 When Creative Coordinator Tessa Kenney doesn’t feel like spending $68 on a Dyptique Baeis candle (understandable), she goes for this one by Seda France. Instead of berries however, the notes lean toward rhubarb, passionfruit, and peach. Still, your guests probably won’t be able to tell the difference - and this is about half the price of the Dyptique model. 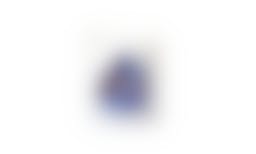 Editorial Director Diana Tsui is intractably opposed to fruity or floral scents in her home, so when she needs a candle, she tends to pick up something like this Kindling one from Otherland. This coconut/soy wax blend candle has a smoky/woodsy character, and it reminds Diana of visiting Buddhist temples with her mom. 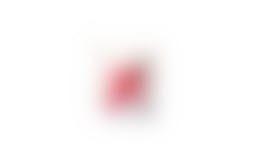 Senior Editor Lani Conway, on the other hand, doesn’t hate flowers - which is why she prefers the Daybed scent from Otherland. This candle has a strong floral aroma, and burning one will make you feel as if you’ve sunk into a spring-fresh bath full of (specifically) light pink roses and peonies. 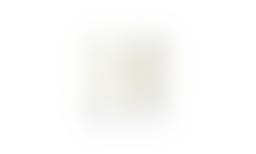 Founded by the descendant of a French botanist who was exiled to Madagascar and the surrounding islands in the 18th century, Maison Marie Louis draws on this family history with such scents as No. 9 Valee de Farney. This particular candle was named after a nature reserve on Mauritius, and it has notes of grapefruit, cedar wood, and black pepper. Senior Creative Producer Alicia Camden (a fan) says it smells like a snobby store where she’d “get Pretty Woman’ed.” 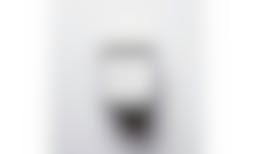 When you burn this candle from Brooklyn-based Perry Boyce, it smells as if you’ve moved into a log cabin filled with plants that all decided to bloom at the exact same time. That might sound overwhelming, but it’s surprisingly subtle, and the scent is rounded out with some sandalwood and lemon peel. This is a personal favorite of Senior Art Director Emily Ng. 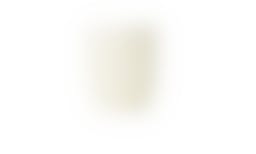 Aēsop. It’s the brand you hope to see in a hotel bathroom, but rarely ever do. Their little brown bottles are also the quickest way to tell any guests that you’re a detail-oriented and design-conscious minimalist who likes nice things. But if you’re all set on hand wash and toner, a candle will also do the trick. Their Callippus Aromatique variety has a woodsy quality with bright undertones of shiso along with some complex spice that makes just enough of a statement. 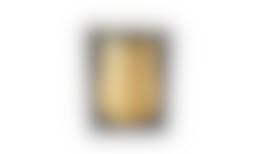 Cire Trudon smells like money. Not literally - but also maybe literally, in that these candles aren’t cheap, and you could probably use them as currency. You can tell these candles are pricey (and good), because even a brief burn will any room with your fragrance of choice. If you’re ready to begin the Cire Trudon lifestyle, try their Abd El Kader scent. With its mint, ginger, tea, and tobacco, this fragrance is unlike anything else out there. 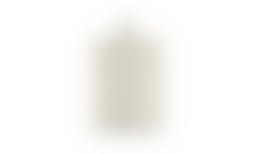 Earthy. Dewy. Like fresh cut grass. Those might not be qualities you associate with high-end candles, but there’s exactly one (and only one) reason for that: you haven’t burned a Jo Malone Green Tomato Vine Townhouse candle. On first sniff, this might smell like a pile of (artisanal) lawn clippings, but it shouldn’t take you long to realize that you not only enjoy this scent, you want every corner of your house to smell like it. 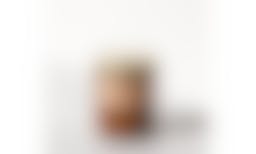 On the sub-$30 end of the spectrum, we at The Infatuation tend to gravitate toward P.F. Candle Co. This LA-based company makes their candles with domestically-grown soy wax, and their Golden Coast scent is a favorite of Staff Writer Julia Chen. Intended to evoke a beachy atmosphere, this one has notes of sage, redwood, and eucalyptus. Julia uses it for nostalgia purposes, despite the fact that she still lives in California. 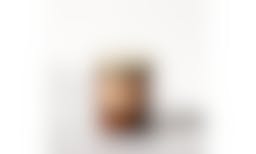 Noted jam fan Alicia Camden is also a fan of the jam-adjacent Black Fig scent from P.F. Candle Co. According to her, this candle “smells like someone who takes afternoon tea breaks, whose baked goods always come out flawless, who never loses their keys, and who is wise and worldly enough to truly appreciate fig jam.” Expect fig, evergreen, and baking spice. 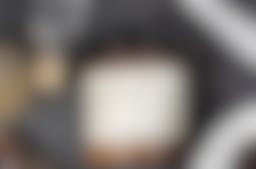 Staff Writer Anne Cruz is partial to this earl grey-scented candle from Paige’s Candle Co. According to her, it burns evenly, has a long burn time, and “smells like a super fancy sweater in a forest cottage.” Made from vegan soy wax in New York City, Earl Grey Taxonomy comes in a few different sizes, and Paige’s donates a portion of all sales to non-profits.