May 28, 2021
The Best Mayonnaise For Your Summer Picnics, Ranked
Including one you’ve probably never heard of.
AE
Written by
Alon Elian

If you like mayo, you’re in the right place. Have a seat, I’ll be with you in just a minute. If you don’t like mayo, I want you to know that you’re in good company. It’s one of the most polarizing foods there is - along with cilantro, black licorice, and... I want to say blue cheese? If I’m being completely honest, I never really liked it either. In fact, I refused to eat it for most of my youth - until the day I realized I hadn’t really ever had good mayonnaise.

I was 14 years old and had just finished my first day, at my first job, at the neighborhood deli down the street. I was tired and hungry, there was mustard on my clothes (and everywhere else), and it was almost time to go home. So I asked my boss for something to eat, and about 90 seconds later he handed me a chicken cutlet sandwich with mayo, lettuce, and tomato.

I was trapped in a hell of my own design. I couldn’t ask him to make me another sandwich, because that would’ve sounded ungrateful - so I did the only thing I could and went in. Everything changed for me that day. Not because I knew I’d finally have the money I needed to buy the Radiohead albums I’d seen at Sam Goody the last time I was at the mall, but because I knew that a new chapter of my life had begun - and that chapter would inevitably be slathered in mayonnaise.

Over the next 12 years, I got to work at some of the most iconic delis in New York City, learning all about the art of the sandwich - and, in turn, the sandwich’s ever-present assistant, mayo.

Anyway, that’s why I’m here with you now: to tell you what I’ve learned. I decided to try a bunch of different mayos and rank them, and these are the best of the best.

In case you’re imagining me sitting at a table and staring down a bunch of jars of mayonnaise with a spoon in my hand right about now, please don’t worry, I didn’t do that. That would be unhinged. What I did was invite about 10 friends of mine over for a mayonnaise party.

You also might be saying, “A mayo party? That sounds really gross.” And to that I’d say, “Ok, well, you’re still reading this, and you’re probably going to read the whole thing, so it can’t be that gross.” Also, it wasn’t as weird as it sounds. I just made BLTs, turkey sandwiches, ham and cheese sandwiches, smashburgers, potato salad, and tuna salad - then we all ate a bunch of food. It was a really lovely time. Now, onto my findings: 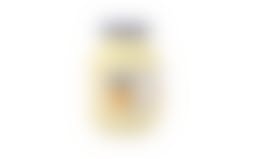 Do you ever wonder why a sandwich from the corner store tastes better than anything you could make in your own kitchen? I don’t. I know why. The reason is extra heavy mayonnaise, which is a variety of mayonnaise that isn’t readily available to consumers. This mayo can’t be found in supermarkets, or even the huge wholesale clubs - it’s mostly just available for restaurants and other foodservice businesses. So what’s the difference between this and your standard mayo? Extra heavy generally uses a lot more egg yolks and slightly less sodium - which gives the end product a much richer consistency and a milder flavor. It’s kind of like a cross between mayonnaise and butter. There are a lot of varieties of extra heavy mayo, but Hellman’s* is the very best I’ve tasted. It’ll turn any sandwich or mayo-based salad into something that tastes like it was made by the pros.

*I should mention that this variety only comes in a one-gallon container (again, it’s meant for places that might go through a jar a day or more). But, if you’re having a big backyard barbecue, or a get-together that might entail a bunch of different mayo-based salads or sandwiches, you should pick up one of these jars and use it for everything. 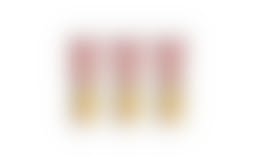 If you’ve spent any time watching chefs on YouTube during the last five or so years, you’ve probably seen this plush, red-capped bottle a thousand times by now. It’s also what you’d find at your favorite Japanese eateries, on top of dishes like okonomiyaki. It’s trendy, it’s expensive (since it has to be shipped over from Japan), and there’s a baby on the front wrapper for some reason - but does it live up to the hype? Yes, it does. Kewpie is a bit sweeter than traditional mayo, and it’s super creamy. It might not be my first choice for a turkey sandwich or BLT (see above), but that sweetness lends itself really well to things like burger sauce or sriracha mayos. It’s a really good mayo overall, and you should try it out at least once. 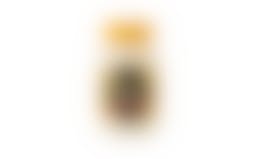 If you ask anyone below the Mason-Dixon line about Duke’s, they’ll tell you it’s the de facto mayonnaise where they’re from - and for good reason. Duke’s has a really thick consistency and a rich mouthfeel that makes it ideal for mayo-based salads or any sandwich application. It also has no added sugar and uses both distilled white and cider vinegar in its recipe, so if you want a very tangy, savory option, this is the one for you. Unless you live down South, Duke’s can be really hard to find in stores, but thanks to the magic of Al Gore’s internet, you can purchase it here: 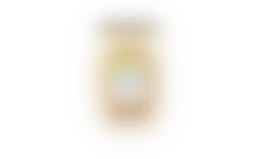 If you can believe it, Heinz only started making mayonnaise about three years ago - which feels strange because they’ve been selling things like ketchup, relish, and horseradish for over 150 years (which is way more than three years). All that being said, Heinz came out of the gate with a pretty great recipe. It’s super creamy, has a nice golden color, and there’s a sweetness to it that’s not unlike Kewpie. In fact, I’d say Heinz Mayonnaise is pretty much the American version of Kewpie. So if you can’t get your hands on the latter, this is a good substitute. 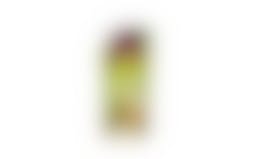 Alacena Mayonesa is a Peruvian mayonnaise which has a recipe that’s largely the same as other mayos, but also contains some lime juice. This tangy, slightly more acidic mayo works great in salads (people went absolutely wild for the batch of potato salad I made with Alacena), and if you’re making a creamy salsa verde for a Peruvian-style rotisserie chicken or a marinated skirt steak sandwich, I really wouldn’t recommend using anything else.

Make me a promise. Now that you have this knowledge, please only use it for good. Make a tuna salad for someone you love. Turn an ordinary cold-cut sandwich into something that would make Leonardo da Vinci absolutely lose his mind (I originally wanted to say George Washington, but then I found out mayonnaise was invented in 1756). And finally, make a grilled cheese with some mayonnaise on the bread instead of butter. It’s actually very very good.