August 16, 2021
These Are The Best Instant Noodles To Buy Online, According To An Obsessive
An incomplete list of my current favorites from the classic Shin ramyun to Penang curry mee.

To say that I love instant noodles is an understatement. Did I devote an entire extra large box, during my cross-country move, just to bring back the unopened ones in my kitchen? Yup, and even marked it fragile with five exclamation points. Could I eat it for breakfast every day? Probably. Was I that person who brought an extra suitcase with me to Tokyo just so I could stuff it entirely full of cup noodles? In my defense I did share a (very small) selection with friends!

When I was living in Los Angeles, one of my favorite things to do was make the rounds at 99 Ranch, California Market, and Tokyo Central. Growing up on the East Coast, Asian supermarkets were smaller, by virtue of less space in these cities, and the selection limited, again because real estate is at a premium. But the ones in California? It’s like hitting up the massive basement food halls you’d find in Singapore, Tokyo, or Hong Kong where every aisle was full of delicious items you wanted to try. Setting me loose in one of these markets is like letting me go on Supermarket Sweep - I’d literally barrel my way through and inevitably my cart was always full of instant noodles.

Of course, I had one ground rule: No buying the same package of instant noodles twice in a row at the supermarket, unless it was a gift for a friend. And even then, I don’t think I tried them all before I moved back to New York City. That said, I have a few favorites among my nowhere near exhaustive list of best instant noodles. Oh, and before you ask: I only included the packet kind and not the microwaveable ones. I like to cook everything on a stovetop and add in other ingredients like eggs, veggies, or fish balls.

Read on for my favorite instant noodles, all of which you can find online, if you don’t happen to live near an Asian market. 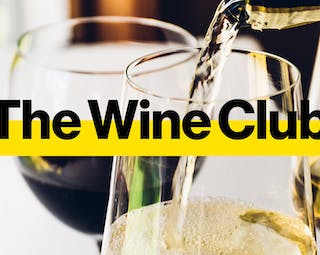 Everything You Need To Know About Our New Wine Club

Okay, this is probably the most obvious and well-known of the bunch but it’s for good reason: the spicy noodles are a classic. While you can find them at most grocery stores, you can also stock up online. I like to add some bok choy and crack in a raw egg while you’re cooking to make it a well-rounded meal.

Garlicky and savory, these noodles were my default meal in college. Be it breakfast, lunch, dinner, or midnight drunken munchies, all I needed to do was boil them up, drain the water, and mix in the seasoning packets. If you’re feeling ambitious, I highly recommend adding a fried egg on top as well.

The noodles in these ramen packets aren’t the slim udon-style normally used in black bean noodles, and the sauce features rehydrated bits of veggies and meat instead of a thick ladleful of ground pork. Does this taste like the ones you get in a restaurant, served with a side of pickled radish? No, but that’s not the point. Both are delicious in their own right, except you can pull this package out at any time and have a quick meal in under 10 minutes.

Where there is chapagetti, so must there be neoguri. If you’ve watched Parasite, you’ll know the two combined make chapaguri: a spicy seafood meets umami match made in heaven. If you’re too hungry to make two different ramens and want something faster, Nongshim also makes a combo cup noodle that you can microwave in under six minutes.

If you search “hot Korean noodles” on YouTube, you’ll likely see someone eating a bowl of this stuff red-faced and sweating. As someone who can handle their spice, I won’t lie: these noodles are really really freakin’ hot. But despite the profuse tears they induce, the flavor makes you want to take bite after bite. There’s a slight sweetness to it that offsets the high level of heat and to temper it, I’ll sometimes add in a slice of American cheese. Does it work? Not really but it tastes good.

Whenever I’m feeling off, I’ll make a packet of these noodles. They’re the instant version of seolleongtang, aka Korean beef bone broth. They’re soothing, nourishing, and basically what I give everyone as a care package when they’re sick.

I picked these up on a whim at 99 Ranch and they’re by far the most flavorful noodles I’ve ever tried. Made with fermented shrimp paste, they’re on the saltier side. And I don’t recommend drinking the soup, unless you feel like also chugging the same amount of water, to offset the bloat. The flavor of the Penang curry isn’t identical but my friends who hail from there say it’s pretty close. Pro tip: save the soup, add in more noodles, and you have a second meal that’s as good as the first.

MyKuali has a following, which means they’re often in low stock or sold out. These, by Ibumie, have a similar flavor and are easier to find in stock. The only downside is that they’re more expensive.

Another dish I loved to eat while in Singapore is bee hoon, a rice noodle soup made with seafood. I’ve yet to find a restaurant in the United States that serves it, so until then this instant packet is the closest I’ve come to enjoying it. The broth tastes deep and rich, like the fish has been simmering in it for hours, when in fact it takes around 7 minutes to cook.

Speaking of rice noodles, if you want to try another dish that isn’t as easily found in the United States, this instant noodle is definitely worth getting. It’s a common snack from Luizhou and consists of a broth made with river snails and pork. The package also includes chili oil, bits of pickled bamboo shoots, and peanuts for a combination that’s spicy, sour, and crunchy. The only downside is that there are no instructions in English so you’ll need to Google how to make it correctly.

A classic, found in cha chaan tengs around the world. You really don’t need to do much except add in some greens and an egg.

Most people crave chicken soup when they’re sick, I crave chicken flavored instant noodles. I happen to think anything with a dash of MSG tastes better.

Courtesy of terrible jet lag one night in Tokyo, I woke up at 3am starving and proceeded to slurp down the cup ramen version of this noodle. It was so delicious I proceeded to buy 10 more cups, to stash away in my suitcase. Thankfully, now I can get it on Amazon. The garlicky, pork broth easily holds its own against any top ramen spot and I’ll even splurge for the char siu to simulate the restaurant experience.

If you’re looking for a more protein-heavy noodle or are looking to switch for a low-carb instant ramen routine, immi’s noodles are packed with flavor and are healthier than your standard instant ramen packet. Immi’s ramen is also plant-based, so it makes a great option for vegan ramen obsessives.

Some Extras, So You Can Enjoy Your Noodles Properly

For the longest time I used a tiny saucepan that threatened to overflow if I was too ambitious with my toppings. Don’t be like me. I promise you everything tastes better if you use a proper pot and bowl for your noodles.

Upgrading from a tiny saucepan that barely accommodated instant noodles for one was the best thing I ever did. For the longest time I was searching for a schmedium pot, and this one is by far the best. It’s neither too small nor too big and can make enough noodles or pasta for two, in case your partner or roommate suddenly decides they want some too.

This set, which comes with two of everything from bowls to spoons to chopsticks to chopsticks rest makes for the perfect housewarming gift for any noodle lover.

If you’re into ceramics, you’ll probably love this bowl. Made by Rory Shamlian, it’s wheel-thrown and not mass produced. You can tell by the ridges on the exterior.

Inspired by the sky, ocean, and earth, ceramicist Anita Le Grelle creates pieces that feel special and expensive. And really, don’t your noodles deserve that?

Here’s another inexpensive gift set that you can get for the ramen lover in your life. They’re the same shape and size as the bowls you’d get at noodle shops, so you’ll have everything you need to recreate that experience at home.