August 31, 2021
What’s The Best Dutch Oven? And Is A Le Creuset Really Worth It?
Our thoughts on the classics, plus a few budget picks.

If you could only use one piece of cookware for the rest of your life, what would it be? A frying pan? Or a maybe sauté pan? Both solid answers, but technically incorrect. You see, a Dutch oven can do anything.

You might assume that what we just said was an exaggeration, and, if so, we applaud your skepticism. But the truth is, Dutch ovens can boil, fry, braise, bake, and more. How is this possible? It’s due two factors: shape and material.

First off, a typical Dutch oven is more or less shaped like a stock pot. It can therefore be used for such things as soups, stews, and deep-fried foods — while the bottom is a flat cooking surface suitable for searing and sautéing.

Now we get to material. Dutch ovens are almost always made out of cast iron, which is exceptional at retaining heat. So why not just use a cast-iron pan? Unlike your standard cast-iron pan, Dutch ovens usually have an enamel coating, which makes the surface non-reactive (cast-iron isn’t great for acidic foods), and this coating also means you won’t have to season your Dutch oven or worry about rust (for the most part).

Unfortunately, enameled cast-iron also tends to be more expensive — and you can wind up spending up to around $500 on a quality Dutch oven. But are any Dutch ovens actually worth that much? And are there any cheaper versions that perform just well as those high-end ones? Those are the questions we’re here to answer. Check out this rundown, then choose the Dutch oven that’s right for you. 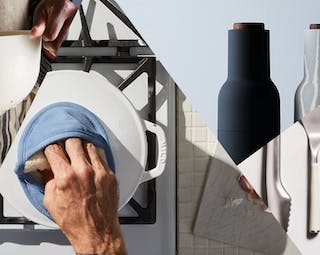 I Have A Massive Google Sheet Of Everything You Need For Your First Kitchen, Here’s What’s On It 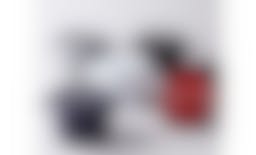 It’s hard to single out one reason why we love Staub Dutch ovens (which they call “cocottes”). If we had to choose, it might be the near-cylindrical shape, with steep walls and a big, flat cooking surface on the bottom. Or it could be the snug-fitting lid with stalactite-like peaks on the interior that promote continuous basting. There’s also the rock-solid construction and timeless aesthetic, both of which will encourage you to pass this fine piece of cookware along to future generations.

With that in mind, we find it pretty easy to justify a Staub price tag. (Attractive objects that work well and last forever are safe expenses in our book.) And if you happen to find your Staub (typically $300-$400) on sale, that’s a win all around. We like the five-quart version, which feels compact but still holds plenty of volume.

A Classic That Isn't Going Anywhere 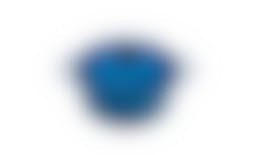 Le Creuset is a household name that’s been around since 1925. Their Dutch ovens are still produced in France, and they have that signature Le Creuset look that falls somewhere between cottagecore and seaside-town-in-Normandy. Is that why these Dutch ovens are so expensive? Sort of. But if a company with a proven track record is charging a premium for their products, you can’t really fault the company.

Similar to Staub, Le Creuset’s Dutch ovens can creep into the $400 or even $500 price range. Other, cheaper Dutch ovens will perform the same basic functions nearly as well, so the questions you have to ask yourself are: Am I going to use my Dutch oven frequently? Do I plan on keeping it forever? And are looks at least somewhat important? If you answered yes to all of those questions, go for a Le Creuset. (Or a Staub. The folks at our company are split between the two.) Easy to clean and hardy enough for everyday use, with top-of-the-line performance in areas from braising to sautéing, you can’t go wrong with this immediately recognizable piece of cookware. 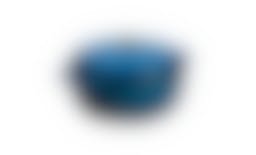 When you’re buying cast iron from Lodge, you can be sure of two things: A) you’re getting a quality product, and B) it probably won’t be that expensive. Lodge cast-iron pans are a kitchen essential, for example, and they only cost around $18. So it shouldn’t be a surprise that Lodge makes a perfectly serviceable Dutch oven that you can easily find for less than $75.

Performance-wise, this will boil, bake, and braise with the best of them. Aesthetically, there isn’t a whole lot going on, and the sloped sides create a slightly smaller searing area at the bottom — but those are minor details. If you’re on a tight budget, and all you want is basic cooking functionality, Lodge is the correct route. Just don’t expect the same level of longevity or durability (in terms of the ceramic coating) that you get with a Staub or Le Creuset. 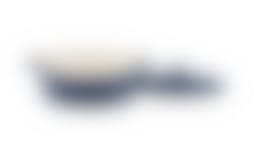 Want a pretty Dutch oven that works well and doesn’t cost several hundred dollars? Allow us to introduce you to a company called Cuisinart. Yes, that Cuisinart. One of us at The Infatuation has had a Cuisinart Dutch oven for about eight years now, and, though the interior enamel is showing a bit of wear, the piece of cookware remains fully functional and, surprisingly, still plenty attractive. This sautés nicely, the lid fits snugly, and, if you squint, it looks like a Le Creuset. Overall, we say this outperforms the price tag and think you grab one if you can’t bring yourself to go all-in on something more expensive. 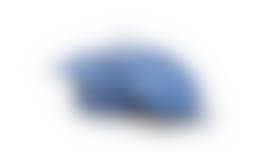 If you haven’t heard of Misen, they’re worth checking out. This is a relatively new direct-to-consumer cookware company, and they specialize in pots, pans, and knives that feel fairly high-end but cost significantly less than other high-end competitors. Recently, they released their first Dutch oven, and, surprisingly, it’s massive.

With its seven-quart capacity, you could use this thing to feed an extended family. The exceedingly large volume also means you have an especially large surface on the bottom that you can effectively use as a griddle — although it does make day-to-day cooking (for one or two, say) a little more awkward. Aside from its spaciousness, we also appreciate the heavy (optional) grill lid that can you can use separately, and, while the finish isn’t as refined as a Le Creuset or Staub, the interior ceramic coating feels especially robust. We’ll monitor wear as time goes on, but, for now, this feels like a great option for anyone who needs a durable, high-capacity Dutch oven that costs roughly half of what competitors charge for similar-sized options.

The One You've Seen Everywhere 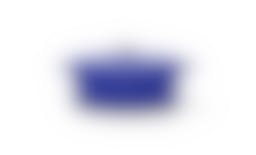 Staub and Le Creuset Dutch ovens work well, yes, but they also look nice — and we’re pretty sure Great Jones took note of this. The Dutchess (which is what Great Jones calls its Dutch Oven) is, without question, very nice looking. It comes in seven (occasionally pastel) shades and keeps things simple with big looped handles and a minimalist silhouette. And that’s all great, but you don’t buy a Dutch oven for looks.

The thing is, the price on this thing is pretty reasonable for what you get: a high-capacity 6.75-quart piece of cookware that’s great for making stock, meal-prepping stews, or conducting large-format braises. We have, however, experienced some exterior chipping with ours (nothing that affects performance), and the matte finish has dulled a bit. Long-term, we’d probably take a seven-quart Cuisinart over this — but a Cuisinart doesn’t have the same visual appeal. Consider your priorities, and purchase accordingly. 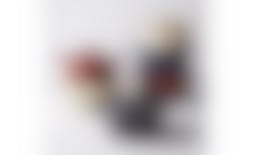 Remember when we said that Dutch ovens are almost always made out of cast iron? Well, here’s one that isn’t. Emile Henry makes ceramic Dutch ovens, and there are several implications for this. First off, your Emily Henry Dutch oven is going to be significantly lighter than a cast-iron version. So if you need something that’s easier too lift, this is it. Cast iron is going to be better for searing, but this ceramic Dutch oven is great for just about everything else.

Making a soup, stew, or a batch of tomato sauce? You can do that in here. Also, this is not only safe for the stovetop, but can go in the dishwasher and microwave as well. In short, if you’re going to use your Dutch oven as more of a heat-retaining stockpot for long, slow applications, Emile Henry is a great choice. 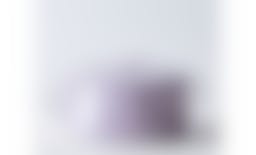 This... isn’t a Dutch oven. Now that we’ve come clean about that, we’d like to briefly discuss the Dansk (recently acquired by Food52) Kobenstyle Casserole. In terms of design, this is winner — and not just because you can use the lid as trivet. Function-wise, this is sort of like a diet Dutch oven. It has the same enamel coating, but the material underneath is neither ceramic nor cast iron. It’s steel, which means this isn’t as good at regulating temperature during hours-long braises. But if all you need is an easy-to-clean piece of cookware that — like a Dutch oven — can produce a stew and go from stove to oven to table, you can save some biceps and forearm strain by going the Dansk route.

Everything You Need to Host Rosh Hashanah
Celebrate the new year in style.