June 29, 2021
The Best Canned Cocktails To Buy Online
Everything from Margs and Old Fashioneds to Paper Planes and yuzu-flavored drinks.

Space exploration seems hard. As does any kind of sub-atomic research. But do you what really impresses us? A good canned cocktail. You might think they’re easy to make, but lots of canned cocktails can be too sweet, too bitter, or just a little too convoluted. Turns out, it’s really hard to make pre-mixed, shelf-stable drinks that can hold their own against the beverages you find in high-end bars. But that hasn’t stopped people from trying - or, more crucially, succeeding. There are plenty of worthwhile canned (and bottled) cocktails on the market, and we conducted some very thorough taste tests to find the best ones.

Whether you’re going camping and want to take along some grab-and-go Old Fashioneds or you’re hosting a gathering at which you’d rather not be shaking Margaritas the whole time, here’s what we suggest. 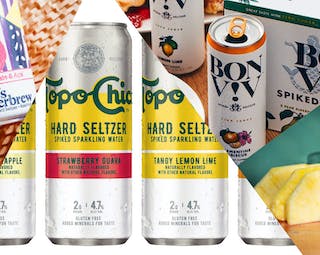 The Best Hard Seltzers To Drink This Summer 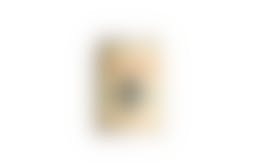 The Old Fashioned is one of the simplest (and oldest) cocktails around - so you’d think it’d be easy to make a good one. But since this drink involves so few ingredients, you need to make sure that your recipe is on point. Tip Top nails it. Their version has the perfect balance of sweet and bitter, and it lives up to everything we imagine when we hear the words “Old Fashioned.” The can is also small enough to fit in your pocket, so you can easily take one or six to your next picnic. Don’t forget to add ice, and try Tip Top’s Manhattan if you want to mix things up. 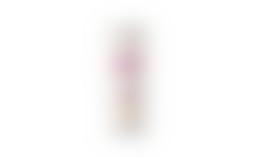 You are, perhaps, familiar with the Aperol Spritz. Social Hour’s Pacific Spritz isn’t one of those per se, but it is pretty close, and we’d guess that it’s modeled after one. Social Hour’s drink has the same interplay of light bitterness and bright citrus you expect from an Aperol Spritz, although the addition of passionfruit and rosé amp up the flavor and give this canned cocktail some juicy backbone. For Spritz fans, this is a highly portable no-brainer. Drink this straight out of the can, or pour over ice, add a touch of soda water, and squeeze a lemon wedge over the top. 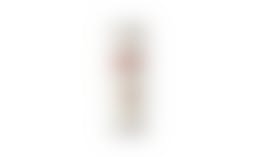 A good Whiskey Mule depends on two things: quality whiskey and quality ginger beer. That’s it. So you’d think there’d be a bunch of great pre-packaged options you could pick up at the store. That, unfortunately, does not seem to be the case - but at least we have Social Hour’s Whiskey Mule. It’s made with real rye whiskey (from New York Distilling Company), and the ginger beer used has a notably spicy kick. In other words, this tastes pretty much exactly like a Whiskey Mule you’d be served in a bar (assuming the bar has good ginger beer).

Another Mule We Endorse 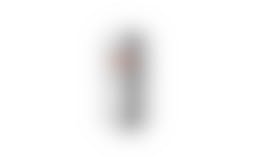 Prefer your Mule with vodka? Try the Moscow Mule from Five Drinks Co. This company could’ve just poured vodka and ginger beer into their cans, and that honestly would’ve been enough, but, apparently, they were more ambitious than that. The Moscow Mule from Five Drinks Co. incorporates tamarind and coconut water (in addition to vodka, lime juice, and ginger beer), so it winds up tasting a lot brighter and more dynamic than your typical Mule. It’s also delicious straight from the can. Garnish with a lime wedge, or, if you don’t have a lime, skip that step. This cocktail has plenty of tartness already.

A Different Sort Of Mojito 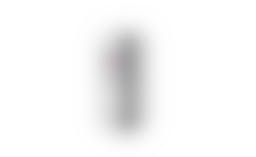 Five Drinks Co. is great at creating balanced cocktails (i.e., making drinks that aren’t too dry or sweet) while incorporating just enough complexity. This Mojito, for instance, isn’t as aggressively sugary as a lot of the Mojito’s you’ll find in bars and restaurants, and the sweetness that is present seems to come in the form of passionfruit. Along with an understated minty kick, that’s mostly what you taste here, and we aren’t complaining. The combo of lime, mint, rum, and passionfruit works extremely well, and you’ll probably wish you had a punch bowl full of this stuff the next time you have some friends over.

One thing we’ve noticed is that it’s hard to make non-fizzy pre-made cocktails that incorporate tart citrus. This must have something to do with either the cost or perishability of lemon and lime juice, and it often leads to artificial-tasting drinks. So we were slightly skeptical when approaching Straightaway’s Margarita. Ours came in a single-serve 50ml bottle (there are a few other sizes available) - and it was alarmingly delicious. For the most part, the drink just tasted like an exceptional marg - then we noticed it’s made with both reposado tequila and mezcal, with the addition of mango syrup and habanero. So maybe that’s the secret. Straightaway’s Paper Plane is also impressive (honestly, it’s impressive that a pre-made Paper Plane exists), and their Martini is one of the most elegant things you can sip on the go. For these reasons, we suggest a variety pack. 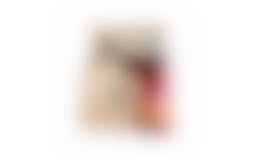 St. Agrestis is a Brooklyn-based company that specializes in amari. For that reason, they were especially well-positioned to offer their own pre-made Negroni, and, unsurprisingly, their take on that cocktail is worth picking up. Made with their own Campari-esque Inferno Bitter and Greenhook gin, St. Agrestis’ Negroni isn’t quite as bitter as the standard model (which will be a plus for certain palates), and it’s a little more complex than most Negronis we’ve encountered. There’s a strong herbal undercurrent as well as some chocolately notes from the Torino-style vermouth, and, for some reason, we feel compelled to garnish with a lemon twist (as opposed to orange). Pour this drink over ice, and we doubt anyone will be able to tell it was premade.

Get St. Agrestis Negroni Cocktail (from $7) → 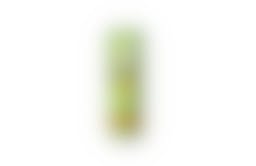 There are, essentially, two kinds of Margaritas nowadays. You have the bespoke ones made with lime juice so fresh it still tastes like sunshine, then you have the shortcut ones often made with sour mix, which you might find at your local chain restaurant or dive bar. Both are great, and we mean it as a compliment when we say that this canned Cazadores Margarita is somewhere in between. This is exactly the sort of thing we’d like to casually drink at 6pm on a Friday whilst thinking about the beach. It’s crowd-pleasing, not-too-sweet, and super convenient if you’d rather not juice a bunch of limes yourself.

Get a Cazadores Margarita Canned Cocktail (from $16) → 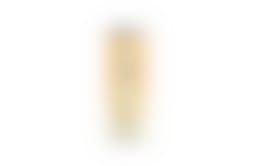 In our view, the defining characteristic of hard seltzer is a lack of sugar - but Lunar hard seltzers (and a bunch of others, for that matter) have a subtle hint of sweetness. We’re big fans, but, for the reason just mentioned, we’re more inclined to throw these drinks in the canned cocktails category. That’s where they thrive. Think of these as low-sugar options for when you want an easy, straightforward, flavorful cocktail that you can pull out of your fridge at any given time. Varieties include lychee, plum, and yuzu (our favorite of the bunch), all of which were inspired by Asian American flavors. If hard seltzer just doesn’t do it for you, Lunar might, and just about any other drinkers should be into these non-cloying cocktails as well. 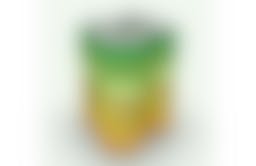 This one came out of left field. We didn’t try a ton of savory cocktails, and - no offense to Bloody Mary drinkers - we certainly didn’t set out to find our new favorite Bloody Mary. But here we are. To be fair, Vervet’s Pale Mary isn’t really a Bloody Mary. It swaps tomato juice for tomato water and thereby becomes something a whole lot lighter. (As opposed to traditional Bloody Marys, you can actually drink several of these in one sitting.) Made with gin and celery bitters, the Pale Mary is still plenty flavorful - but it doesn’t feel like you’re drinking gazpacho. We’re fans, and the fact that this is not the sort of thing we’d typically gravitate toward should tell you something. 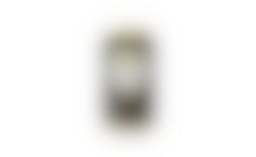 The Bee’s Knees (gin, lemon, honey) has been an underrated cocktail for a while now, despite the fact that it has a very fun name. But maybe the flagship offering from CanBee Cocktails will do something about that. Founded by beekeepers, this company has its own canned Bee’s Knees, and this (fizzy) take on the cocktail is all-around delicious. The honey flavor is rich and pronounced, but the drink itself isn’t overly sweet, and the gin flavor is subtle, in case you aren’t a huge fan of gin. Plus (since bees are important), CanBee donates a portion of their proceeds to bee conservation efforts. 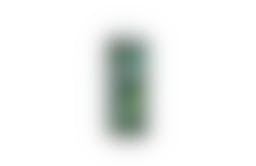 Much like the Old Fashioned, the Caipirinha is not that complicated. All you need is lime, sugar, and cachaça. There is, however, quite a bit of muddling involved, and you need to make sure that you’re using the correct ratio of sugar to lime (which gets a little harder when you’re muddling actual lime wedges). If you’d rather skip all that work, Novo Fogo makes a very convincing and highly flavorful facsimile. It definitely leans toward the sweet side, but, if anything, we like that about it, and if you pour this drink over the rocks and add a lime wedge, it should taste just about perfect. Keep a few in your cupboard for any impromptu backyard parties. 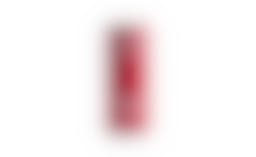 After trying a few cloying Palomas, this version by Miami Cocktail Co. was a surprise. While it still tastes juicy, there was enough fizz and bite from the alcohol to cut through the sweetness. At 4% ABV it’s more of a spritz than a full blown boozy beverage, so it’s the type of canned cocktail you’d be able to drink on a hot day without feeling a sugar-induced hangover immediately after. 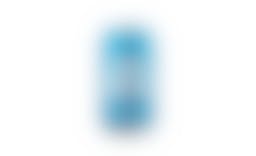 Americans might be less familiar with Finnish Long Drinks, but the lightweight beverage is a classic in the country. Conceived by the government in 1952, as a way to serve lots of guests during the Summer Olympics, the drink is normally made with a mix of gin and fruit juice and can be found on tap in restaurants or stores. This version, which has grapefruit, lemon, and lime in it, tastes identical to Fresca and is one of the classic ways the cocktail is made. At 5.5% it’s another low ABV choice, if you’re looking for something not too strong.

Everything You Need To Host Your First Post-Pandemic Dinner Party
Don’t stress, you’ve got this.

So You Bought An Instant Pot During Prime Day, Now What?
Let me introduce you the wonders of pressure cooking.

All Of Our Favorite Things On Sale This Week
These good deals from Nordstrom, Verishop, Away, and more are guaranteed to sell out.