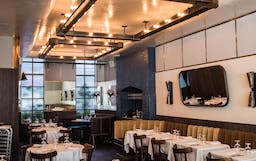 Pour a cup of coffee on the floor, and ask some coworkers what they see. Your boring coworker might say, “A cloud.” And the sarcastic one that no one likes might say, “Coffee.” Then, depending on how weird everyone else is, you might get things like “a bird,” “a different bird,” or “Caesar and Cleopatra on the royal barge.” Well, congratulations. You just made a Rorschach test. And if you want to try another, check out The Loyal.

The Loyal is in the West Village, it’s whatever you want it to be. It’s perfect for a fun night out, and it works just fine for a dinner with some parents. It’s also nice enough for an anniversary dinner, but it isn’t so prohibitively expensive that you couldn’t come here with a friend on a Thursday night. And feel free to bring whomever.

No matter who you take, they’ll find something to eat. The menu here is dense, with some 1950s-cruise-ship items like a lobster cocktail and other things that feel interesting and new like “drunken” eggs and mushroom carbonara. And, while there’s definitely a lot of meat here, vegetarians will have some options that won’t feel sad. This place is from the same people behind Nix, after all. 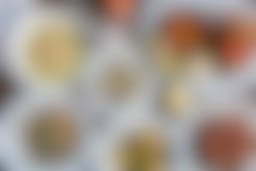 There are, in fact, so many options here that you might be a little skeptical. The thing is: pretty much all the food is very good. We wouldn’t say there’s any one standout dish, but most of the stuff here is worth ordering. Even the smaller things like the plate of fried mushrooms and radish salad are great. You should, however, be sure to order at least one of the pastas (they’re appetizer-sized, so actually maybe get two) - and if you’re looking for a new burger, try the one here.

Maybe even stop in and eat it at the bar. They serve the full menu there. Although if you’re with a group or a date, get a table in the dining room. It tends to be dark and crowded, and, with all the booths and mirrors, it sort of feels like a place from the ’90s - somewhere you might’ve seen James Spader, Freddy Prinze Jr., or Winona Ryder before she started playing home-improvement guru Joyce Byers on Stranger Things.

In the end, The Loyal feels celebratory. Which isn’t to say you need to wait to come here. Sure, it’s great for a birthday dinner - but if you want to bring a few friends on a Friday night or a date who is seemingly okay with your corgi obsession, it works for that as well. There are a lot of ways to look at this place, but, inevitably, you should see something pretty great. 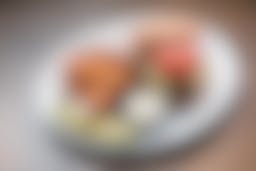 The tomato on this thing will probably fall off at some point, but this burger is still great, and the duck fat tater tots are even better. Dip them in the horseradish sauce. 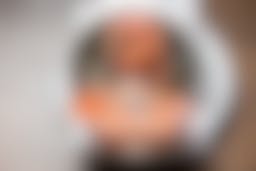 This a great way to start your meal, and it’s also the perfect way to feel like you’re at a party in Hollywood in 1926. 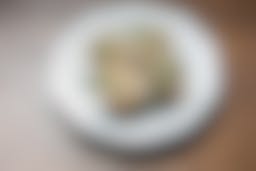 These are hard-boiled eggs sprinkled with crunchy rice bits. And while that might sound like something you’d make for yourself if you ran out of food in your house, these are actually pretty good. 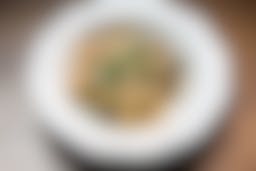 This pasta is rich and creamy, and it’s infinitely better than anything called “mushroom carbonara” should be. Split a plate with one other person. 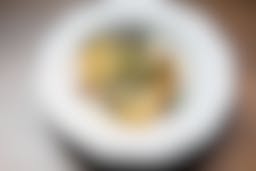 Ravioli filled with beef and salty broth. These are great - but you won’t get many of them. So either order the large portion (this come in two sizes), or make up some phobia you have of sharing. 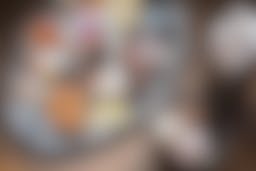 The Loyal’s DIY sundae. It comes with enough ice cream, whipped cream, chocolate sauce, and candy for roughly two to three people, and you should order it if you’ve ever had a birthday that didn’t live up to expectations.

The skin on this duck is crispy and sweet, and the portion size is actually pretty large. It’s one of our favorite larger things here, and the farro it comes with sort of tastes like a healthier version of Thanksgiving stuffing.

Unless you’re a rabbit, “Four Radishes” sounds bad. But between the smoked trout, the salmon roe, and the radishes themselves, there’s a surprising amount going on here. We’d order it again.

Llama San is a Nikkei restaurant in the West Village from the people behind Llama Inn. It’s pricey, but the food is incredibly delicious. 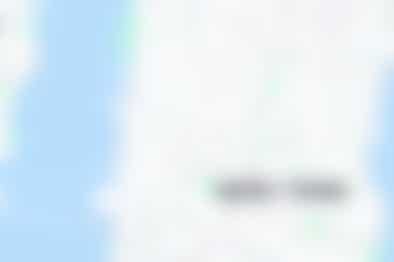 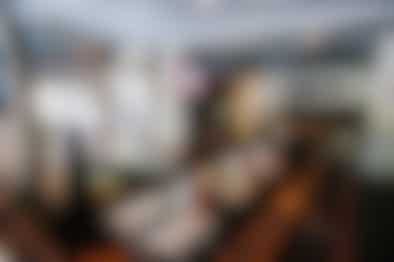 We all get cravings for wings, cheesesteaks and waffle fries sometimes, and when we need to take care of that situation, Wogies is there for us. 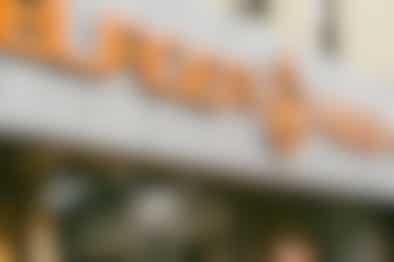 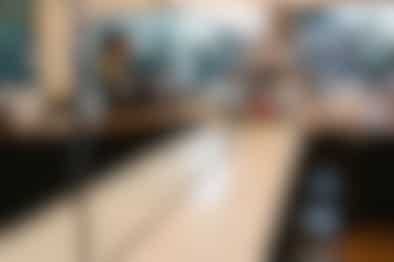 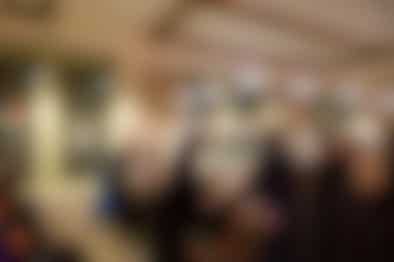 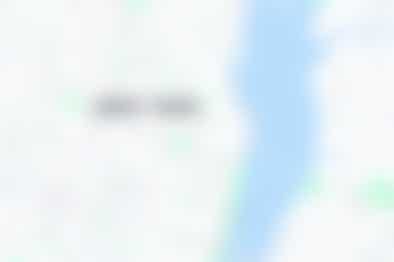 232 Bleecker is an American spot in the West Village where you should sit at the chef’s counter and order roast chicken and wine.
Restaurant Finder