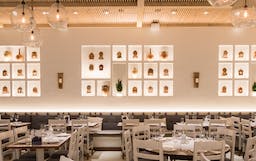 Get directions
Visit website
Perfect For: Big Groups Dinner with the Parents

Around the time Kyma opened, we heard that Billy Joel had dinner there. And that makes perfect sense for several reasons. First off, the original Kyma is on Long Island, which happens to be the longtime home of Billy Joel. This Greek restaurant in Flatiron is also a little more expensive than we’d like it to be (much like a Billy Joel concert), but has a few greatest hits that make it worthwhile.

Kyma specializes in seafood, so that’s mostly what you should order here. There are oysters, crab cakes, and a couple of good crudos, but for an appetizer, we especially like the more-filling grilled octopus. At $24, it’s certainly not cheap, but we’d gladly eat several servings of these little charred octopus medallions. Whatever else you choose, be sure to A) avoid the disappointing pasta and B) get a whole roasted fish. There are a few basic varieties like branzino and red snapper, and they come out perfectly cooked, filleted, and large enough to split with one other person. 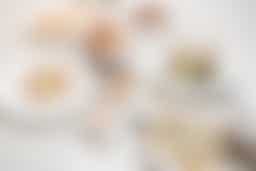 Due in part to the quality of the fish, Kyma is the sort of place where you’ll pretty much always find a crowd - and that’s half of the appeal. The bar up front is usually packed, the space is lively without being irritatingly loud, and it’s a great night-out option for anyone who no longer has Advil and Gatorade for breakfast on weekend mornings. It’s also pretty spacious, with high ceilings and big white walls decorated with what appear to be Greek artifacts, and overall it feels like something you’d find at a nice but slightly cheesy Mediterranean-themed resort.

If you need a kind of sceney, semi-upscale spot for a last-minute dinner, Kyma will work well. Yes, the non-seafood items are hit-or-miss, and everything costs a little more than it should - but reservations aren’t tough, you don’t have to keep your voice down, and you can have some great food if you order correctly. In other words, it has the potential to be a crowd pleaser, much like that Billy Joel tape you found under your seat on your last road trip. 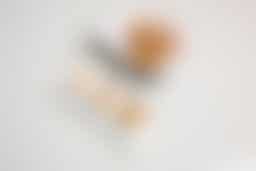 If you want to go the (relatively) cost-effective route, start with a trio of dips. The pita itself isn’t anything remarkable, but the hummus, spicy feta, and skordalia are fresh, creamy, and good enough to eat by themselves. 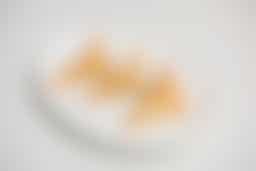 Throughout your typical day, you might space out and start thinking about handheld pies. Even if that doesn’t happen to you, you should still probably get an order of these crispy little spanakopita. 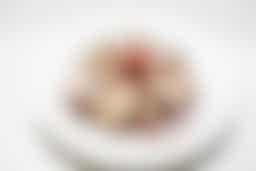 For $24, we expect a slightly larger portion. That said, this is a good plate of food, and it’s hard to complain once you start eating. 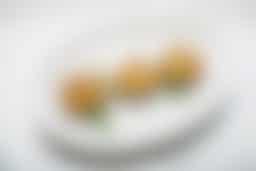 Other than the dips and spanakopita, non-seafood items at Kyma tend to be skippable - and these fritters are the perfect example. They’re so thick that they can be undercooked in the middle, and there isn’t enough sauce on the plate to hide that fact. 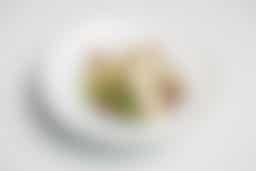 For the most part, this is a very standard (and slightly boring) salad. But grilled halloumi improves pretty much everything, so if you need a bowl of lettuce at some point during your meal, go with this one. 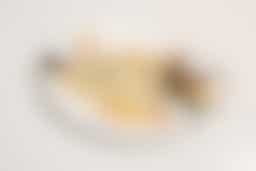 Get a whole fish here. They’re big enough to split between two people, and this is part of the reason why you’re at Kyma in the first place. 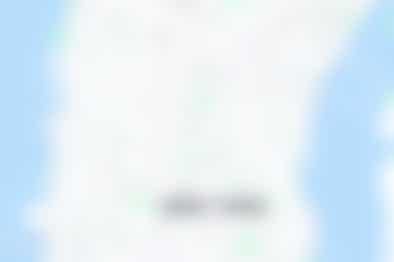 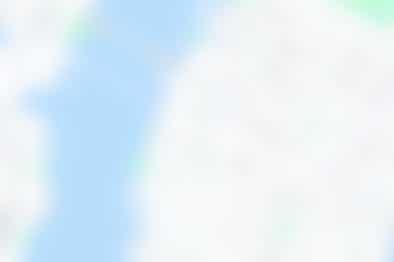 Milos Wine Bar is a casual, all-day spot in Hudson Yards that’s a good place to get an affordable glass of Greek wine. 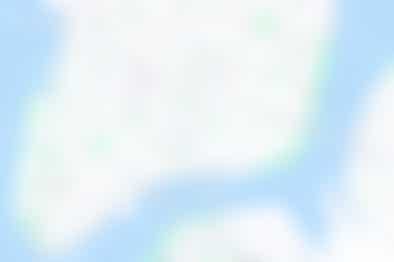 Kiki’s Grill is across the street from Kiki’s on the Lower East Side and serves a very similar menu of Greek food, but with much shorter waits.

Pylos is a longtime Greek restaurant in the East Village, and it’s a perfect back-pocket spot. 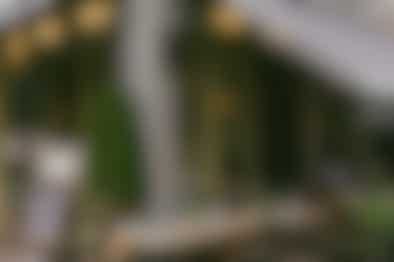 Ovelia is a casual Greek restaurant in Astoria with really good brunch on weekends. 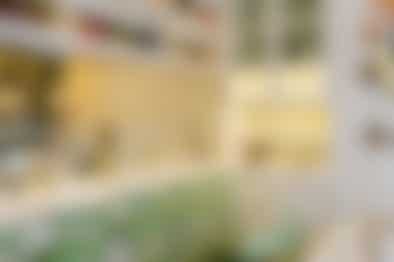 A pleasant Italian restaurant in Nomad that makes all of its pasta from whole grains, we don’t love La Pecora Bianca, but we can accept it. 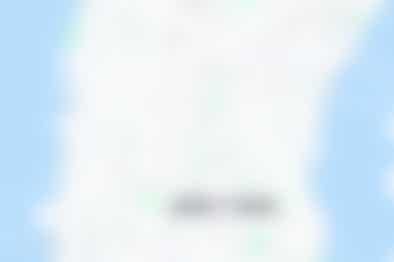