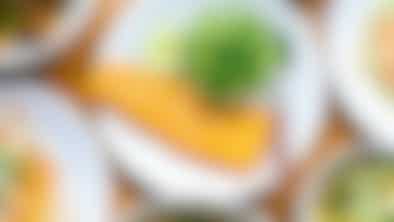 17 incredible New York City restaurants for people who rarely go out to dinner and want to make it count.
Advertisement 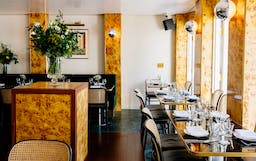 Babs is a Basque restaurant in Greenwich Village from the team behind Mimi - a sexy-but-not-cheesy French place nearby where we tell everyone we know (including our own partners) to celebrate their anniversaries. And even though these two spots share the same three-block radius and incredible sourdough starter, Babs is entirely singular. It’s a very good restaurant that looks like Elizabeth Taylor in room-form - but it’s by no means the perfect place for everyone.

Babs is what we like to call Rich Person Casual, or RPC for short. You’ll be able to sense it the second you walk in. After you’re seated at a particularly luscious green velvet banquette next to a floor-to-ceiling window, you’ll browse a short menu with a typeface that would make most wedding invitations feel self-conscious. Part of the experience at Babs is eavesdropping on your table neighbors - who have probably been to the Creative Arts Emmys. We once overheard a woman wearing jeans and a pajama-adjacent sweater next to us say, “Honestly, I told her she’s just wasting her time if she’s not on the board of the Guggenheim.” Some people might find the act of swirling a wine glass while throwing art world shade a bit snobby. But for the woman in the sweater, this is just a casual, $85 Wednesday night at Babs. 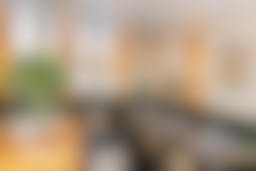 The food, though expensive and precious, is exciting and excellent. In the event that you don’t know anything about food from the Spanish-French Basque region, ask yourself a simple question when ordering: do I see this dish a lot in NYC? If so, skip it. This will allow you to bypass the steak and the crudo - you’ve had nicely-cooked steak and perfectly good crudo before and you’ll have them both again. Since meals here skew more expensive than the cost of hiring a dog sitter for a day, you may as well try something less common.

There’s the fantastic crab salad that comes on what’s essentially the Porsche of latkes, or the tagliatelle with clams, pieces of thin, cured ham and a mustard beurre blanc sauce that gets more intensely mustardy and complex with each bite of pasta. And then there’s the kokotxa (fried cod throat) appetizer that’s unexpectedly smooth inside and comes with a ton of spicy piquillo pepper sauce underneath, like a daybed in a pied-à-terre. Another standout is the divorced sea bream. It’s split open with a sheet of tangy red romesco sauce on one half, and a green, nutty herb pistou on the other. This sea bream is yet another reminder that divorce is sometimes for the best. But no matter which of these dishes you commit to, you need to get a side of Babs’ little loaf of sourdough - it’s a $6 gift to this world. 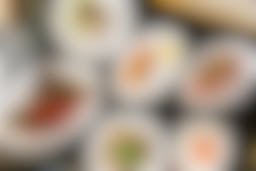 While the peacock-color-story space is about as casual as saying “I love you” on a first date, the service at Babs feels remarkably relaxed. It’s possible you’ll notice the extremely helpful sommelier throw up the deuces sign to a group leaving the restaurant (this happened). It’s also possible your server will be sporting a camp counselor chic look, potentially including fruit earrings and scrunchies. These characteristics are all charming, if not slightly confusing in contrast to the $1000 bottle of Bordeaux on the menu. It’s just Rich Person Casual at its finest.

But maybe you aren’t part of the RPC community yourself, and you don’t have any friends who could even hypothetically be on the board of the Guggenheim. Babs is too expensive for a casual weeknight dinner and it’s not quite special enough for an anniversary or a baller night out with your friends. And even though we really like the food and would happily eat it again and again, Babs is ultimately hard to recommend for everyone. 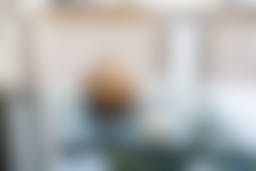 This is $6 you need to spend at Babs. One of the servers told us that the team has had this sourdough starter for years, and you can taste all the effort they’ve put into it. Well - assuming effort tastes like a yeasty, hard crust that’s been baked exactly right. Plus, it has the same haircut as every boy you had a crush on in middle school. 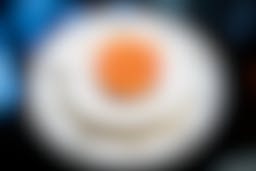 This is Babs on a plate. This tartare involves layers of scallops and acidic pieces of cucumber with either apples or sweet potato, depending on the night. The whole thing is then topped with trout roe and served on a nice sea shell. You should eat this (and probably take a photo of it). 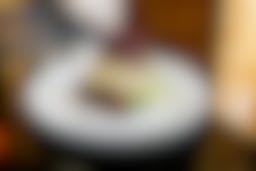 We mean this in the absolute best way possible: this dish is our grandmother’s dream lunch. It comes with an inch-thick potato latke, a light crab salad with pieces of hard-boiled egg mixed in, a beautifully sliced avocado, and a handful of frisee. We love it and so would Lois. 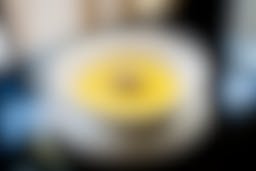 Who sits down at a restaurant and says, “You know what I’m feeling tonight? Some chilled corn soup!” Absolutely no one. But you should be that person at Babs. This soup comes with a good amount of crab on top, it’s light yet thick in consistency, and it’s incredible. 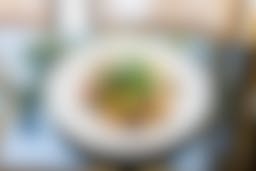 This is the only pasta on Babs’ short menu and it’s worth sharing the smaller portion just to try it. At first, the mustard beurre blanc sauce might seem a bit bland, but make yourself a bite with both the salty ham and clams, and it’ll start to shine like a quiet coworker who transforms into a star during their “Total Eclipse Of The Heart” performance at team karaoke. 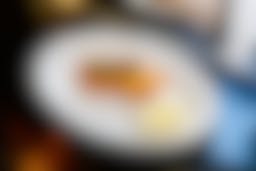 This fried, delicate cod throat is pretty common in Basque cuisine, and you’ll probably hear a lot of tables asking about it. If eating throat sounds too meta to you, just know it’s soft and smooth inside, delicately fried, and comes with a dollop of caviar on top as well as a ton of tangy romesco sauce underneath. This is one of the more memorable things we’ve eaten here, especially because it’s hard to find elsewhere in the city. 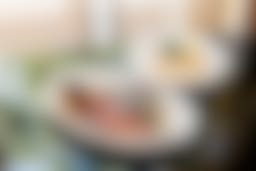 Regardless if you’re someone who gets excited about ordering a whole fish for dinner, we sincerely recommend you try this one. It’s called “divorced” because the two sides once loved each other but now they can’t work out whether the romesco sauce or herb pistou is better (and if the romesco cheated on the herb pistou on a “business trip” to DC). You, the child of divorce in this situation, get to enjoy both. 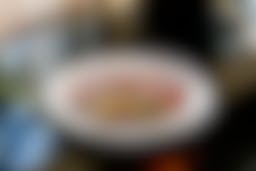 Babs knows how to cook a mean steak, and they will gladly prove this to you and your dinner companions. But you could get steak at lots of Greenwich Village spots, so we suggest trying something else.

Is a $48 whole lobster covered in garlic cream delicious? Of course it is. It’s also cut open so you have virtually no crustacean-related manual labor to do. This is RPC in action. (By the way, the smoky mashed potatoes served with this dish may be better than the lobster itself).

17 incredible New York City restaurants for people who rarely go out to dinner and want to make it count.

Strip House is a vibey downtown bordello of goodness, and is the antithesis to the things we hate about a place like Sparks or The Palm. 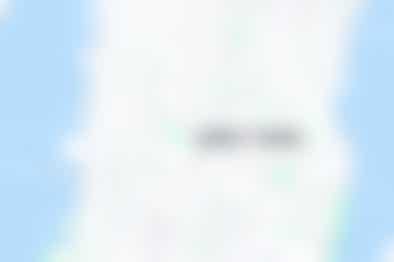 Kiin Thai is a casual restaurant near NYU with a great lunch special. 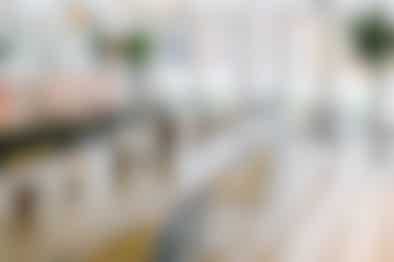 by CHLOE is the Greenwich Village restaurant that taught us that French fries are vegan. 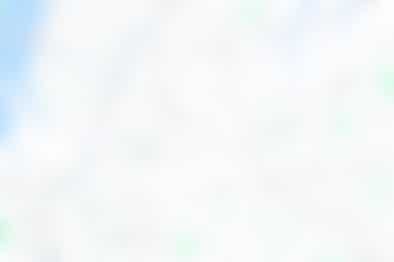 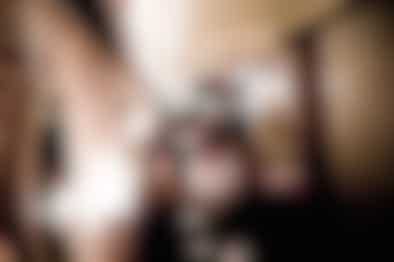 No bigger than a subway car, Socarrat packs the majority of their patrons on bar stools and does paella like they do in Spain.

Txikito has been doing solid business in Chelsea for several years, serving Basque-style tapas to people who are mostly on dates. 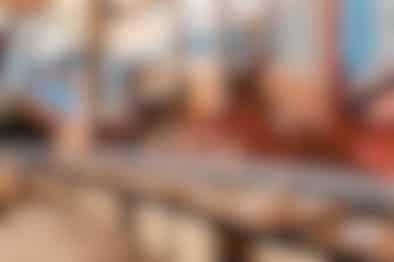 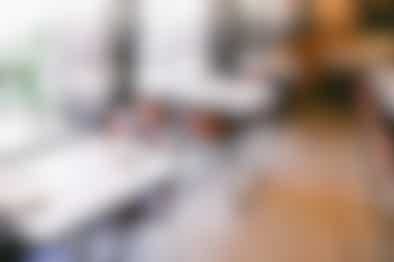 Shuka is a crowd-pleasing Mediterranean restaurant that will save you when you need to plan a last-minute 10-person dinner.
Restaurant Finder