New York City’s best new restaurants of 2016, according to us.

A lot of restaurants opened in New York City in 2016, and a good amount of them left us feeling like that shrug emoticon we can never exactly remember how to type. But a handful - particularly the ten listed here - were exciting, fun, and delicious. These are the highly-rated new restaurants that are actually worth a trip across town. Among them are a surprising three French restaurants (it’s 1986 again!), a Peruvian restaurant, a Korean restaurant, one place making “new American” feel not-boring anymore, and even a bagel shop. There’s pizza and pasta worth getting excited about too.

To give you a better sense of what these places actually look like (rather than just show you some picture of a random appetizer), we partnered up with Samsung and used their immersive Gear 360 cameras to drop you right into the center of each restaurant on the list. Take a look around, and see what restaurants you need to get on your list.

Presented in partnership with Samsung.

Pasquale Jones is not an Italian restaurant. And it’s not a pizza restaurant. Pasquale Jones is a wine restaurant. A wine restaurant that happens to serve exceptional food. It’s from the team behind Charlie Bird, and we were initially worried that their second venture wouldn’t live up the original. Turns out it’s even better. And that’s because, in addition to a best-in-city wine list, an upscale but relaxed vibe, and the best clam pizza you’ll probably ever eat, Pasquale Jones gets all the other details right too. If you haven’t made it here yet, this is how you close out 2016 on a high note.

In 100 years, when cars fly themselves and the robots - excuse us, bots - have taken over, they’ll look back on 2016 and study Olmsted. This restaurant is the culmination of everything humans get excited about right now, from their obsession with hyper-seasonal, hyper-local ingredients to the string-light garden to the DIY crayfish farm (AKA bathtub) in that garden. But as of-the-moment as Olmsted might feel, we’d also bet all our money it’s not going anywhere. This restaurant mixes incredible, unusual food with an incredibly approachable, laid-back environment - it’s a place that’s serious about food but doesn’t take itself too seriously. Your move, bots.

There are select moments in life that call for bringing out the Big Guns. Important dates, anniversaries, birthdays, dinner with parents who still aren’t convinced you’re a successful adult - these times call for a restaurant that, in both food and vibe, will blow all parties away. Lilia is such a restaurant. Make a reservation (no one is impressed by two-hour waits), fill your table with simple, excellent pastas, order a negroni or three, and you’ll be in one of the greatest setups we have in this town.

One way to think of Le Coucou is that it’s a fancy restaurant for people who don’t like fancy restaurants. The food is capital-s Serious and French, but there’s no tasting menu and the servers will talk to you like a normal human, and not like you’re one of the daughters on Downton Abbey. Everything about a meal here ends up feeling capital-s Special, from the pretty much flawless food to the service to the overall fancy but still not-stuffy vibes. There’s no other restaurant like this in New York right now. Book your 2017 birthday/anniversary dinners here now.

One of our main complaints about New York City restaurants over the past few years is that so many of them are the same. Serve a few pastas and a branzino, throw in some leather booths, and call it a day. We definitely don’t have that complaint about Llama Inn, which serves a modern take on Peruvian food in a very cool space under the BQE in Williamsburg. The quinoa here comes mixed with banana and bacon, you can eat a beef heart skewer (or some ceviche, if that’s not your thing), and the room, with plants hanging from the ceilings and a big tangled-up tapestry thing covering one wall, is actually interesting. Each time we go back, the food seems to get even better.

A tiny French restaurant in Greenwich Village, Mimi manages to be a restaurant that’s simultaneously a sexy, vibey place to drink an ice cold martini, and also a place to eat pork head, crispy cod sperm, or blood sausage. The menu changes frequently, and you’ll also find tuna and roast chicken alongside the monkfish liver and venison. See it in 360.

Manhattan has Russ & Daughters, and Katz’s, and Sadelle’s, and Barney Greengrass. Brooklyn has...no real iconic places to get lox on a bagel. But when Frankel’s opened early this year, it changed that. This is a modern neighborhood Jewish deli that already feels like a classic. And it’s the rare place that’s as useful as it is delicious - it’s affordable, it’s easy, and the pastrami-cured lox, pastrami/egg/cheese sandwich, and latkes (and mostly everything else on the menu) are worth the trip to Greenpoint.

You have to be kind of stupid to open a pizza restaurant in NYC. There are somewhere in the neighborhood of 5,837 pizza spots in this city, and there is an extremely low likelihood that you’ll be able to serve something that either A) competes with the best or B) is actually unique. Leave it to the people behind one of our all-time favorite places (Emily) to accomplish both A and B with Emmy Squared. The pizza here is Detroit-style, meaning it’s square-cut and thick, fried on the outside, fluffy-molten on the inside, with gooey cheese and spots of sauce on top and crispy bits on the edges. That, and their spicy fried chicken sandwich, are some of the most enjoyable things we put in our mouths this year.

Want to celebrate the end of 2016 with us? We’ll be throwing a big year-end event at 837, Samsung’s experience center in the Meatpacking District, and we’ll have some space for the Infatuation faithful to party with us. Sign up for our newsletter and stay tuned for more info: 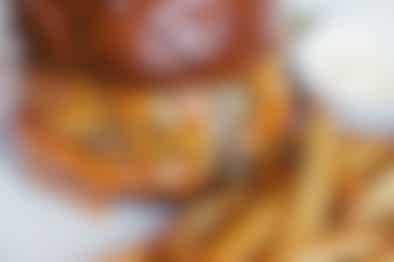 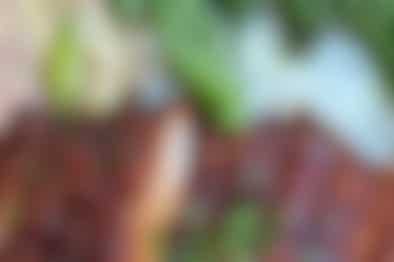 Whether you’re looking for in-person dining or takeout and delivery, the NYC Hit List is here to help you find a great new spot to support. 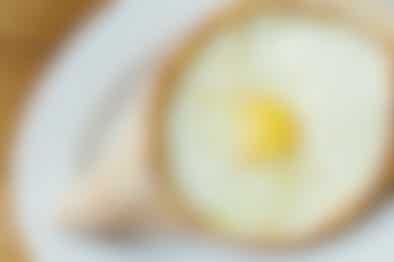 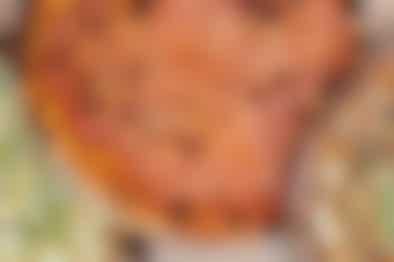 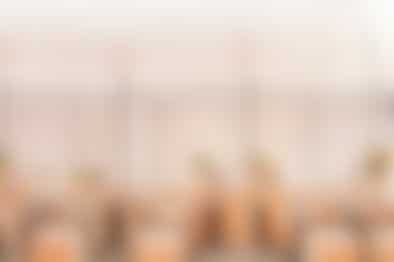 Our 20 favorite patios in the city right now.
Restaurant Finder