Delivery & A Movie: Celebrate Black History And Culture In NYC

Watch, learn, and order takeout from the comfort of your apartment: 11 ways to do dinner and a movie right.

There are only so many moments throughout history that create a window for long overdue change. Thanks to the hard work of protesters and activists over decades and generations, now is one of them. One way to celebrate and support the Black community right now (and consistently in the future) is by learning from Black activists, listening to Black stories, and spending your dollars at Black-owned businesses. That’s why we put together a list of movies and documentaries that celebrate Black history and culture, and paired each one with a Black-owned restaurant in NYC that’s open for takeout right now.

Don’t let your learning stop at this guide. Follow accounts like Color Of Change, The Dream Defenders, We Are Your Voice, Gal-Dem, and others to learn more about these issues. This is just one way in which you can support the Black community right now - along with donating to local and national organizations dedicated to fighting for racial justice. 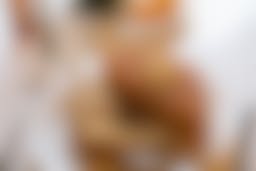 “If you’re unfamiliar with Marsha P. Johnson, activists in this documentary describe her as the ‘Rosa Parks of the LGBTQ movement.’ She was a key leader of the Stonewall Riots, a two-day series of demonstrations at the Greenwich Village’s Stonewall Inn in 1969 - a movement that evolved into what we now know as The Pride Parade. Along with Sylvia Riveria and many other trans people of color, Marsha P. Johnson paved the way for present-day activists to push for legislation like the Supreme Court ruling, which made it illegal to fire someone for being LGBTQ+ in the U.S. Victoria Cruz, a contemporary of Marsha P. Johnson, shares personal accounts from this legendary moment in history through in this stunning documentary.” -ND

“James Baldwin only needs to use about four words to make me cry. So it makes sense that a Barry Jenkins directed movie based on Baldwin’s 1974 novel _If Beale Street Could Talk_produces the same weepy-beautiful result. This movie is about the immovable love of two Black teenagers in Harlem in the ’70s. You’ll know it from the very first scene when Tish (played by Kiki Layne) visits her love Fonny (Stephan James) in prison after he’s been wrongfully arrested for a crime he did not commit in downtown Manhattan. Tish says in a voiceover, “I hope that nobody has ever had to look at anybody they love through glass.” This line is especially painful because, as much as Tish hopes others won’t experience this same feeling, we know so many people have.” -HA

Order: Spicy shrimp tacos and flourless chocolate cake from Extra Virgin in the West Village (near where Fonny and Tish go on a big date).

Maxine On The Boulevard

Movie Pairing: Get Out (Hulu)

“In Jordan Peele’s 2017 Get Out, he confronts those who say they “don’t see race,” or, “I would have voted for Obama for a third term if I could have,” but end up other-ing people of color in detrimental, though not always overt, ways. In this case, lead Daniel Kaluuya as Chris gets trapped at his white girlfriend’s family estate where they [spoiler alert] hypnotize him in hopes of transplanting their blind, elderly gallerist friend’s brain into his seeing and able body. Whether Get Out is a comedy, horror film, or something else entirely is beside the point. This somehow hilarious look at contemporary racism probes a hazier form of bigotry.” -AS

Order: Fish and Chips from Maxine On The Boulevard 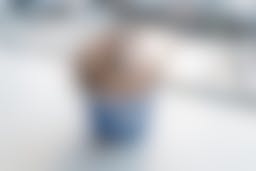 “American Son is probably one of the most powerful performances of Kerry Washington’s career. I say that because she performed it for three months on Broadway before Netflix decided to create the film version. On the surface, it’s a story about a mother and a father who spend a night at a Florida police precinct while trying to find their missing son. But as tensions rise, themes of race, gender, parenting, and policing come to the forefront. Whether you miss Scandal or want to learn more about how American families suffer from the issue of racial bias within our country’s police force, this is a great watch.” -ND

“In the late ’60s and early ’70s, several bowl cut-flaunting Swedish journalists filmed a series of interviews with some of the most influential leaders of the Black Power movement, as well as scenes from everyday life in Harlem, Brooklyn, and Oakland. As outsiders, these Swedes wanted to better understand how Black folks lived in America at the time. That footage was later found and edited into a series of nine different stories, each paired with voiceover commentary from artists like Erykah Badu, Talib Kweli, Sonia Sanchez, Questlove, and Harry Belafonte. By the end of the documentary, you’ll realize there is no better word for what you’re witnessing than a “mixtape.” Even though each story is distinct, they all become contextually informed by what precedes and follows. In case you haven’t spent enough time getting to know the minds of Angela Davis, Stokely Carmichael, and Louis Farrakhan, let this treasure trove of lost footage be a way in.” - HA

Order: Create a mixtape-esque meal from Ponty Bistro in Harlem. We see no reason a crepe with nutella and banana shouldn’t go nicely with some poulet yassa and a lobster BLT.

Movie Pairing: Tangerine (Hulu) “It’s Christmas Eve in LA, and Sin-Dee is looking for clients. When it comes to her attention that her pimp boyfriend hasn’t been faithful, she and her best friend Alexandra set out to seek revenge. At its heart, Tangerine is a hysterical and touching buddy comedy, but I can’t think of any other buddy comedies starring Black trans sex workers. The film, which was shot entirely on an iPhone 5S, covers a different kind of glamorous Hollywood than we’re used to. It’s subversive, hilarious, and the final, tense scene in a donut shop where everyone spills each other’s tea will probably make you really want a donut.” - AS

Order: Donuts from Milk And Pull 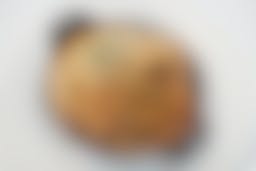 “Foxy Brown might be the most famous Blaxploitation film of all time, and it’s all thanks to Pam Grier. If you’re not familiar, the term “Blaxploitation” refers to a ’70s film genre that includes movies about black people who aren’t afraid to go after what they want by any means necessary. This film follows Foxy, played by Pam Grier, on her road to avenge the killing of her lover. No one had ever seen a black woman as captivating and tenacious as Grier on the big screen, which is why Foxy Brown made her an icon of the genre. If this film isn’t on your list of ‘100 Things To Watch Before You Die,’ add it now.” -ND 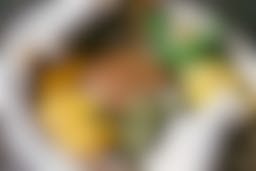 “I don’t know how else to say this, but watching Love & Basketball on Vh1 was a seminal part of my sexual awakening, and I hope it was part of yours too. This was one of the first movies where I saw a female lead character run sh*t with fervor, while still being considered attractive by a hot man (upon reflection, I now understand that’s what happens when women direct movies). If you missed out on this early 2000s classic, all you really need to know is that there’s an iconic scene where the two characters play one-on-one strip-basketball in a USC dorm room and Monica says, “all is fair in love and basketball.” Major swoon.” -HA

Order: An Ethiopian feast for two from Bunna Cafe, even if it’s really just for one. When you’re in the presence of a movie with this much tension, you should only eat food with your hands. 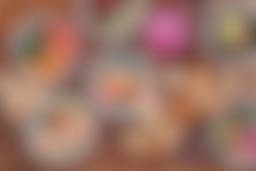 Movie Pairing: Toni Morrison: The Pieces I Am (Hulu)

“Few people have ever spoken as poetically and radically about the black experience in America as Toni Morrison. The Nobel Prize- winning storyteller published her first book in 1970, while occupying her position as the first black woman editor in fiction at Random House, but she didn’t stop there. As this documentary gets across, her influence on the world extends well into the 20th century and will continue to change lives for generations. Before her passing in 2019, she helped create this documentary about her life, in which she narrates her own story, including juicy details about her work with activist Angela Davis during the civil rights movement of the 1960s.” -ND

“Are you a white person with a Netflix account you may or may not pay for? Me too. Have you spent many hours watching British Bakeoff and the new season of Dating Around? Me too. Let’s make a pact to pause those shows and watch Ava Duvernay’s 2016 documentary 13th - even if you’ve already seen it. This film is a required 101 on the causes and effects of the mass incarceration of Black people, and an excellent explanation of how the constitutional amendment abolishing slavery mostly privileges white people with Netflix accounts they may or may not pay for.” -HA

Order: Something to gorge on during the whole movie, like fries and wings from The Bergen in Crown Heights.

Movie Pairing: The Black Panthers: Vanguard of the Revolution (Prime)

“It would be a mistake to ignore the impact of The Black Panther Party on American culture. And with all of the myths surrounding their legacy, I found this documentary to be an extremely thorough deep dive into what really happened in the early 1970s when this anti-capitalist organization expanded to 68 cities across the U.S., providing social welfare programs like free breakfast for children and community health clinics. All while making a mark in the fashion world with their militant uniform - a black leather jacket, black beret, and dark sunglasses - which Beyonce references in her 2016 Super Bowl performance.” -ND

Order: Sorrel Not Sorry Bottled Cocktail (with Mezcal, Hibiscus, and Lemon) from Ode To Babel 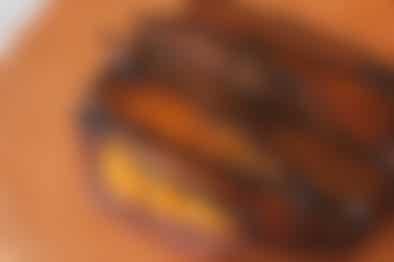 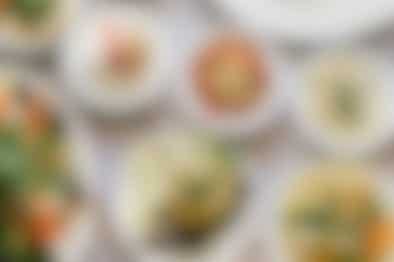 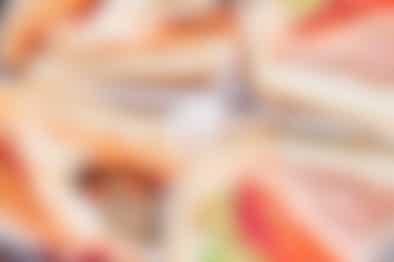 Where to order from, and what to watch: 15 ways to do dinner and TV right. 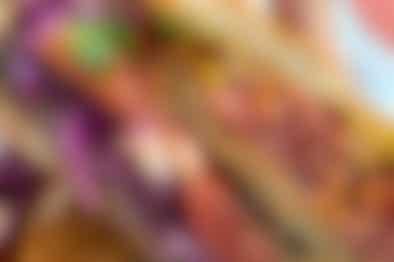 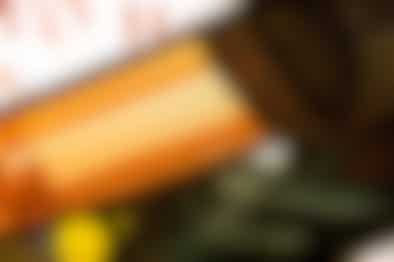 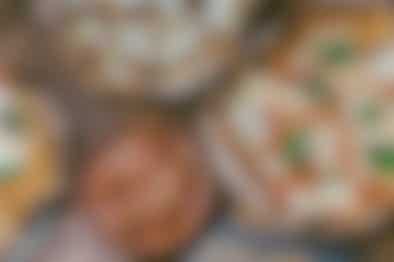