Dane Isaac
July 16, 2021
The Crabby Shack Guide To Summer Seafood In Brooklyn
Fifi Bell-Clanton and Gwen Woods of Brooklyn’s Crabby Shack give their picks for where you should be eating seafood this summer.

Both transplants to New York City—Bell-Clanton from Philadelphia, and Woods from upstate—they noticed that unlike a million dishes with New England lobster, you couldn’t find tons of crab in town. Bell-Clanton grew up on Alaskan snow crab legs and Maryland blue crabs in Philly, and Woods’ father from the Eastern Shore would bring blue crabs back upstate.

First opened in 2014, the Crabby Shack didn’t sell lobster at all for the first two years of operation, though they eventually relented and offered lobster rolls and the half-and-half “clobster roll,” as well as shrimp and all the classic sides and trimmings. The crustacean focus represents the pair’s personal tastes and their mission to bring more of the seashore palate to the city. 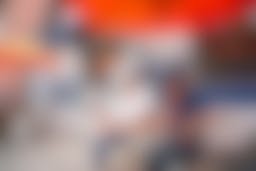 Back in 2013, Bell-Clanton was a wardrobe stylist and Woods worked at Bad Boy Records. Friends called Bell-Clanton the “crab lady” because they would pay her to make crab boils, while Woods was known for her talent with impressive and difficult recipes. Together at a dinner party, they started talking over the idea of opening a restaurant that primarily sold snow crab legs and crab dishes.

Less than six months later, Woods had a horrible day at Bad Boy—“probably an album deadline that kicked my ass,” she says. “I remember I came home from work, it was like two in the morning, and I called her that night because I was just ready to do my own thing.”

“And by this point I had already written a business plan,” adds Bell-Clanton. “We started research and got shut down so much.” She remembers a New Jersey fishmonger who was skeptical of their idea, and yet “right now he is banging down my door for my business because he knows his biggest competitor, which is literally maybe less than a mile away, is my main purveyor.” 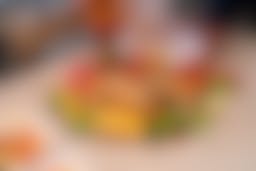 “I was walking away from security, I was walking away from my 401K,” remembers Woods. “I’m a mother of three children. I was married at the time, my husband—he’s now passed on—he was an entrepreneur himself. He’d get these like influxes of money, but there was no rhyme or reason to it. My check was the steady check. I was so scared. But my husband would actually always say something, and it stuck with me. He said, ‘If I’m going to bet on anybody, I’m gonna bet on myself.’ And I said, ‘You know what, I’m just going to use those words, and I’m going to bet on myself.’”

It’s been seven years in the crab business, including a failed second location in Fort Greene, but things are looking up. Bell-Clanton and Woods are launching a Crabby Shack in the Barclay’s Center, and they’re crossing their fingers that they get a store inside Citi Field. They ship their food nationally now in pre-seasoned, ready-to-boil packages.

Still, Bell-Clanton and Woods struggled through the pandemic along with everyone else. Woods herself contracted coronavirus at the very beginning of lockdown and could barely talk for two weeks, so she communicated with Bell-Clanton via text. They managed to absorb some crab inventory and business from other restaurants shutting down, but the changing volume was difficult to handle under the circumstances. 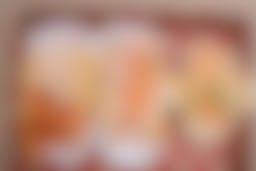 “We just got written up by the Bklyner, and it was a great article because they paid homage to the people who started this thing,” says Bell-Clanton. “We were the trendsetters. We were the ones who started it in 2014, and now there’s these commercialized franchise crab places opening up, like ten locations within a five-mile radius in Brooklyn. And that tells me that what we’re doing is working.”

Like anyone running a restaurant in New York, Bell-Clanton and Woods are keeping an eye on the ever-shifting field of pandemic restrictions and the usual worries about the weather. “We are just constantly praying for good weather—even something like rain hurts us,” says Woods. “It feels like New York is opening back up, and people are venturing out, people are vaccinated. So we’re just hoping to fill our seats. We’re doing things like live jazz on Sundays to bring people in.”

With spring finally warming up as a prelude to summer, Bell-Clanton and Woods have plenty of suggestions on more seafood around the city—once you’ve filled up on their crabs, of course. Here’s a shortlist of their favorite summer seafood spots in Brooklyn.

WOODS: ”I love this restaurant. It’s absolutely delicious. During the summer, they have scallops—they’re simple, but so nice. They’re made in a lemon-butter, garlic, and wine sauce. They’re really good.” 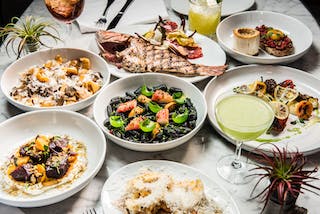 BELL-CLANTON: “It’s a Haitian restaurant with two locations in Brooklyn. Their classic dishes highlight regional specialties, and they change depending on the season. They have this whole red snapper that you can get either grilled or fried to perfection in this yummy sòs—it’s a reddish sauce that has a tangy but sweet taste.” 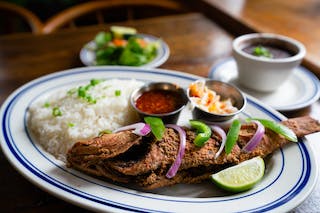 WOODS: “Chef Alex Raij and her husband own this tapas-style restaurant in Cobble Hill. You have to get their salmorejo, cod carpaccio, or their grilled octopus made with olive oil and espelette pepper. Delicious.” 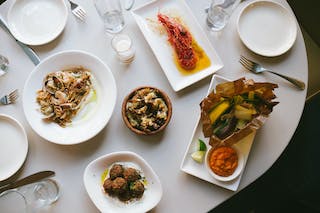 BELL-CLANTON: “It’s a Caribbean restaurant in a brownstone. I love their Pan Di Beach Rundown—lobster tail, mussels, scallops, and shrimp on top of rice. It’s spicy from the Scotch bonnet peppers and sweet from coconut milk.” 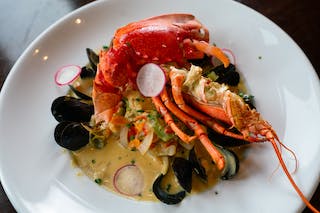 WOODS: “Peaches Hot House is known for their fried chicken. But the sister restaurant, Peaches on Lewis Avenue in Bed-Stuy, does a really good shrimp and grits.” 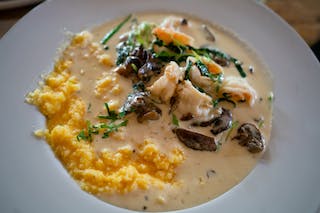