Unless you live in Sunset Park, we’ll bet you haven’t gone to a sake brewery, eaten tacos from two of the best spots in the city, and paid homage to Leonard Bernstein’s grave all in one afternoon. This is a NYC-is-better-than-all-other-cities plan. Plus, it’ll probably cost you about $35-$40 in total, depending on how much sake you’re capable of drinking. Here’s the agenda.

Ferry: This is our favorite mode of transportation because you can sit on the top deck of a boat and hum “This Must Be The Place” by the Talking Heads while the wind runs through your hair. If it’s convenient for you, take the ferry’s South Brooklyn Route to the Brooklyn Army Terminal in Sunset Park. Each ticket costs $2.75 (like a subway fare) and if you download the NYC Ferry app ahead of time, you won’t have to touch the ticketing machines. To start the day at Industry City (which is what we’re suggesting), you’ll have to walk about 30 minutes from the dock.

Subway: The N,Q,R,W line runs through Sunset Park and Industry City. The closest stop to Industry City is the 36th Street Station.

Bike: There are two Citi Bike docking spots near Industry City, but no other stations in the area.

Stop One: Sake At Brooklyn Kura

There are only two sake breweries in all five boroughs. The first is Kato Sake Works in Bushwick, and the second is Brooklyn Kura in Industry City. On weekends, Brooklyn Kura’s taproom is open from 1pm to 7pm for outdoor seating and takeout. Sit on a lawn chair and try a glass of sake called Occidental that tastes a little like hoppy beer and bananas. It’s delicious, even to those who live in fear of bananas.

Brooklyn Kura is also a great place to learn more about sake. For example, there’s a bottle named after nearby Greenwood Cemetery that’s made with the Kimoto brewing style, which takes way longer than typical methods, and produces funky, acidic sake. Ask questions when you go, and you’ll have an even better time. 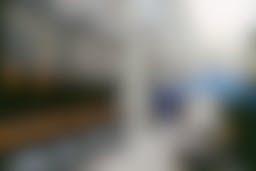 Next, wander around Industry City and look at The Collision Project’s public art installations. In our experience, it helps to cross your arms while you do this, so that onlookers will assume you took an art history class once.

Then, pick up picnic supplies for your final destination this afternoon. Middle Eastern grocery store Sahadi’s sells Turkish apricots, Armenian string cheese, halva, fresh hummus, harissa, and infinitely more. If you get excited about meandering through grocery stores, Sahadi’s will give you goosebumps. 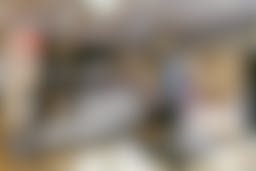 Once you’ve had enough of the maker-space Pinterest board that is Industry City, walk east to the Tacos El Bronco truck. It’s typically parked at the corner of 37th and 5th, and they make some of our favorite birria tacos in the city. The tortillas themselves stay remarkably crispy, despite being coated in a layer of rich beef drippings before they’re filled with hunks of meat that disintegrate when provoked. Also, the consomme here is spicier and tastes more prominently like tomato than other versions we’ve had.

If you want to try another taco, get the cabeza for some pleasantly intense veal, or just go with carnitas. You should probably eat these standing up near the truck, in case you decide you want more after you finish what’s on your paper plate. Plus, tacos just taste better standing up. We can’t explain why. 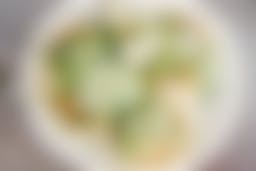 There are more tacos to be eaten. Head to Tacos Matamoros and try a chorizo taco or two. It’s right near Sunset Park’s namesake park, where you should sit on a bench and take in the view of New York Harbor. While you gaze out, we encourage you to imagine how Lady Liberty would look carrying a plate of chorizo tacos instead of a fiery torch. Isn’t that nice?

Stop Three: Nerd Out And Then Take A Nap In A Cemetery

Walk to the Greenwood Cemetery entrance by the Tacos El Bronco truck and the 36th Street subway station. If you’ve never been to Greenwood, consider it an outdoor museum and park hybrid that happens to be haunted by the ghosts of 19th-century New Yorkers. It’s full of famous “permanent residents” (those are Greenwood Cemetery’s words, not ours), like Jean-Michel Basquiat, Leonard Bernstein, the owner of the Brooklyn Dodgers, as well as a bunch of Roosevelts and mobsters.

It’s a big place, so we suggest using this map to help you navigate around the walking paths. And if you only do one thing while you’re in Greenwood (aside from sitting in a shady spot in the grass and enjoying some of your Sahadi’s goodies), climb up to the highest natural point in Brooklyn and put your hand to your forehead like a ship’s captain. This won’t necessarily help you see further, but you’ll perhaps think you can see further because of it.

Heads up: Greenwood Cemetery is free and open to the public every day from 7am to 7pm, and there are bathrooms available at the main entrance, Sunset Park entrance, and Prospect Park West entrance.

7 Exciting Things To Do & Eat In NYC Between November 3rd - November 7th
Check out these new restaurants, pop-ups, and special events all around NYC.

9 Great Spots For Banchan In NYC
Lots of places in NYC serve good banchan, but these are the 9 best spots for kimchi, namul, bokkeum, and more.