Emily Schindler
September 18, 2020
Reopening Report: What It’s Like To Eat Inside A Restaurant Right Now
NYC is reopening for indoor dining on September 30th. To get a sense of what it’ll be like, we tried it out across the river in New Jersey. 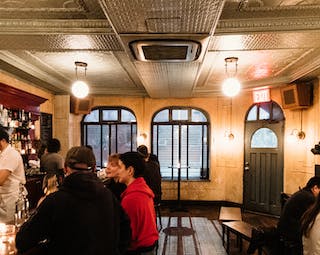 Everything We Know About NYC Indoor Dining Reopening On September 30th

Our server placed the bottle of Spanish rosé on our table, and apologized, saying she couldn’t pour me a taste because of “the new setup.”

“I totally understand,” I said too earnestly. I didn’t understand, but I assumed this was just the beginning of what would be a very strange dinner. I was wrong.

In my defense, things up to that point had been quite a bit different than any of the previous 20+ times I’d been to Mud City Crab House in Manahawkin. For instance, their walk-in-only policy has been replaced by a waitlist that you join by call or text, allowing them to manage customer traffic and facilitate contact tracing. So after burning 90 minutes playing pick-up sticks with my niece and nephew at home on Long Beach Island, I got a text that our table was almost ready. A few minutes later, my family and I pulled up with a few bottles of wine, looking forward to making use of the casual seafood spot’s BYOB policy.

Those bottles made it as far as the entryway, where a chalkboard sign announced that Mud City is temporarily not BYOB. After a quick walk back through the empty, rain-soaked patio to the car, I returned to find another notice posted on the door: “Please NO waiting in the lobby.” As soon as the host confirmed that our whole group was there, we were seated at a table in the corner of the reconfigured dining room. The big round tables that I was accustomed to had been replaced by smaller ones or nothing at all, making the room feel like a wedding reception an hour after the bride and groom called it a night. 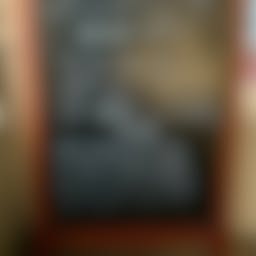 Rather than light fixtures or art, the first things I took note of were vents, open windows, and hand sanitizing stations. I’m not particularly spatially inclined, so instead of a quick glance to see if tables were six feet apart, I - six-one in well-cushioned sneakers - imagined laying between them, and eventually decided that I’d have more than enough room.

Ever since sports have restarted, the first thing people say during a commercial break is, “It’s so strange they’re playing without fans.” And then by some combination of TV trickery and neural plasticity, I’ve forgotten where or if I’m sitting, let alone what’s happening in the stands by the first commercial break. The rest of this dinner went the same way. After we poured ourselves the Spanish rosé, and had some fried pickles and crab-stuffed jalapenos, the upside-down temporarily flipped right side-up. Hand sanitizing between courses became banal, and jokes at the expense of the youngest brother (me) held everyone’s attention. 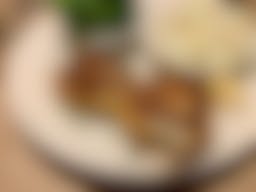 After we finished a second round of fried oysters and bricks of crab meat disguised as perfectly baked crab cakes, I asked our server what the policy was around not being able to pour tastes of wine. She laughed, and said that there’s no policy - I was just sitting at the far end of a long rectangular table, and she couldn’t reach.

Having closed the place down with another bottle that I all but had to order after our server suggested I “taste it,” we thanked everyone for their typically wonderful hospitality, and made our way through the still-empty front yard to our car. The peculiarity of waiting 90 minutes to sit in a 25% full dining room had long since faded from memory, and we all agreed that it had been a great night.

Looking at the handful of cars remaining in the parking lot, I hoped that the staff felt similarly. Given the incredible added burden being placed on hospitality workers right now, along with the realities of operating at limited indoor capacity with cold weather fast approaching, I had a hard time imagining that was the case. We were back in the upside-down.

Spending money at reopened restaurants, ordering takeout, and tipping well all help, but the fact of the matter is that without government assistance, thousands of independent restaurants, and millions of jobs associated with them won’t make it through the winter. To ensure that Mud City, and all of our favorite local spots across the country are still around on the other side of the pandemic, congress must pass the RESTAURANTS Act. This automatic email builder takes less than a minute to fill out, and it’ll send messages to your elected representatives imploring them to take action.

6 Exciting Things To Do & Eat In NYC Between December 1st-7th
Check out these new restaurants, pop-ups, and special events all around NYC.