Emily Schindler
June 28, 2021
10 NYC Restaurant Workers On How The Pandemic Changed Hospitality
We talked with a bunch of restaurant workers about their experience throughout the pandemic.

NYC’s Restaurant Reopening, From The Sidewalks To The Kitchen

Read all the stories

In the 15 months since COVID hit New York City, restaurant workers have been on a rollercoaster. Celebrated as essential, yet working in dangerous conditions without hazard pay, many left the profession or the city.

For those who remain, the motive to stay is the opportunity to build a better version of the hospitality business—one which doesn’t tolerate abuse, where collaboration is celebrated, safety is paramount, and where the customer is no longer always right.

But restaurant staff are also struggling with big, systemic changes to the city and industry that may impact New York restaurants for years to come, or even permanently. The Infatuation spoke to workers at a range of New York restaurants about how the pandemic has changed their daily work life beyond temporary fixes and pivots, and how it makes them feel about their jobs and futures. (Some names have been changed or abbreviated to protect workers’ privacy.)

“People expect things to be perfect.” 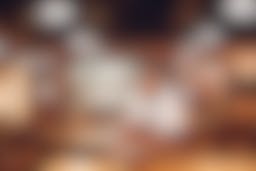 People go out with that mindset like they’re going to have perfect service. A lot of people have quit the industry, and [customers] expect things to be perfect. Just because they have to wait 5 to 10 minutes for something, they write a bad review. That’s not a good thing to do when we’re trying to recover. If you don’t want to wait for your meal, just order [takeout]. Don’t expect things to be normal when it’s not normal.

Now I’m doing things, like overseeing the kitchen and coming out more into the dining room to help the front of house. I have seen myself bringing out food, socializing more with the clients ... that’s something that has changed. I do enjoy that. I’m a social butterfly.

“I just ask guests to be a little more patient with our staff.”

Amelia, cashier at a Manhattan restaurant

The challenge now is just getting to the subway on time—they close around 2am. Restaurant workers work until 1am or midnight. It’s hard to get a train on time—you have to know what time the last train is coming so you know what time to leave the restaurant. The Uber I might take from the restaurant to my house is $80. That’s not something I can afford. [Editor’s note: This interview took place before the New York subway resumed 24-hour service.]

It has gotten harder because the restaurant is trying to make ends meet and there’s a lot of cuts in the staff. On weekends it feels like it’s very understaffed … part of my responsibility now is to help the waiters when they’re busy. I just ask guests to be a little more patient with our staff.

“I made the same amount of money on unemployment last year as I did working at a restaurant, running around and exposing myself to the virus.” 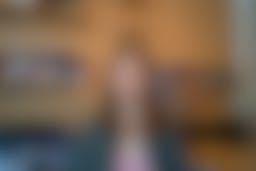 Without knowing how long anything was going to last, like everyone else in the industry, I applied for unemployment. We’re so passionate about staying here in New York and staying involved in the industry, whether selling things we made at home for Black Lives Matter or something else. Now, there’s a huge shortage of people who want to come back, and I don’t blame them.

I made the same amount of money on unemployment last year as I did working at a restaurant, running around and exposing myself to the virus. I get a lot of pushback from people who aren’t in the industry, or who are just ignorant, making us feel guilty for taking this money. It’s like we feel like we’re taking it out of their pocket. I felt a lot of guilt last year, and it took a lot to get over that. It’s still really hard to navigate.

I love interacting with people, I love talking about wine and food. That’s why I came back to restaurants... You still have horrible tippers and extremely entitled people—that hasn’t changed, I got hit with that last night in my shift. I think it brought out a lot of entitled maskless people. There are different procedures now—we have a log we have to maintain for diligently wiping down surfaces. It doesn’t on paper sound like a lot of work. However, when you are also maintaining a full restaurant of people and running food, that’s an added amount of work.

You go to the tables and some people are very considerate of you, and they put on their mask. And some people completely disregard it, and don’t. That’s part of every restaurant’s rules. We’ve had to build out a full deck, and had many trials and errors with building outdoor dining. So many things constantly need fixing or repainting. It’s a lot on top of everything.

Nobody touches the point of how these immigration laws affect people who are here and have been here almost their entire life. People think because you work, you don’t pay your taxes, and that’s not even true—you still pay taxes. I wish more people were talking about it, because they didn’t have that chance to relax. Once people got unemployment, they were able to breathe. This works towards rent, towards whatever bills they have.

That’s why the restaurant industry is going to suffer. Most of these restaurants survive because of low-paid undocumented workers. Most of these people were prep cooks who prepped for a cook to do mise en place. Now people are going to have to do that work—not a lot of people are going to hire a lot of people back. They were out there putting themselves at risk. They’re the forgotten ones.

“The class of 2020, the other food businesses that started this year—we really feel forever bonded.” 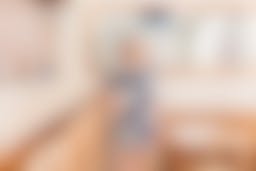 On a more positive note, there is the sense of comradery and collaboration, of being in the trenches trying to survive. The class of 2020, the other food businesses that started this year—we really feel forever bonded. If we ran out of to-go bags, we could ask for them. If they needed advice on how to build the outdoor structure to the city’s latest guidelines, we were really in it together. Sometimes the restaurant right next to you won’t help you out because the city [creates] pretty stiff competition, but we were all in this together.

“There’s a human being on the other end of this. That human being is most likely in crisis of some kind.”

I’m pretty good at my job. I’m pretty good at smiling and selling you a bottle of Champagne. There’s a human being on the other end of this, and that human being is most likely in crisis of some kind. Eating out is a privilege. It’s not a god-given right. There’s so much back-breaking labor that goes into your dinner.

“A lot of the human aspect has been removed, in some good ways and some bad ways.” 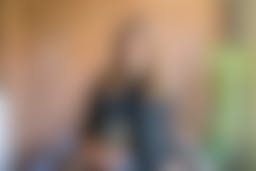 It’s much more of a recipe that the restaurant creates as far as what you’re walking into. You’re told what your experience is going to be upon arrival. Whether it’s mask protocols, the way the menu works, the timeframe in which you’re allowed to eat and sit, how you’re paying, if you even interact with the server at all …. that is very much in the hands of the proprietor and not the guest. Whereas maybe before if you’re like my parents, for example, and you love people and you like to chat and you love to find out everyone’s life story, you’re spending a lot of time with the server, you’re asking their opinions, you’re putting yourself in their hands. There’s not a lot of that anymore.

A lot of the human aspect has been removed, in some good ways and some bad ways, because the other way that goes is when the customer is always right at the expense of the establishment, and that perspective is starting to change.

“It’s like realizing you were in a toxic relationship.” 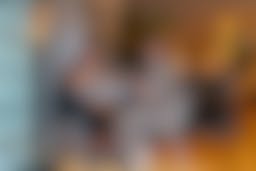 GABRIELA: I think we have learned our value. What can we bring to our community and where do we stand? This pandemic has made us all think, like I’m a human being, I have rights, I should be treated differently. It’s like realizing you were in a toxic relationship. … It has polarized this whole experience. [Customers] have been very supportive, or they’ve been terrible. I think the majority has been amazing. The other ones make more noise and you kind of get fixated on those.

ANDREA: We’ve extended ourselves beyond what is smart or safe or healthy for over a year. Some appreciated it, and some didn’t. We are really going above and beyond—we were seating customers, without heat ourselves, in 25-degree weather. We worked outside with masks on in 90-degree weather. The incredible crew in our kitchen, I never had to remind them to put a mask on even when it was over 100 degrees in there. It’s not akin to the experience of someone who had to shift their office to home and their salary wasn’t affected.

“Learning to incorporate ‘no’ is difficult and often uncomfortable for both employees and guests alike.” 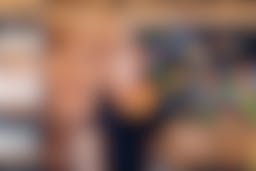 Coming out of an era where the only acceptable answer is “yes,” learning to incorporate “no” is difficult and often uncomfortable for both employees and guests alike. Now more than ever, restaurant employees must be advocates for the safety and comfort of guests as well as themselves, which sometimes requires uncomfortable conversations.

Those in leadership and management roles must support and empower their employees on every level. On one hand, this means bearing the brunt of those difficult interactions when possible. Further, though, creating and maintaining an open-door policy with as much transparency as possible is paramount. If staff and guests alike have answers to the “whys” and “hows” behind certain policies and decisions, it creates a safer environment and increases understanding across the board.