This week, The NYC Hospitality Alliance released survey findings indicating that 87% of the city’s restaurants, bars, and nightclubs were unable to pay their rent in the month of August.

The number of business owners who are reporting difficulties paying rent has only increased as the summer has gone on. Between NYC Hospitality Alliance’s June and July rent surveys, there was a three percent increase in those unable to afford rent. The August rent survey shows an increase of four percent.

Although Governor Cuomo recently extended the moratorium on Covid-related evictions for businesses until October 20th, many are still unable to find relief from landlords. When survey respondents were asked whether their landlords have deferred any rent cost in relation to Covid-19, 61% of those surveyed said no. Around the same percentage of owners said they had not yet negotiated their lease with their landlords. Some restaurant owners who have closed their businesses have specifically cited issues regarding lease negotiation. You can keep track of all of the NYC restaurant closures here. 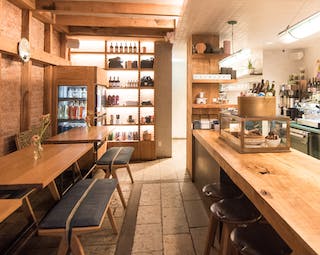 So, What Can You Do?

7 Exciting Things To Do & Eat In NYC Between November 3rd - November 7th
Check out these new restaurants, pop-ups, and special events all around NYC.

9 Great Spots For Banchan In NYC
Lots of places in NYC serve good banchan, but these are the 9 best spots for kimchi, namul, bokkeum, and more.