In a press briefing on Monday morning, Governor Cuomo announced that NYC’s indoor dining will close if the region’s hospitalization rate doesn’t stabilize in the next five days. Cuomo said the change is “probable” and could go into effect as early as next Monday.

The rest of the state will also monitor hospitalizations on a region-by-region basis (as opposed to the seven-day average positivity rate, which was previously the key indicator). If hospitalizations don’t stabilize within the next five days, indoor dining will be reduced to 25% capacity in all regions of New York other than NYC. Currently, those non-NYC regions have a 50% indoor dining capacity.

It’s unclear when exactly this might all go into effect, but Cuomo said he would “give the restaurants a couple of days to re-orient.” He also stressed that if a region’s hospitals reach critical capacity, the entire region would go into a red zone and fully close down.

New York City is one of the last major cities to allow indoor dining in any capacity (which is currently capped at 25%). Cuomo responded to this saying, “Those bars, those restaurants need financial assistance because this has been a long year...You can’t tell them you have to close down without saying here’s the economic reality and we’re going help.” 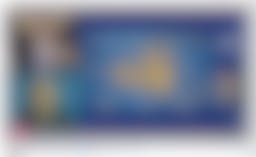 NYC Restaurant Workers Are Second To Last In The State’s Vaccine Rollout Plan
It’s unclear when that might happen.