May 18, 2021
For Indian Restaurants In NYC, What Does “Fine Dining” Really Mean Anymore?
Upscale Indian restaurants are moving past white tablecloths and spinning their own version of Indian food as a sincere, personal experience.

For more than a century, the traditional American understanding of “fine dining” meant white tablecloths and French (or at least European) cuisine and modes of service. Fine dining might have come to New York earlier than elsewhere in the country, but any sort of non-Euro fine dining didn’t effectively exist in the city until the latter half of the 20th century. Chinese restaurants didn’t appear in numbers until the 1960s, with Shun Lee, arguably the city’s first Chinese fine-dining spot, opening in 1965.

And the rise of Indian restaurants in New York came even later, fine or otherwise. “We are still very new, when it comes to our journey to the Western world,” says Vikas Khanna, judge of MasterChef India and former executive chef at Junoon in Flatiron. The latest wave of Indian chefs and restaurateurs are less worried about fine dining as a category, focusing instead on spinning their own version of Indian food as a sincere, personal experience.

Historically speaking, the creaky idea of traditional fine dining didn’t take root in America overnight. It took several generations and thousands of establishments until even European cuisines called themselves fine dining in the United States. According to Ten Restaurants That Changed America by food historian Paul Freedman, in the beginning, Americans consumed large quantities of food at casual eating houses, chowing down in a rushed 10-20 minute seating. It wasn’t until restaurants like Delmonico’s appeared (first opened in 1827) that American menus began to change from the take-or-leave-it table d’hôte style to the more allegedly elegant French choice-driven à la carte. 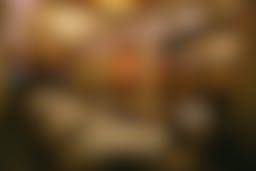 Indian dining—fine or otherwise—didn’t appear substantially in New York until much later. Two of the first Indian spots in the city were the Ceylon Restaurant (opened in 1913) on Eighth Avenue at 43rd Street, and the Taj Mahal Hindu Restaurant (opened 1918) on 43rd Street between Ninth and Tenth Avenues. It wasn’t until 1922 that the New York Times “discovered” the Ceylon, only to complain it was being overrun by tourists:

Six short weeks ago an Indian restaurant was discovered on Eighth Avenue near Forty-second Street. Grave Indian gentlemen, with American clothes but with great turbans on their heads, used to come in for their curry and rice. Six short weeks—and already the restaurant is half full of tourists, eagerly peering at each other for turbans and local color.

The first major wave of Indian restaurants in New York City didn’t really crest until the 1970s, mainly opened by immigrants with limited resources. They followed a model that worked at the time—colorful walls adorned with tacky Indian souvenirs, blaring Bollywood music, and buffet-style bland Punjabi curries, all at a similar price point. 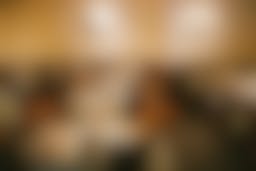 Dawat, one of the earliest Indian fine dining restaurants in New York.

An early entry into Indian fine dining in Manhattan was Dawat, opened in 1986. The restaurant had internationally known actor, food writer, and cook Madhur Jaffrey on board as a consultant. Restaurateur Avtar Walia worked alongside Jaffrey as co-owner, and he found that her approach of pairing home cooking with higher presentation standards was the right mix in New York at the time. Walia himself opened Tamarind Flatiron in 1999, and later, Tamarind Tribeca in 2010, both of which followed this formula.

The 1990s and 2000s saw more upscale Indian restaurants open in New York, but owners describe a struggle to convince non-Indian diners to try a larger number of dishes. “When people came to Junoon, they didn’t want to look at the menu,” says Khanna. “They knew exactly what they wanted—the same dishes they had tried before, like saag paneer, chicken tikka masala, lamb vindaloo, garlic naan, and basmati rice.” By contrast, Khanna served six- to eight-course tasting menus that didn’t include any of those.

“Another factor at play is that Indians in general are apologetic about their own food,” says Roni Mazumdar, owner of Adda, Rahi, Masalawala, and DhaMaKa. “Growing up, no one ever asked me if I wanted my food mild, medium, or spicy! We have this obsessive self-defeating desire to cater to the Western audience and lose our authenticity in the process. We feel more pride in using a foreign ingredient in our dishes, because we think it elevates us, as if we as Indians are simply not enough!” 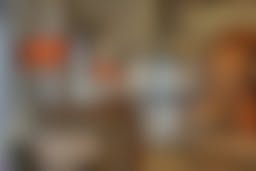 American misperceptions about Indian food as being cheap and casual by default are of course common to other non-European cuisines—consider the challenges for high-end Mexican or Chinese restaurants to be taken seriously and charge accordingly. The assumption extends to ingredients and labor, which by the same logic must also be cheap. But Walia points out that, “Basmati rice is actually more expensive than any other variety.”

According to the U.S. Census Bureau, Indian Americans now have the highest median household income of any ethnic group. Members of the Indian diaspora in New York—a significant part of the consumer base for Indian restaurants—have begun to accept that Indian fine dining is worth the experience. In particular, Indian Americans with money to spend are more likely than ever to spend it on eating out.

Naturally, the media plays a significant role in influencing diners’ perceptions. Indian restaurants only started getting serious attention in major outlets like the New York Times and New Yorker relatively recently. It wasn’t until 2007 that an Indian restaurant in New York—the now-closed Devi in Flatiron—was awarded a Michelin star. “Were there no restaurants worthy of distinction before?” asks Walia, who has worked in the Indian food scene in New York for four decades. 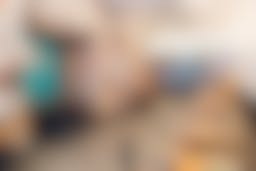 The wall of Indian newspapers at Adda. Photo: Emily Schindler.

Many American fine-dining restaurants are chef-driven, which is less common for Indian restaurants in America. Khanna explains that Indian chefs that are hired from India come to the United States on employer-sponsored visas. This dynamic makes them more dependent on their employers and likely to have a less prominent role in the business. But investors are gradually changing their views, seeing value in supporting the vision of their chefs and offering them more skin in the game with partnership, such as in the case of Bukhara Grill and the recently opened DhaMaKa.

“The second wave of Indian restaurateurs in New York sees the culinary industry as a profession, not just a job,” says Walia. Chefs like Khanna, Chintan Pandya at Adda, Hemant Mathur (who earned that Michelin star at Devi), the late Floyd Cardoz of Tabla, and Top Chef’s Suvir Saran graduated from prestigious culinary schools, worked at five-star hotels, and appear on television shows. They showcase elegantly plated regional Indian dishes served in smaller portions with minimal garnishes—like chef Akshay Bhardwaj’s chicken korma at Junoon—paired with specific wines and signature craft cocktails. Restaurant interiors have also moved beyond string lights and garlands, such as the famous wall of Indian newspapers at Adda, the muted beige color palette at Tamarind Tribeca, or original artwork by contemporary Indian artists at Sona.

Mazumdar, himself in his 30s, feels that his generation is responsible for moving the narrative even further—to open the eyes of New Yorkers to what Indian food truly is. He encourages diners to eat with their hands from steel plates and clay pots. Mazumdar believes New York is seeing an emergence of yet another wave of chefs that are changing the definition of fine dining, across all cuisines. “The young generation associates luxury with authenticity, personal connection, and exclusive experiences,” says Mazumdar, “not with expensive chandeliers and white tablecloths.”