Dane Isaac
June 28, 2021
The Sussman Brothers Bet On Restaurant Memes And A Midtown Revival At Samesa
We talked with Eli Sussman about memes, reopening Samesa in Midtown, and what operating a business during the pandemic was like.

NYC’s Restaurant Reopening, From The Sidewalks To The Kitchen

Read all the stories

Along with his brother Max, Eli Sussman founded fast-casual shawarma joint Samesa in Brooklyn after collaborating on a series of increasingly popular pop-ups. Samesa was enough of a hit to warrant expanding to a second location. But pandemic fallout claimed first the expansion and then the original Samesa, leaving Sussman without a restaurant. But now he’s bringing Samesa back online—in Midtown Manhattan.

Samesa was born in 2015 as a brick-and-mortar spot on Lorimer and Grand Streets in Williamsburg. “We wanted to open up basically a fast-casual restaurant,” says Sussman. “We found a small spot that had very limited seats, not really super conducive to a long dining experience, but [was] really great for takeout, and awesome for catering.”

As Samesa grew, Sussman ensured that activism and charitable giving were a pillar of his business. From partnering with No Kid Hungry to providing free or reduced-cost event catering services to nonprofits like Housing Works, Samesa quickly established itself as a community-minded restaurant that thought about more than simply a bottom line.

Samesa is about more than top-notch shawarma and nonprofit work, though. Eli Sussman has quickly gained an ever-growing Instagram following for his offbeat and incisive memes. In June of 2020, Sussman began creating and posting his own memes on a whim to his Instagram account, @TheSussmans, and, for many, the hospitality-specific content hit home. “People definitely DM me all the time and say, you really captured what I’m going through, this is exactly how I’m feeling.” Sussman says. 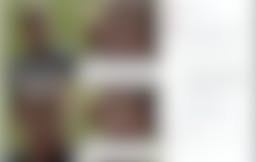 As the pandemic raged, Sussman’s Instagram memes about the woes of a triple-net lease or the feeling of leaving a vendor’s invoice unpaid resonated widely with other people struggling in the business. “I was trying to capture what everyone was feeling,” Sussman explains, “The meme is this subversive tool that, if you sort of bury it under a little bit of comedy and some irony, people are willing to look at it, and really get into it and read it, and sort of understand it.”

In addition to the hurdles faced by small-business owners and the surreality of working as a server during a pandemic, Sussman’s memes grew to address larger injustices within the hospitality industry: unfair wages, egomaniacal chefs, and taxing schedules. “Most people that work in the industry, we all know that it doesn’t make sense,” Sussman says, “There’s all these antiquated systems, and a lot of what we participate in on a daily basis is just ridiculous.”

Further inspired by the response on social media, Sussman doubled down on direct community activism as well. He drove mutual aid efforts, partnered with nonprofits like FIG to deliver food to the food-insecure, and regularly held pay-what-you-can days for locals short on funds. “It’s always been important for us to be involved in the community,” he says, “and to support the physical community that is adjacent to the restaurant, but also communities that are aligned with what we feel is our mission as a business.”

Samesa’s initial success in Williamsburg had fueled another location at the newly constructed Essex Market in 2019, but it shut down after a few months when the Williamsburg formula didn’t translate to the food hall setting. Then the pandemic hit. In September 2020, after months of negotiations with their landlord, the Sussman brothers were forced to break their lease and leave their original Lorimer Street location as well. After considering locations in the West Village and the Financial District, Sussman finally settled on the mezzanine at 30 Rockefeller Center—another large-scale food hall. 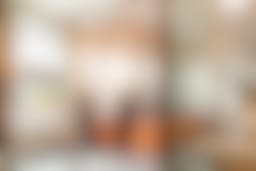 The Sussman brothers in their new Samesa location at 30 Rock.

Sussman feels sure that 30 Rock will be a better fit for his fast-casual concept than Essex Market. “If you want to grow a brand that’s currently extremely small,” he explains, ”and get it in front of lots of eyeballs and maybe a potential new investor, and maybe media outlets, being in 30 Rock is a great calling card for business.” He’s betting that 30 Rock has the staying power to weather the COVID storm, and will remain a destination for tourists and office workers alike. “If we can tough it out, and make it to hopefully the end of this year, the beginning of next year,” Sussman says, “when people return to their offices and tourism back to New York is at pre-COVID levels, being in Midtown ends up looking pretty good.”

As for the activism and community organizing that characterized the previous iteration of Samesa, Sussman has made sure that will be woven into the ethos of Samesa at 30 Rock, too. He continues to work with organizations like the Ali Forney Center along with doing activations with restaurants to raise funds and awareness for anti-racism causes, and has plans in place to continue free and reduced cost catering for charitable organizations, as well as the pay-what-you-can days instituted during the COVID lockdown.

As Samesa reopens, Sussman knows that his success hinges on each customer that enters the restaurant. “Never ever have I wanted to impress every single customer so much,” Sussman says, “because if there’s five people in an office right now, and I can get all five of them to be really interested in Samesa, then in six months when their office is at full steam, and there’s 100 people in the office, maybe we’ll cater for them, or maybe they’ll tell everyone that there’s this great new place downstairs. So, it’s so critical to make sure that every single person has an incredible experience that first time.”

Overcoming two closures, adapting to the pandemic, and making the long bet on a Midtown renaissance are keeping Sussman very busy. His focus on community and activism, plus the creative release of a platform on social media, are becoming a more typical mix of how restaurant operators cope, survive, and thrive in the new paradigm of New York dining.