The best Miami bars for all kinds of LGBTQ+ events.

It’s June in Miami, which means the mosquitoes are thriving, Publix is stocking up their bottled water aisles in preparation for hurricane season, and it’s time to celebrate Pride. While Miami is known as one of the more gay-friendly cities in the country year-round, lots of bars and clubs use this month to cater specifically to the LGBTQ+ community and its allies. In this guide, you’ll find 12 bars that aren’t specifically queer, but which are favorites among the community or hold weekly or monthly LGBTQ+ events.

It’s worth noting that lesbian bars are disappearing across the country, and Miami is no different. We traveled far and wide (even venturing to Broward and Palm Beach) and couldn’t find a single exclusively lesbian bar. It’s a real bummer for Miami’s queer women, and we’re hoping that’ll change sometime soon. In the meantime, we’ll continue our search. Maybe the real lesbian bar was the friends we made along the way?

Nathan’s is a gay bar right on Washington Ave. and 12th street, one of the beach’s busiest strips, with a decor based on nostalgic TV favorites with a twist - like a giant portrait of the Pink Panther requesting you “send nudes.” Grab a seat on a plush couch and check out their cocktail menu, which will be much more diverse than that cast photo of Friends you’re sitting under. They’ve got clever themes for pretty much every night of the week, including Pop Culture Mondays and Wednesday Sing-Alongs, and with well-priced drink specials and plenty of small bites, it’s an easy spot to spend most of a night at. 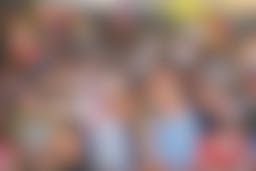 Gaythering Bar is located in the lobby of Hotel Gaythering, which is, you guessed it, a gay hotel. The boutique hotel caters exclusively to gay guests and members of the LGBTQIA+ community. The bar itself is dark and cozy, with a few tables and couches. They do events like trivia, bingo, and karaoke, but the Friday night Bears and Hares party is really their main event. Located right off the Venetian Causeway before Alton Road, it’s a bit separated from other gay nightlife spots, and as a result, is a little more low-key. 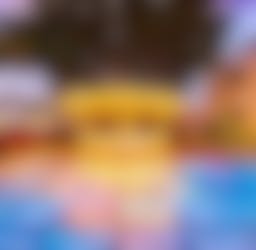 Marketed as a hetero-friendly hotel, AxelBeach is a fairly big resort on Collins with a few bars to choose from, but its Sky Bar, located right next to the pool, is home to some of the biggest weekly LGBTQ+ parties in Miami. Featuring popular local DJs and drink specials all day, the parties are marketed to people of all genders and sexualities, which results in a good, inclusive mix of attendees. The hotel also features a Ground Bar with a light-up dance floor as well as the fourth location of Alibi Monkey Bar, which is a staple in New York, Provincetown, and our northern neighbor Wilton Manors.

Twist is probably one of the most famous gay clubs in the country. The two-story spot on Washington Ave with the giant Pride flag outside has been one of the landmarks of Miami gay culture since the 90s and it’s still going strong. The inside layout can be a little confusing, with several different rooms and bars to choose from, and it’s usually packed with people dancing to the various DJs and drag performances that seem to be constantly happening. But with no cover charge and very generous drink specials (2-4-1 on pretty much everything), it’s easy to spend a whole night here taking shots with strangers and announcing, “This is my song!” every time Ariana Grande comes on. After sweating out all your electrolytes from dancing to Robyn all night, you might want to stumble on over to the 11th Street Diner, which just so happens to be attached to Twist and open 24/7. 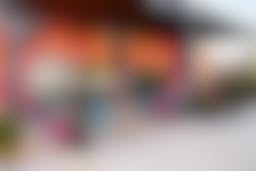 While R House is more of a restaurant (well-known for its Sunday drag brunches), it’s also a good place to get a drink if you’re looking to pregame a Wynwood night out. Gay-owned and operated, R House markets itself as a “no judgment zone,” which is perfect for when you’re several $4 Happy Hour glasses of wine in. There’s also a selection of Happy Hour snacks available, including Latin-American-inspired dishes like yuca fries and mozzarella croquetas. After striking gay gold with their massively popular drag brunches, the owners are looking to add some more LGBTQ-themed events throughout the week too. 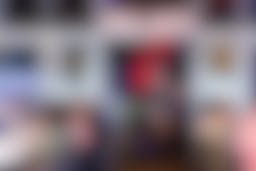 Palace is a bar, restaurant, and club all in one that’s been around for over 30 years and is home to some of the city’s most famous drag queens. There are drag performances almost daily, from its famous sidewalk brunches to dinners and late-night hookah parties. The rooftop bar is also a great place to grab a drink and enjoy a view of the water and the newly relocated gay beach, which is right across Ocean Drive on 11th street. 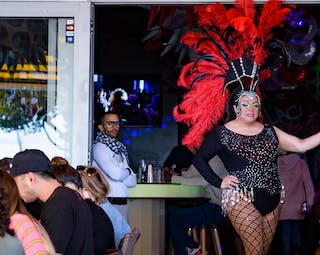 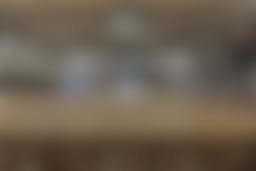 Local drag legend Athena Dion hosts a weekly “Not Your Abuela’s” bingo night at Time Our Market, which isn’t technically a bar but more of a sprawling food hall right off Lincoln Road featuring some of Miami’s favorite restaurants. It’s free to play and winners are awarded $25 gift cards to spend at the market as well as free shots, which make for an increasingly rowdy night. The event happens every Thursday night, so grab a Kush burger, a scoop from Azucar, some frosé, and settle in for a few hours of bingo and drag performances.

No, Blackbird can’t really be considered a “gay bar.” However, it’s somehow become the low-key lesbian hangout on ladies’ nights on Tuesdays among the crowd who used to frequent Purdy Lounge (RIP). Blackbird Ordinary has long been a Brickell favorite, and its outdoor-but-not-really-outside patio is a good place to dance and hang with a group. Tuesdays attract a good mix of people, and although it isn’t explicitly for queer women, the free drinks make it worth the possibility you’ll be approached by straight guys all night saying they love the U.S. women’s national soccer team, too. 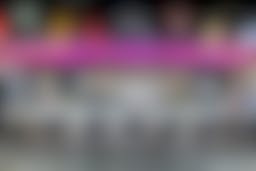 With good pizza, a shaded outdoor patio, and half-off drinks during Happy Hour, Gramps has become one of Wynwood’s more popular hangouts. It’s pretty queer-friendly no matter the night, but every Thursday they throw a Double Stubble party featuring drag performances, a DJ, and the occasional bingo game.

If you’re looking for a place to watch a drag queen do a flip off the bar and land in a straddle directly in front of your vodka soda, look no further than Kill Your Idol on a Friday night. With half-off drinks and performances all night by some pretty well-known drag queens like TV’s Trinity K. Bonet and Miami’s own Malaysia Babydoll Foxx, it’s one of the cooler experiences in South Beach. Centrally located right off Espanola Way, this place has events all week long too, from live bands to karaoke to watch parties for RuPaul’s Drag Race. As an added bonus, if you happen to need a break from the usually-packed, narrow space, you can pop on over to the adjoining Lost Weekend, a much bigger bar with some TVs and pool tables. 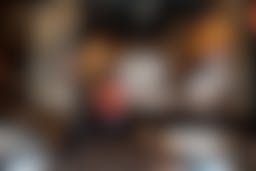 The Corner is the original venue of Counter Corner, a party that features a lineup of queer artists showcasing some truly unique and experimental drag performances. The bar only just recently reopened since the shutdown, so while Counter Corner isn’t officially back yet, the hope is that it’ll return to its roots with a weekly stint here. This a small, sit-down-and-talk kind of bar located in the middle of some of Miami’s biggest, stand-up-and-dance kind of bars - it’s on, well, the corner of NW 11th Street and North Miami Ave. And while there are plenty of tables outside on the sidewalk, the inside bar has a cool library kind of feel with a giant rolling ladder that always makes us want to try our best “Belle singing “Bonjour” at the beginning of the Beauty And The Beast” impression. 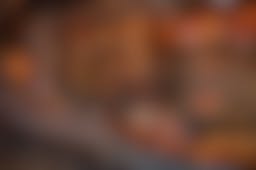 The winner of Ultimate Miami Drag Queen and local favorite Karla Croqueta hosts the always-fun Fruit Cocktail drag brunch at Sweet Liberty every Sunday. The cabaret-style show is a great way to spend an afternoon and check out drag talent from all over the state. With string lights, neon signs, and tropical wallpaper, Sweet Liberty is also one of the better decorated spots in South Beach and conveniently located right next to Collins Park. It gets very packed at night, but the Happy Hour (which Sunday brunch conveniently turns into) might be an even better time. From 4-8pm every day, oysters are just 75 cents each and you should absolutely order a platter and grab a cool-looking tiki drink for the full experience. 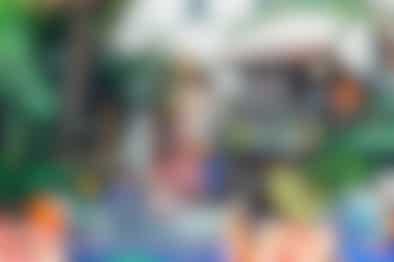 The Bar Greatest Hits List: The 18 Best Bars In Miami

The 18 best bars in Miami, according to us. 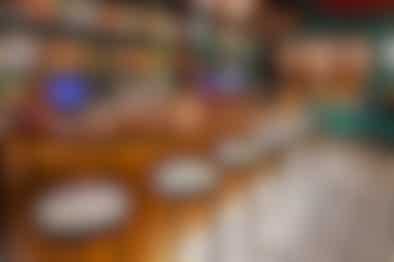 The Best Bars In South Beach 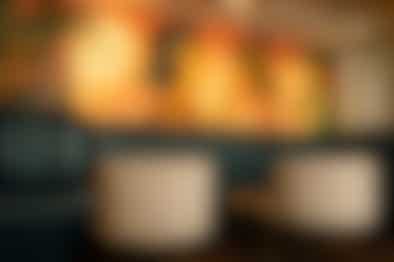 The Best Bars In Wynwood

Wynwood can be a mess, but these bars are our safe haven. 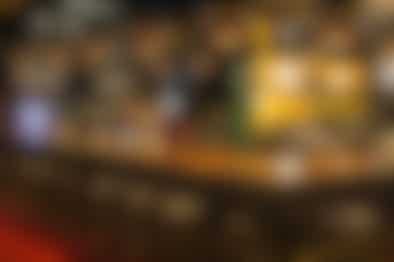 The Best Bars in Downtown and Brickell

For a post-work Happy Hour, birthday celebration, or just because it’s Friday and you want a cocktail. 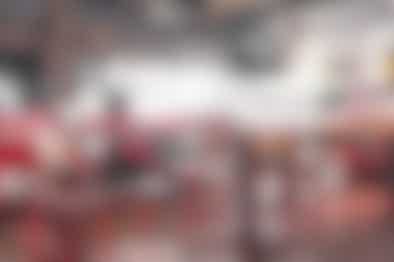 8 Exciting Things To Do & Eat This Halloween 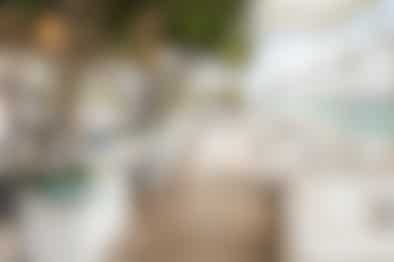 The Best Rooftop Spots In Miami

Six spots for when you just want to eat and drink on a roof. 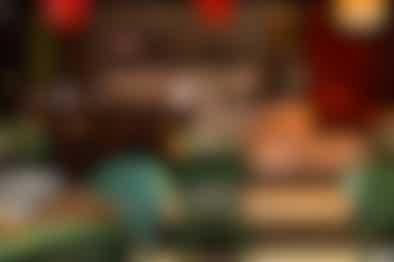 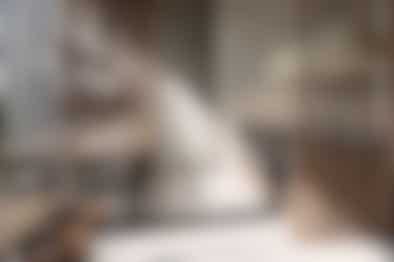 These are our 18 favorite places to eat in Brickell.
Restaurant Finder