Robert Moehling of Robert Is Here / Courtesy Photo
June 15, 2021
How Three Homestead Favorites Fought To Survive The Pandemic
And why their survival matters to Miami restaurants.

On a drive down to Homestead, a city in the southern reaches of Miami-Dade County, you’ll see sprawling farmland, perfect rows of citrus trees, and roadside stands selling fresh fruit. But if you know where to look, you might also find the best Key lime pie, the best cinnamon roll, and the best milkshake of your life. These - and a collection of outstanding Mexican restaurants in the area - have made Homestead a popular day-trip destination for plenty of Miamians.

But Homestead has its own culinary ecosystem, too. Over half its residents are Hispanic, a heritage that’s reflected at places like Taqueria Morelia and El Rincón De Jalisco, which serve some of Florida’s best Mexican food. The area’s many farms - which grow everything from okra to mangos and eggplant - also supply many Miami restaurants, including Chef Niven Patel’s Indian restaurant Ghee and Caribbean-inspired spot Mamey. “We’re hyper-focused on quality and the exact time to pick things, so when we’re talking about local produce, [Homestead farmers] can actually pick them at their ripest without having to take in the factor of delivery time, shipping cross country, things like that. You really get deep flavor and quality,” Patel says.

The morning Patel spoke with me, he got a text from the owner of Homestead CSA Tiny Farm, saying that they were closing production this week until July. Did he want the remaining batch of eggplants? As always, Patel’s answer was yes. He’ll likely preserve the eggplant for his new spot, Orno, opening in a few weeks. Patel was first introduced to Homestead six years ago, right before opening Ghee. His decision to source ingredients there, and even eventually open up his own farm, came down to a desire to be as authentic and seasonal as possible. “There’s always something new and fresh and exciting coming in,” he says. In the process, he’s also found a rich community of like-minded farmers. “The conversations and the relationships I get to create with them is what makes it all worth it.” 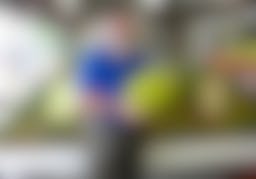 But despite all the Homestead produce and goods that make their way across Miami, the 33034 zip code, which covers parts of Homestead and Florida City, is the poorest in the county. According to 2019 census data, 23.8% of Homestead’s residents live under the poverty line. About 12% work in agriculture, which may not sound like much, until you realize that the rate is under one percent throughout the rest of the county. This often comes with harsh working conditions, cramped living quarters, and, in times of COVID, job insecurity. When the pandemic hit, it took a toll on many local businesses and those who keep them running. With Miami hotels vacant, restaurants closed, and cruises sitting idle, where would all this produce go?

“Farmers couldn’t give their stuff away—even to the soup kitchens and food banks. There was so much - no one had room for it,” says Robert Moehling, who first opened his farm stand, Robert Is Here, in 1959. He has encountered his share of setbacks over the years: Hurricane Andrew, recessions, competition from produce companies abroad. But that hasn’t kept him from arriving at his shop every day by 5am. “I’ve never given up anything I’ve ever started,” he says. “I vowed that I wouldn’t close during COVID. It wasn’t going to happen on my watch. I’d do anything.”

But it was hard, especially when restrictions only permitted eight people in his store. “I can’t make any money on eight people at a time,” he says. So he opted to hand out milkshakes on the back patio and convert extra space into a makeshift drive-thru. “I just couldn’t believe people would wait in line to be in my market,” Robert says. “And they all say that’s what they wanted to do. They’d not been out since March.” 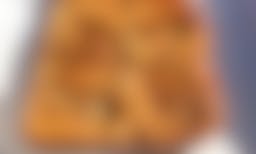 Further north, Thomas Blocher of Knaus Berry Farm noticed the same enthusiasm among customers when they opened up for the season in October. “We’re cheap entertainment,” he says. “A lot of our customers are people that live where there aren’t a lot of trees. So they come down and they feel like they’re there in the country.”

Thomas, who settled in Homestead with his family as a kid, began working at the farm in 1969, making cardboard boxes for strawberry pints, earning three cents a box. Now, he’s the bakery manager and married to Susan, daughter of founder Ray Knaus. The farm, which offers strawberry and tomato u-pick in season, is probably best known for its cinnamon rolls. Thomas says his mother-in-law developed the recipe in the early ’60s, and aside from its size (each roll used to be twice as large) and the removal of crushed pineapple, the recipe has stayed the same.

Since it’s a seasonal operation - open from October through April - Thomas and his team had some time to reorient and restrategize in the wake of the pandemic, after closing a few weeks early last spring. But before closing, Thomas invited Patel, who often sources strawberries and lettuces from Knaus Berry Farm, to pick the last of the tomatoes. Patel collected around 1,000 pounds of tomatoes that day, which he later used in a tomato and egg curry dish.

Typically, in the off-season, the Knaus Berry Farm team grows mango trees to freeze fruit for shakes. They also make guava and strawberry jelly, but last year, with supply chains disrupted, they couldn’t get the jars to make new jellies. When they opened back in October 2020, they sold whatever was left from the previous season. In order to keep the crowds moving, they whittled down the bakery menu, removing less popular items like bread loaves from the daily offering.

But some things don’t change. Until Knaus Berry Farm closed for the season in April, visitors from all walks of life were lining up, from Orthodox Jews to police officers to Buddhist monks from the temple down the street. “We’ve had Rolls-Royces parked next to farm tractors,” Thomas says.

At this point, despite the struggles of the last year, there’s nowhere else Thomas could imagine living or working. “You’ve got roots,” he says of the place. “This is our livelihood.”

Debra Allen of Sweet Delights Bakery (or Miss Debbie, as she’s known to customers) has also seen her share of ups and downs in the last year, but there’s nowhere else she’d rather be. She founded Sweet Delights ten years ago, on the heels of the last Great Recession. After her son was critically wounded as a soldier in Iraq, he was left permanently paralyzed in his right upper extremity. Miss Debbie, a longtime nurse, abruptly gave up her career to care for him.

When she started the bakery, it was just another form of caring for people. She poured all of her retirement savings into Sweet Delights. When the recession hurt business, Miss Debbie, a woman of faith, prayed to God for an idea. That’s how she landed on fruit-infused Key lime pies. She hadn’t even tasted the classic South Florida dessert until that year. But she went on to make everything from lychee Key lime pie to tamarind Key lime pie to an eggnog version for the holidays. Her pies are best eaten cold, straight out of the freezer. The banana key lime pie is a sleeper hit, but even the classic stands out, with its tangy sweetness. They have even been touted as some of the best in America (and we agree).

In other words, Miss Debbie was on a roll - until the COVID pandemic began and business ground to a halt. Sweet Delights closed for two weeks. “At that time, we did not know what we were dealing with,” she says, “and I surely didn’t want to get anybody sick.” So she re-opened with only curbside pick-up, but people weren’t lining up the way they used to. “It was very hard because a lot of the hotels were closed, and my business depends on tourism. So it really hurt.”

She says she didn’t feel supported at the time, a feeling she explains was mutual among small businesses like hers in the area. “Small minority-owned businesses like mine weren’t able to get PPP loans, because we do not have the paperwork. We were just pushed aside. It was very painful for me. We didn’t have access to those funds.”

Thankfully, though, Miss Debbie, has also seen an uptick in tourists at her bakery as travel restrictions have eased. Just a few weeks ago, she had the Mormon Tabernacle Choir visit from Utah; they wrote an epistle on her Yelp page about their experience.

“I thank God that my doors were able to be kept open, because I think it was seen as something hopeful in these times,” Miss Debbie says. “At least we still have this. We can still get a good Key lime pie or a really good cake.”

The Best $10 Meals In Miami
Because it is, thankfully, still possible to eat great for under ten bucks in Miami.

Where To Eat When You’re Sick Of Being Told To Order 2-3 Small Plates Each
The Miami restaurants where you can get your own damn plate of food.

18 Iconic Hispanic Restaurants In Miami
Get a crash course in Latin American cuisine at these historic Miami restaurants.