At the age of eight, in 1980—soon after the Iranian Revolution and in the midst of the Iran hostage crisis—future cookbook author Naz Deravian and her family fled her hometown of Tehran, and moved to Rome. Iran’s political climate made it inhospitable for them to stay, but Iran’s conflict with the United States didn’t allow them to emigrate to America, either.

After a two-year stint in Rome, they settled in Vancouver in 1982. Deravian’s mother was already the first female lyricist of Iran—she wrote poems—but in Vancouver, she became the first baker to make Persian barbari bread.

24 years ago, in 1997, Deravian moved to Los Angeles to pursue an acting career, which included theater and roles on TV shows like Homeland and Weeds. “I worked for quite some time, and when I started my family—it’s not a very reliable lifestyle,” Deravian says. 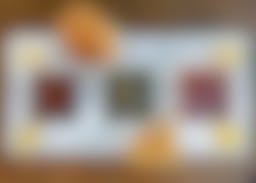 She transitioned from acting to cooking and founded the culinary blog Bottom Of The Pot as a creative outlet. In 2018, she published a cookbook filled with stories from her childhood and Persian recipes, winning awards and best-seller status. These days, she contributes recipes to the New York Times cooking section.

In June 2020, Deravian appeared on an episode of the Padma Lakshmi-hosted Hulu docuseries Taste The Nation. The sixth episode focused on the Iranian Diaspora in the affectionately known “Tehrangeles,” where the most Iranians outside of Iran (more than 50,000) now live. Deravian and Lakshmi shopped together at the Santa Monica-based Tehran Market, and she invited Lakshmi into her home to cook tahdig—Persian crispy rice—which translates to “bottom of the pot.”

“Meeting and working with Padma was just a joy,” Deravian says. “It was a really, really great day, shopping and cooking, and talking to Padma was really a highlight.” Deravian uses the words Persian and Iranian interchangeably, but says, “I use the term Iranian more, which encapsulates all the different regional ties and ethnicities within Iran.” 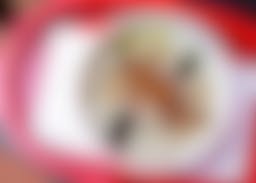 In LA, Deravian has access to Persian markets, restaurants, and bakeries, from West LA to Simi Valley to Irvine in Orange County. Most of the restaurants serve traditional kababs and stews, but she’d like to see more diversity on menus. “It’d be nice if we had something open up that was more regional, because Iranian food is so regional, and delve into these ... I wouldn’t say lesser-known, but dishes that are primarily made at homes and not in restaurants,” she says.

Another thing lacking in LA: Persian tea and coffee houses. “It would be really awesome to have,” Deravian says. “I don’t know why that hasn’t taken off. I think it’d do really well. But at any of these institutions, the meal would be followed by a strong glass of tea with sugar cubes on the side, or rock candy, or a couple of pieces of pastry.”

Though lagging behind the variety available in Southern California, Deravian thinks the rest of the country is catching up on Persian cuisine. “I think the right steps are being taken towards that with the work that so many talented Iranian chefs—Iranian Americans and the Iranians in the Diaspora—are doing as far as restaurants, food writers, and cookbook authors,” she says. “I think it’s starting to happen, and that makes me very happy. I’m seeing a lot of places in the South, where you wouldn’t expect to find Persian restaurants and communities. I’m seeing a lot of restaurants pop up throughout the country, and a lot of people doing exciting work that pushes the cuisine beyond what we know here.”

Back in Tehrangeles, here are a few markets and restaurants Deravian recommends, a combination of well-covered institutions and a few lesser-known places. 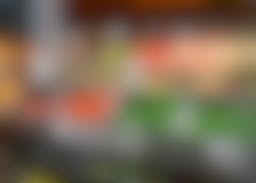 This store is Deravian’s “go-to market for groceries.” She enjoys strolling through it and buying seasonal produce like fresh sour cherries, fresh mulberries, and ghooreh—unripe green grapes. They also sell pre-marinated kababs, the yogurt drink dough, breads, flower waters, and the coveted saffron, which can be found stored behind the counter. “When I go to Tehran Market, I text all our friends, mostly non-Iranian friends, and I say, ‘I’m at Tehran Market, do you need anything?’ And then I get this whole list.”

Besides having all the supplies she needs, Tehran Market grills kababs in their parking lot on Saturday and Sunday. “It’s just the best,” she says. “You can smell the scent of the kababs grilling on the charcoal from blocks away. Get there early. Park on the street. You’re most likely not going to find space in the lot itself, because it gets busy. They grill everything from the classics like koobideh and joojeh kabab—the chicken kabab—to fish, and lots of veggies. It’s to go, but they have a couple of chairs and tables that you could sit at and eat. You’ll get covered in smoke, which I don’t mind. They don’t serve the kababs with rice. They serve it with lavash bread, with a lot of great pickled sides [torshi].” She remarks that Iranians typically go out to eat for kababs but make stews at home. “That’s something you leave up to the pros, to the grillmasters,” she says. 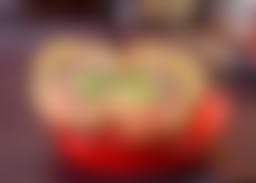 Located in the Persian Square area of Westwood, Attari sells more than just sandwiches—they’re one of many Persian places in SoCal that cooks up a beef broth called abgoosht. Deravian describes it as a soup/stew of potatoes, lamb shank, and marrow. “You can take all the cooked meats and vegetables out, and you mash it into the consistency of refried beans - you can make a sandwich of that and you have the broth on the side, which is this really delicious rich tomato-based broth.” The stew is sometimes served in a clay pot called a dizi. “If it’s made specifically in that pot, it’s called dizi, but the dish itself is abgoosht,” she clarifies. On Fridays, Deravian recalls that Attari does the abgoosht, but check with the restaurant first. And of course, she and her family also love Attari’s sandwiches: kuku, made with egg and herbs; kotlet, a.k.a. chicken patty; and a tongue sandwich. “I think they do a really nice job with it,” says Deravian. 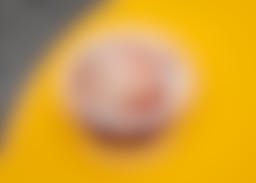 Persian ice cream thrives in Westwood. After eating abgoosht, walk across the street to Saffron And Rose. In the summertime, Deravian likes faloodeh—thin rice noodles mixed with rose water, lime juice, and sugar, and then partly frozen (similar to granita). She compares the consistency to a slushie. Alongside faloodeh, choose from an assortment of ice creams. “Their orange blossom ice cream is just to die for. They have a great lavender ice cream too,” she says.

Simi Valley might seem like a far trek for Persian sweets, but Deravian claims Fariba Nafissi’s bakery is worth the trip and has “hands-down the best pastries.” And this is coming from someone who typically doesn’t indulge. “I’m traditionally not a huge fan of Persians sweets, because I would always find them [to be] really sweet,” she says. “I don’t have a huge sweet tooth. But Fariba has really nailed that perfect amount of sweetness in Persian pastries that’s not off-putting.” Deravian likes Fariba’s chickpea flour cookies called nan-e-nokhodchi and kolompeh, which is a specialty from Fariba’s hometown of Kerman. “It’s a date-stuffed pastry, and they get that beautiful stamp on it. It looks like a piece of art,” she says. ZoZo even ships its baked goods—including kolompeh—jams, and pickles nationwide and internationally. Both the studio and online store are on temporary hiatus, but are meant to reopen in October 2021. 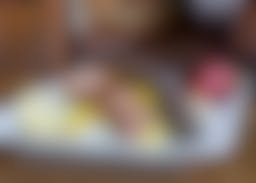 Head to San Fernando Valley and Encino’s popular Sadaf restaurant. (They have a second location in Thousand Oaks.) “They stick to the same kind of dishes—the kababs and the stews—but they’re a little more refined and upscale in their presentation,” Deravian says. They serve an array of vegetarian dishes too, plus a variety of wines and cocktails, including the Persian mule—gin, fresh lime juice, simple syrup, ginger beer, mint—and a saffron martini, made with saffron simple syrup. 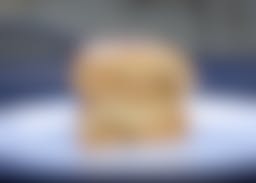 Glendale contains a few Persian restaurants, including the famous Raffi’s Place and Nersses Vanak Restaurant, the latter of which cooks abgoosht in the dizi. “At the table, they will mash those ingredients for you,” Deravian says. While in the neighborhood, Deravian recommends also stopping at Pacific Food Mart for pirashki, a stuffed fried dough, similar to the Russian or Armenian pirozhki. “It’s another grocery store, but they make their own pirashki,” she says. “It can either be [stuffed] with ground meat, with potato and egg. You can also have sweet pirashki. And you can obviously do all your shopping there, too.” If you want to learn how to make your own pirashki, Deravian has a recipe in Bottom Of The Pot. 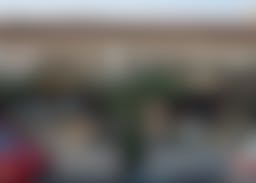 Jino’s Pars, which is located less than two miles from LAX and near Deravian’s home, serves both Persian and Italian food. “It was quite a find,” she says. “It’s on this nondescript portion of Manchester Boulevard, close to the airport. I just find that really interesting—that Iranian restaurants are really everywhere.” She says they offer kababs and stews, but also pizza and pasta. 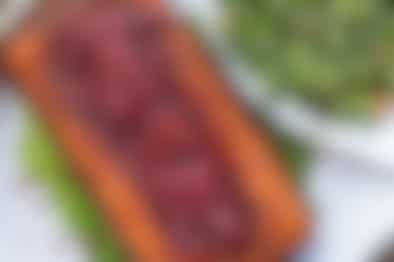 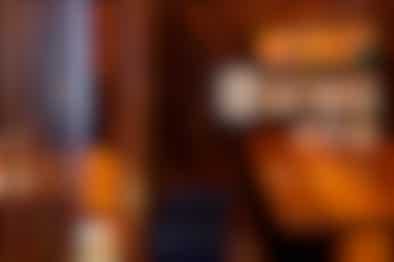 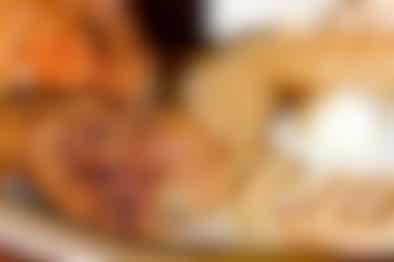 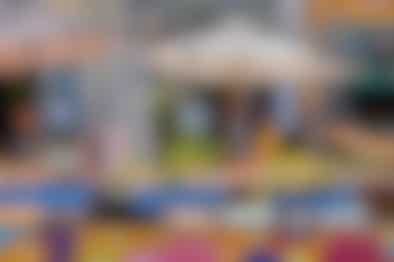 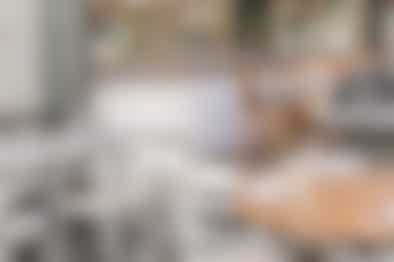 12 places for when you want to keep your birthday low-key, but you’re also lying to yourself.
Restaurant Finder