Ever wondered what LA Editor James Montgomery’s favorite restaurants are? No? Well, then this is awkward...

We did it, guys: We made it through 2020. I’ll admit it, things were getting pretty dark at the end there, what with the shelter-in-place orders and the end of outdoor dining and the looming civil war and - wait, it’s still December? Lord, this month has been a decade.

Case in point: I spent like an hour trying to remember anything I ate recently. Not because I didn’t have plenty of great meals this year, but because every day has basically been the same since March. Fortunately, my wallet is downright Costanz-ian in girth, so I was able to dig through my receipts and find these five spots, each of which was a bright spot in a month (epoch?) sorely lacking in them. Now if you’ll excuse me, I’m about begin my countdown to 2021 - which isn’t for another... fifteen days?!? Someone help me. 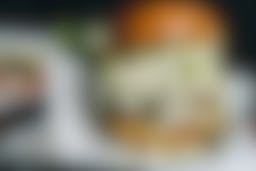 If you’re like me, the phrase “Abbot Kinney burger bar” probably gives you pause. But don’t sleep on Adrift - because the burgers are fan-f*cking-tastic. They’re from burger king David Myers, formerly of LA’s Comme Ça (the now-closed home of a burger once declared “perfect” by The New York Times), and since there are only three on the menu, you can (and should) order them all. The 1940s Classic is their old-school option, while the DM (with aged Vermont cheddar and “secret sauce”) and the Adrift (kicked up with tomato-and-Indian-ajwan jam, pickled jalapeños, and a pair of cheeses) push things forward. And though the latter was my favorite, they’re all worth your time - as are Adrift’s amazing strawberry shakes and fried button mushrooms with a smoky dipping sauce. It was all so good, it made me forget my judgmental ways for, like, an entire hour. 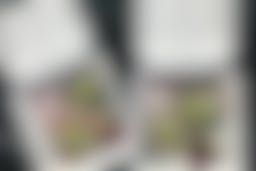 A quick recap of Villa’s backstory: After two years of lugging his grill to block parties and cooking in his grandmother’s front yard, Victor Villa was this close to opening a brick-and-mortar taqueria in 2020. Ultimately, he decided against it (good call), and instead did what so many others did this year - he pivoted... to his grandmother’s backyard. Turns out, that was an even better call. Working with a small team of friends and family - his sister helps fill orders, his grandmother and father make fresh salsas and pico de gallo, and his mom prepares chorizo - he’s turned his namesake spot into a true LA taco destination. The literal house special are his stupendous seven-layer chorizo and potato tacos, served on Dodger Blue corn tortillas (a tribute to the World Series champs) with a base of crispy, griddled-on cheese. They’re spicy, smoky, and satisfying, especially when topped with Villa’s chunky tomato salsa, and ordering is a breeze: Just DM them on Instagram to arrange curbside pick-up. Villa’s success is proof that sometimes, Plan B should be the plan all along. 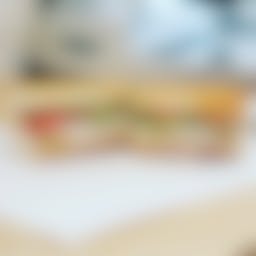 My never-ending quest for big-ass sandwiches recently took me to Redondo Beach, where I was following up on a reader’s recommendation to check out Swell Deli, a new-ish spot that had opened this summer. It was worth the trek. Swell not only has the spirit of the bodegas I loved back in Brooklyn, it’s got the sandwiches, too. The Goodfella is their take on an Italian sub, and it’s appropriately stacked with all the meats and peppers, then doused in the perfect amount of juice (just enough to drip out when you take a bite), and they know enough not to mess with the simplicity of a caprese sandwich, too. But my favorite thing on the menu was decidedly Californian: The Beach Blanket, stuffed with turkey, brie, and avocado, plus roasted garlic aioli and some pepperoncini for a bit of bite. 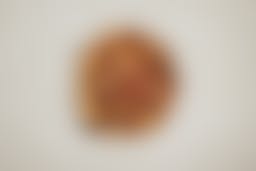 This always-popping Venice spot recently added wood-fired pizzas to the menu, and in keeping with the “something for everyone” ethos of said menu (which is also probably the secret to Great White’s success), there’s the perfect pizza for just about every occasion. Want a pie at brunch? The smoked salmon is a pretty solid approximation of Nova lox, with cold-smoked salmon, red onions, capers, and dill atop a schmear of chive crema and a charred crust. Looking for something super-savory at dinner? Like the name implies, their Truffle Fungi pairs deep, rich truffles with plenty of earthy mushrooms (and a white-wine lemon cream). Or, if you’re just in the mood for, like, a regular pizza, their pepperoni pie has about seven pounds of perfectly crisp, slightly salty pep on it, and it might be my favorite of the bunch.

FOR ESCAPISM (AND SEAFOOD):

I’m still not sure if “Crossing county lines for seafood” is one of the 586,000 exemptions in Eric Garcetti’s shelter-in-place order, but either way, I recently made like Snake Plissken and escaped LA. I ended up in Carpinteria, a beachside town about 75 miles north of LA. Why? Because I read Brant’s review of Little Dom’s Seafood and got hungry. Turns out, I made the right choice. If you’ve ever been to Little Dom’s in Los Feliz, you know their rice balls and meatballs are the stuff of legend, and both made the trip up the coast to LDS, but that’s just the beginning. From raw bar standouts like ridgeback shrimp and uni (both fresh from the waters of Santa Barbara) to the smoked fish rillettes and rich squid ink mafaldine with spicy uni butter, this was a Meal with a capital M - delicious enough to forget the hellscape we inhabit, if only for a couple hours.

Under normal circumstances, it’s pretty difficult for me to remember what I did last week, let alone last month. Fortunately, during quarantine, I’m adhering to a pretty strict drug regimen to keep my mind limber, so after Kat, Brett, and Brant weighed in with their favorite restaurant picks, I was reasonably confident I could do the same.

So I dug deep in the recesses of my brain - and my wallet, where I keep receipts - to come up with these spots. From Italian seafood to tacos, pizza, and big-ass sandwiches (boy, I eat like a college freshman on a bender), here’s where I’ve - apparently - been eating most of my meals lately. 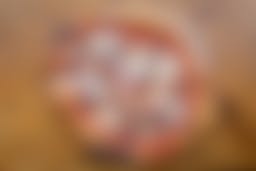 This was one of the first restaurants I ate at after coming on as the LA editor (thanks Brett!), and it became my favorite pizza place in town. In the beforetimes, I loved how much it felt like a neighborhood spot back in Brooklyn - the no B.S. pies, the chatty guy behind the counter, the railing by the window where you could post up with a few slices. And, after picking up a couple pies for a socially distanced dinner in Atwater Village, I’m happy to report it’s still my favorite pizza place in LA. I personally love their spicier pies, like the Pep Pep, with chorizo, pepperoncini, and honey, or the Savannah, with salami, Calabrian chili, and pickled jalapeño, but you can’t go wrong with the margherita or a straight-up pepperoni pizza, either… especially since everything comes on their springy, slightly funky sourdough crust.

If the giant neon “PASTRAMI” sign doesn’t clue you in, your nose will. You can smell Johnny’s pastrami - not to be confused with Johnnie’s Pastrami - being smoked from about a block away, so well before you get in line, you know what you’re in for. And you won’t be disappointed. That pastrami is smoky, slightly peppery, and sliced super-thick (you can - and should - order it by the pound), but it’s best as a sandwich. Served simply on marble rye from Tartine Bakery with a dab of deli mustard, it’s not the kind of towering showstopper you’ll find in some delis, but what it lacks in altitude, it more than makes up for in attitude. This is a big, bold showcase for the deeply smoked brisket, the bite of the bark, and the semi-rendered fat cap (I always prefer my pastrami a little fatty), with an emphasis on big - this is also a meal unto itself, so if you’re looking to try a couple different things here, I’d recommend ordering a half sandwich.

FOR PASTA (AND MORE PIZZA): 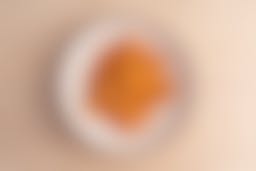 Ospi is the new Venice spot from the duo behind El Segundo’s Jame Enoteca, a restaurant so good even their kale salad is incredible. Like Jame, the menu at Ospi features plenty of pasta - my favorites were the malloreddus (tiny, pillowy Sardinian gnocchi) with a rich beef-cheek ragu, and a fantastic cannelloni stuffed with tender lamb neck - but there’s a lot more, too. I loved the thick slices of toasted fettunta topped with chilled lobster, stracciatella, watermelon radish, and Calabrian chili, the Hapa Pizza with roasted pineapple, pickled jalapeño, and spicy ground pepperoni (a play on the pies at Long Beach’s iconic Domenico’s, which co-owner Melissa Saka grew up eating), oh, and the crab cake, which was very full of plump crab and came atop a tangy gremolata with spicy giardiniera on the side.

FOR WHEN I WANT TO STAY IN THE NEIGHBORHOOD: 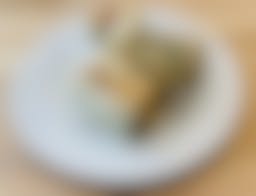 After ending a 20-year-run in 2017 - and a brief stint as Starks - Jerry’s Famous Deli recently returned to Marina del Rey as Jerry’s Patio Cafe & Bar. Which is great news for me, because I live within literal walking distance of this place. Not surprisingly, they’ve focused on a lot of the original’s signatures - big deli sandwiches, matzo ball soup, latkes - and their breakfast burrito doesn’t stray far from that strategy. So it’s a good thing that pastrami and latkes are fantastic when wrapped in a flour tortilla, especially with fluffy eggs, smashed avocado, caramelized onions, and plenty of cheese. And while that might sound like the kind of breakfast that’ll put you down until lunch, the eggs and avocado make it pretty light, and the smoky salsa pairs well with the salty pastrami and savory latkes. Above all, it’s supremely satisfying; a worthy addition to a menu full of comfort classics - and like I said, I didn’t have to walk far to make it back to my couch. 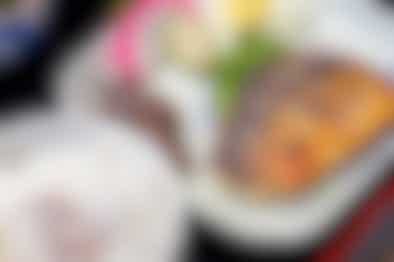 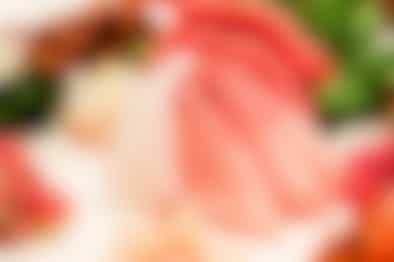 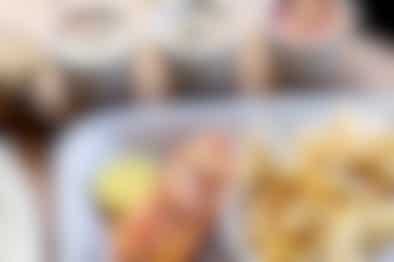 Ever wondered what Staff Writer Brett Keating’s favorite restaurants are? No? Well, then this is awkward... 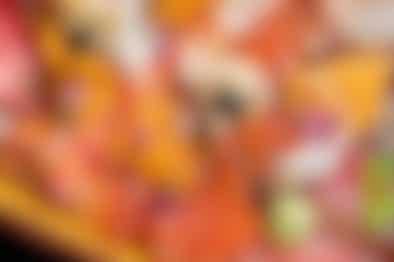 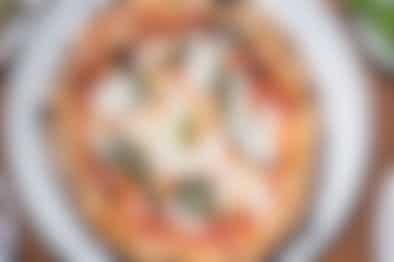 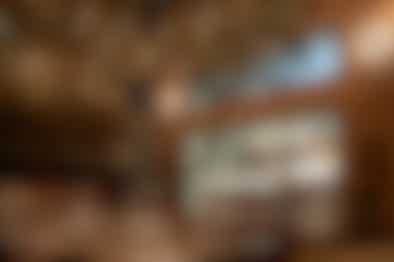 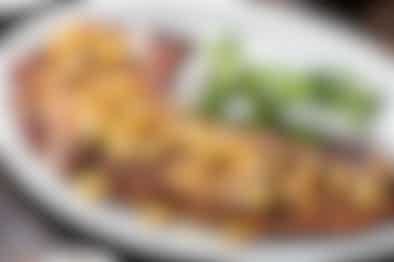