LA’s a haunted city and here are some restaurants that get in on the spooks.

Compared to most major American cities, Los Angeles is young. After all, we weren’t even incorporated until 1850 - people in New England have socks older than that.

But if you think a relative lack of history means this sprawling metropolis is any less haunted, think again - LA is spooky as f*ck. We’ll let you deep-dive into Charles Manson, Black Dahlia, and the Los Feliz murder house on your own time, we’re here to discuss restaurants. And in particular, the ones where ghosts fully run the show. From a classic Beverly Hills steakhouse to a saloon in the Santa Monica Mountains, here are 13 LA restaurants that are definitely haunted. Probably. 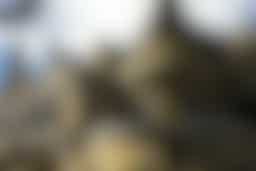 Frankly speaking, if you spend a night roaming around The Magic Castle and don’t see a supernatural event, you’re just unlucky - or perhaps even more egregious, a non-believer. This members-only magicians club is located inside a giant (and legitimately haunted) Hollywood mansion where evenings include everything from sleight-of-hand magic to actual séances to Old Fashioneds that’ll have you believing anything you want. It’s one of our favorite nights out in Los Angeles, and even if the food at dinner isn’t anything special, you’ll be more than satiated with celestial anticipation. 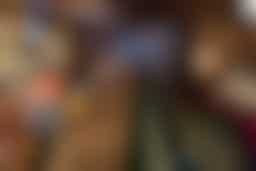 The Dresden in Los Feliz is broken up into two distinct areas - the main dining room and the bar/lounge. While you can certainly come to this Old Hollywood spot and have a fine prime rib, the real move is to skip dinner altogether and hang out with the ghosts in the lounge instead. Here you’ll watch iconic jazz duo Marty and Elayne perform their nightly cabaret act, drink too many Blood & Sand cocktails (spooky, we know), and contemplate if the mysterious energy in the air is paranormal activity or just Marty and Elayne’s smoldering sexual tension. Either way, be sure to get there early, because Marty and Elayne bring a crowd - from both sides of the veil. 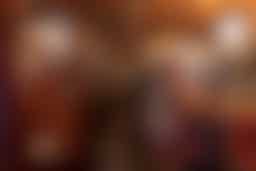 Walking into The Old Place is like entering into the first level of Westworld, and if that alone doesn’t chill you to your core, nothing will. This iconic steakhouse/saloon in the Santa Monica Mountains has been open since the 1970s, but the building itself dates back to the 19th century, when it was a general store and post office. Needless to say, these walls have seen some things, and if you keep your eyes peeled as you eat a perfectly cooked steak and the best mac and cheese in LA, you probably will too. 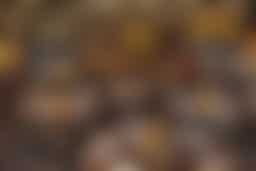 With a plotline that features poisonous apples, talking mirrors, and a disheveled cabin filled with seven sex-less men, Snow White is easily the scariest movie in the Disney vault. If you’re in the mood for something similar, head immediately to Tam O’Shanter. The classic Scottish-themed steakhouse in Atwater Village might not possess those exact elements, but it does boast aggressive Tudor-style architecture that, at least for a few hours, will make you believe you’re stuck in an enchanted forest. Open since 1922, it’s one of LA’s oldest restaurants and counted Walt Disney himself as a regular, so watch your back - and the mirrors. 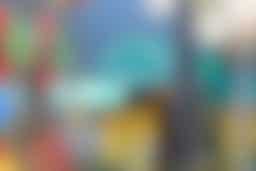 Perhaps it’s the woman at the bar with a rhinestone cane, or Rhea Perlman ripping shots of gin with the maitre d’, but the energy inside Dan Tan’s has always felt a bit otherworldly. In the likely event of an actual poltergeist, don’t plan on making a quick exit, however, because you can’t - this West Hollywood Italian restaurant is cramped, chaotic, and that woman at the bar isn’t moving her cane for anybody. So just take a deep breath and offer the visitor some chicken parm and a swig of your martini. That’s what it came back for anyway. 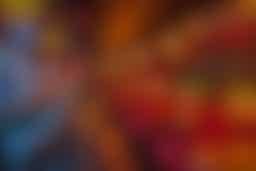 Formosa Cafe recently finished a multi-year restoration that saw the return of its original 1940s design and character, and the results are tremendous. But you know who loves the renovation even more than we do? Ghosts. The moment you walk into this iconic West Hollywood bar/restaurant, you can feel the history seeping from its floors, and it doesn’t take a trained imagination to picture John Wayne and Ava Gardner lounging around the bar. Or maybe that actually was them. Either way, find an open seat, order some chile wontons, and wait for the next cold gust of air to brush across your neck. 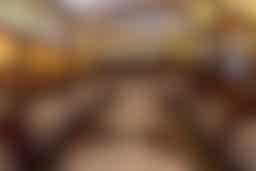 It’s been open since 1919, and therefore, is the recipient of our Highest Probability Of Flirting With A Bartender Who Is Also A Ghost Award. In truth, this Hollywood Blvd. institution is filled mostly with brochure-toting tourists and food that hasn’t changed much since opening day, but if you leave here in a bad mood, you can only blame yourself. The martinis are some of our favorite in town, the waiters all still wear red jackets and bowties, and there’s a hidden phone booth in the back in the event things get hot and heavy with your ghost-tender. 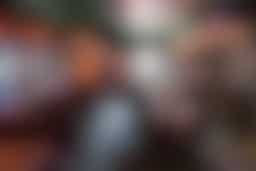 Scary movies taught us that ghosts are mostly widows in Victorian dresses and hollow-eyed children with unhealthy doll obsessions, but walk into Chez Jay in Santa Monica, and you’ll realize every apparition here is a bitter sea pirate just looking for a light. Open since 1959, this nautical-themed drinking hole is where you go when you’re tired of Ocean Blvd.’s glossy apartment complexes and generic Italian restaurants and need to feel something authentic. Or at the very least, something borderline metaphysical. There are peanut shells on the floor, a jukebox that probably doesn’t play anything later than Earth, Wind & Fire, and you’re almost positive the giant fish on the wall is staring at you. It is - and so are all the framed photos. 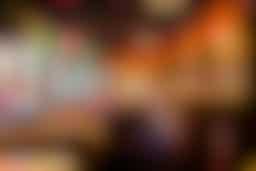 It takes one midnight Google search of “Sharon Tate” to realize that some pretty strange sh*t has gone down at this ancient Mexican restaurant. Open since well before dinosaurs roamed Beverly Blvd., El Coyote certainly doesn’t have the best food in town, but if you’re coming here for a thoughtful take on a pork offal chicharron, you got the wrong memo. You’re here because the margaritas are the strongest in LA and the cavernous dining room is always one round away from being a full-on house party. And you better believe the spirits are down to get a little weird. 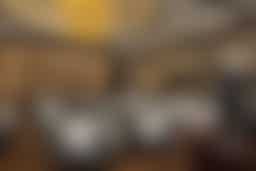 It’s common knowledge that the spirit world feels extremely comfortable on a cruise ship, so don’t be surprised if you see a few specters floating around Lawry’s. This Beverly Hills original has been open for more than 80 years, but today, looks more like a 1980s cruise liner sailing into the Gulf of Mexico. There are giant ballrooms filled with ornate chandeliers, golden carts of prime rib zipping past your table, and semi-spooky oil paintings on the walls. It’s a classic LA dining experience, and one that will only be heightened by a high-heeled shadow in the corner. 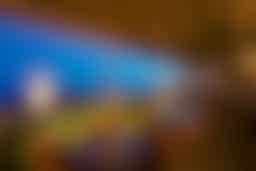 Geoffrey’s is a Malibu institution, and if you think a few renovations over the years have deterred the ghosts from getting in on the action, you’re obviously unaware of just how much ghosts love Malibu. And honestly, can you blame them? The views are spectacular, the rent is finally free, and the food hasn’t changed at all since they were in the flesh. It’s a triple-threat scenario for the paranormal, so as you’re snacking on some better-than-expected crab cakes, stay alert - there are definitely some see-through vultures looking to snag a bite. 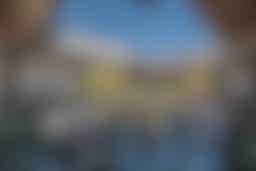 Built as a private residence in 1914 and converted into its current form in 1960, Yamashiro is a massive Japanese restaurant overlooking Hollywood, and a place where ghosts can truly be themselves (the 600-year-old pagoda that sits on the grounds probably helps). The decor is admittedly pretty gaudy, and the food isn’t much better than anything you’d find at Hollywood/Highland, but at the end of the day, a tacky ghost is a fun ghost. So order a couple rounds of house martinis and an oversauced sushi roll platter, and join the party. 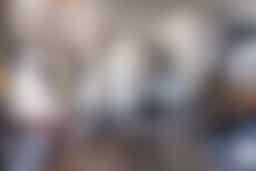 The Bar At Culver Hotel

Let’s face it, most first dates are complete horror shows, so you might as well lean into it and go to The Culver Hotel. The landmark building in downtown Culver City is steeped in movie history (it’s where the cast stayed during the filming of The Wizard Of Oz) and its ground-floor bar/restaurant is one of our favorite left-of-center date spots in town. Think live jazz music, silent movies playing on the wall, and an above average chance of seeing Judy Garland swoop in for a few boozy numbers at the piano. 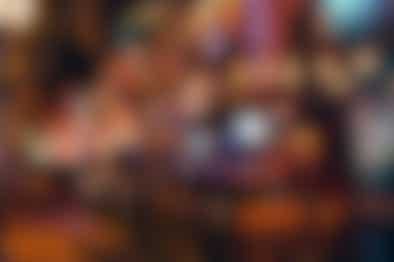 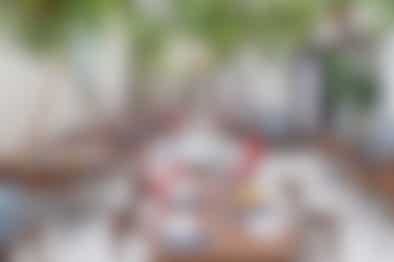 36 spots guaranteed to make you the hero of the office - or at least make everyone forget what you did at the last holiday party. 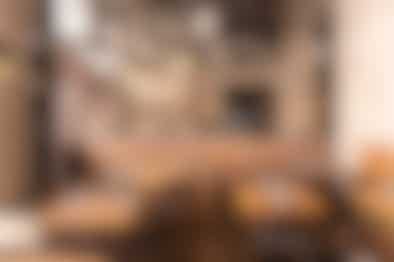 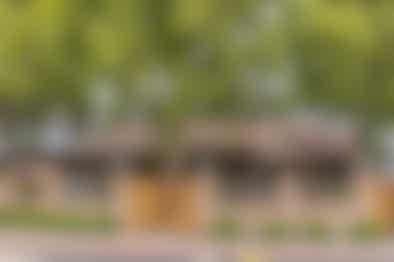 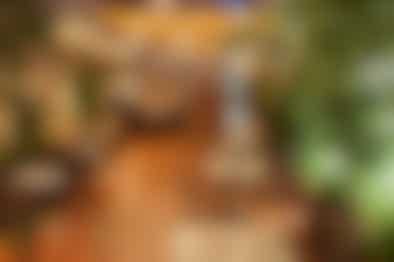 A running list of reopened LA restaurants with patios and outdoor spaces where you can eat and drink. 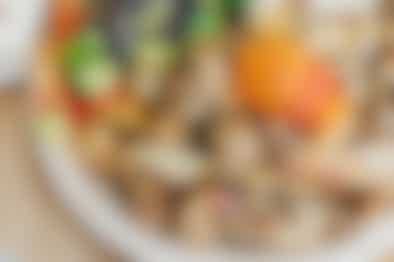 Six of our favorite shawarma spots in LA, all available for takeout and delivery.
Restaurant Finder