Our Three Favorite Spots For: Everything (During Quarantine)

From cured meats to omakase feasts, there are lots of delivery options during quarantine - these are our go-to spots for (very) specific situations.

In the beforetimes, when Corona was just a beer, we launched a recurring feature called Our Three Favorite Spots For: Everything, where we wrote about the very best spots for very specific dishes - from gluten-free pastas to big ol’ chicken parms, and everything in between.

Well, things have changed a bit since then, but even during quarantine, we still get cravings. Luckily, most of our favorite dishes can now be delivered right to our doorsteps. And as restaurants shift to takeout, we’ve discovered even more meals to obsess over. So here’s a brand-new, shelter-in-place version of our Three Spots guide. We’ll be updating it regularly, so check back often. (And let’s be honest; it’s not like there’s much else going on).

THREE SPOTS FOR: TACO TUESDAY (SINCE EVERY DAY IS TUESDAY NOW)

Listen: LA Editor James Montgomery has come unstuck in time. If you got that reference, yes, he’s spent quarantine re-reading Slaughterhouse-Five. (Also, how’s that English degree working out for you?) If you didn’t, you can at least understand the sentiment: Every day is the same. So you might as well lean into the monotony - and discover some of LA’s overlooked gems - by making every day Taco Tuesday.

Quite possibly my favorite taco spot in all of LA, this deli and market in Boyle Heights is known for their carnitas (for good reason), but my favorite things here are the crispy, crackly chicharron tacos. Though, to be honest, their thick, chewy tortillas are the perfect vessel for just about anything. 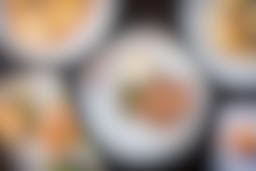 An Infatuation reader (Hi, Mallory!) let us know that this fantastic Southern spot has turned to tacos during COVID, opening a side hustle called Tacos Negros. And I’m glad she did - their turkey tacos (smoky, spicy, and served in a deep-fried shell) are fantastic. Don’t worry, you can still order their stupendous shrimp and grits, too. 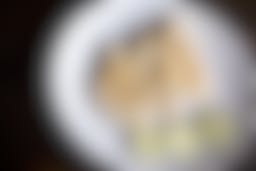 Yeah, it made our Best Tacos In LA list last year, but IMHO, there may not be a more underappreciated taco in town than the marlin taco at Coni’Seafood. Stuffed with smoked marlin spread and cheese, it’s simple, savory, satisfying, and certainly not the kind of thing you’d see on your Instagram feed - but what good taco is?

Since quarantine started, Staff Writer Brett Keating has been unabashedly riding the sourdough train, and now that he’s perfected his loaves (or so he says), he’s been eating a lot of sandwiches. Here are his favorite places to pick up cured meats to put inside of them. 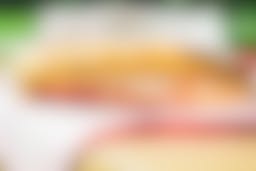 Roma Deli in Pasadena serves my favorite sandwich in LA. It’s an Italian cold cut sub on crispy bread, it only costs $5.50, and it’s perfect. But they’ve also got the city’s best Italian cured meats, from prosciutto di Parma and capicola to mortadella, salumi, and bresaola. I always pick up some Calabrian chili and fresh bread, too, to make an extremely professional-looking (amateur) cheese board. 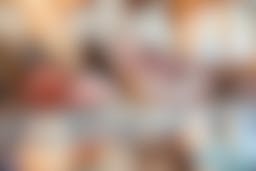 Gwen in Hollywood makes all their charcuterie in-house, resulting in some excellent (and occasionally surprising) cuts, like cold-smoked duck speck, coppa secca cured with garlic and chilies, and incredible duck and pork ’nduja.

This Armenian market in East Hollywood is my go-to when I’m making basturma sandwiches. Their basturma - salty cured beef - is sliced so thin it literally melts in your mouth, and goes great in a sandwich with some pickles and tomatoes.

THREE SPOTS FOR: WHEN YOU MISSED OUT ON THE N/NAKA KAISEKI BOX (AGAIN)

There are two types of people in this world: Those who have tried the n/naka to-go box, and those who haven’t. Editorial Assistant Kat Hong is, unfortunately, the latter. Here’s where she orders from when she (inevitably) fails to snag one the prized bentos. 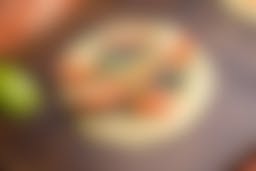 If Tock refuses to let you ball out at n/naka, then it’s time to console yourself with some of the best Mexican seafood in the city. Holbox’s new at-home taco kits come with three different kinds of tacos - Baja-style fish, octopus, and scallops - as well as their excellent mixed ceviche, black beans, rice, and pico de gallo. Sure it’s “meant for two people,” but just like my continued, naive optimism, that really means nothing. 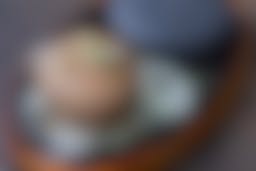 Why the hell are there such a limited number of sets available? Can’t they just... Anyway, if it’s incredible Japanese food you’re after, I can’t recommend this little spot in Ktown enough, specifically their chicken katsu curry plate, which comes with an Olympic pool-sized container of thick, gravy-like sauce. 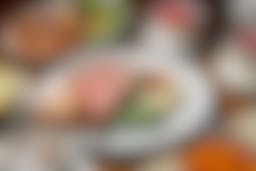 As restaurants started to pivot to takeout-only a few months ago, Editorial Lead Brant Cox figured he’d have to put his love for sushi omakase on hold for a while. He was wrong. Some of LA’s best sushi bars have reopened for takeout - many for the first time ever - and are offering their iconic omakase at prices that won’t completely terrify you. 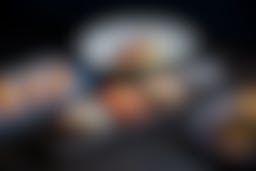 Over the weekend, I picked up Sushi Note’s Half Note omakase - one of my favorites in town - and it was almost as good as eating there. Eight pieces of premium sushi (including their legendary gravlax), two appetizers, and a roll for only $45. I’ll be back this weekend.

The fact that Sushi Park is doing takeout at all is monumental. The fact they’re doing a ten-piece omakase for only $65 is borderline insane. I was worried it might not be that much food, but I was quickly proven wrong. The sushi is huge, the variety is immense, and I was extremely sad when it was over. 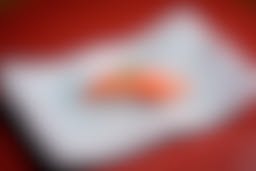 I’m quarantining fairly close to Matsumoto, so it’s become a biweekly pit stop for me. There are several different omakase options on the menu, ranging from $55-150, so whatever you (and your wallet) are in the mood for tonight, they’ll have you covered. 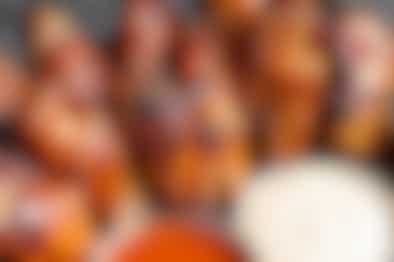