December 10, 2020
The Worst Places We Ate This Year
Relax, we’re not talking about restaurants. They’ve been through enough this year.

In 2020, anything could be a restaurant.

In some cases, that was a good thing - just check out our guides to The Year’s Best Pop-Ups and The Best Things We Ate In 2020 for proof. But more often than not, it wasn’t; especially when the restaurant was our car or couch, or when the only patio we could spread out on was a parking lot (or our bed). So while we look forward to a future when we can once again return to actual restaurants, we also wanted to reflect on the past 12 months of awkward dining. Here’s a look back at the absolute worst places we ate at in 2020.

Dodger Stadium - “In what reads like a bad round of 2020 Mad Libs, in July, I ate a friend’s homemade loaf of sourdough bread while waiting in my car for two hours to get a COVID-19 test at Dodger Stadium. I was fine, the bread was not.” - Brant Cox

The Target at Western and Sunset - “Look, I was in a Target, I hadn’t eaten anything all day, and I also sort of hate myself. Curiosity got the best of me, and I bought this Cheetos Flamin’ Hot Roll. No regrets. Just kidding, lots of regrets.” - Brett Keating

My Couch - “Specifically, the time I got super-high and ordered so much food from Tokyo Hamburg that they gave me four place-settings. In their defense, it was a lot of food. In mine? Uh, did I mention I was super-high?” - Kat Hong

The Parking Lot of the Trader Joe’s on Sepulveda and Palms - “This has less to do with the parking lot itself - it is a nightmare, but Palms Ramen Yumeya is located there, and it’s pretty good - and everything to do with the events that transpired there. I was doing research for our Best New Burgers In LA guide, and was attempting to eat two different Tripp Burgers simultaneously. Big mistake. Not only did the dashboard of my car end up resembling something from Jackson Pollock’s mustard-and-ketchup phase, but my dog got carsick on the way home and puked all over the backseat. To be fair, all of this was my fault - like Hamburger Icarus, my hubris got the best of me.” - James Montgomery 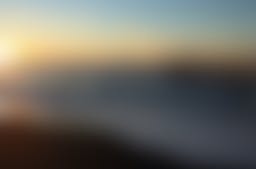 Any Random Pier - “On several occasions this year, I would awaken to find myself standing on darkened pier, staring out at the gaping maw of the Pacific, half-eaten container of hummus in my hand. I had no idea how I got there, or even where I bought the hummus. You might think it was a low point, but you have no idea.” - BC

In-N-Out Hollywood - “There are a lot of valid reasons to dislike the world’s most crowded In-N-Out, but I found a new one in July, when I was merging into the drive-thru lane. After waiting in an entire block’s worth of traffic to get in, a man in a black BMW SUV cut me off, rolled down his window, and told me he was going to ‘f*cking rip my throat open’ if I didn’t let him in. So I did. Please note that my Double-Double, Animal- and Protein-style tasted just as good with a side of death threat.” - BK

My Bed - “I ate plenty of questionable meals in my bed, but the most questionable by far was the time I ate sushi that had been sitting out for, like, an entire day, but somehow didn’t get food poisoning. In my defense, this was in mid-April, a.k.a. peak early pandemic times.” - KH 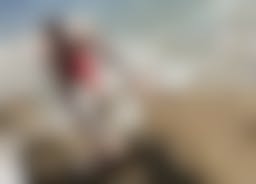 El Pescador State Beach - “After my catamaran crashed into the rocky shoreline, I was stranded on El Pescador for six weeks, and forced to forage for food amongst the outcroppings and shallow tide pools. Thankfully, I was eventually rescued by some influencers who had wandered down to the beach for a photoshoot. Pro: I got really good at grabbing crabs with my bare hands. Con: I got scurvy.” - JM

The Infatuation LA Office (Back When We Had One) - “There is a time and place for Sweetgreen, and, as I learned earlier this year, that time is lunch, and that place is the Infatuation LA office. Shortly before the pandemic hit, I got an email from Sweetgreen informing me that I had reached Black status. For the uninitiated, that meant I had spent $[number redacted] there in a year, and they were literally offering to throw me a party at a Sweetgreen of my choice. Needless to say, that made me rethink a lot of the choices I had made in 2020, all while sitting at my tiny desk, watching Brant eat hummus in the dark.” - BK

My Bedroom - “Right before the pandemic, I thought it would be a ‘good idea’ to leave a heavy-duty, five-gallon beverage cooler in my bedroom. I was living with several roommates at the time, so rather than trekking my ass to the kitchen every time I needed water, I brought the water straight to me. And for a few weeks, it was heaven. I felt like a MENSA-level genius or Anya Taylor-Joy in The Queen’s Gambit. But of course, all good things must come to an end, and in this case, that ‘end’ included half of my wardrobe getting soaked, being super-late to work, and me eating a big, heaping slice of humble pie. 0/10, would not recommend.” - KH

The Ikea in Carson - “The Swedish meatballs were fine. The months of simmering tensions between my girlfriend and I that finally erupted as we discussed Kallax bookshelves were not.” - JM 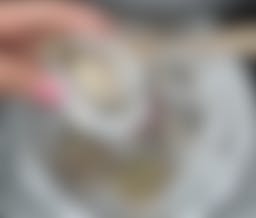 My Car - “If there was an MVP for pandemic-era dining, it would be my sweet Toyota Corolla, 100%, all the way. I’m financing it now, so it’s no longer leased (thanks for asking). Still, that didn’t make the time I ate a dozen oysters while pulled over onto the shoulder of the PCH any less grim. At least I didn’t spill any oyster juice on the upholstery.” - KH

My Aunt Judy’s House - “Four words: Scrambled eggs and ketchup. Don’t worry, I gave her a bad Yelp review.” - BC

Mama Lisa Restaurant - “I never actually ate here (I’m not even sure where it’s located), but Rudy Giuliani likes it, so I went ahead and put it on this list anyway.” - JM