Looking to shine a light on LA’s women-owned restaurants, and encourage support for an industry badly in need of a pick-me-up, a group of local restaurateurs and chefs have banded together to launch the Regarding Her (or RE:Her) festival, set to kick off on 1/21 - not coincidentally, the four-year anniversary of The Women’s March.

Running until 1/30, the event is being organized and hosted by a new group (also called RE:Her) that is promoting the work of women in LA restaurants. According to their website, the goal of the ten-day festival is “to illuminate, celebrate, and uplift the sisterhood of restaurateurs in LA,” and they’ve got a diverse slate of more than 100 restaurants signed on to participate.

RE:Her’s nine founding members include restaurant owners Kim Prince of Hotville Chicken, Lien Ta of All Day Baby, Dina Samson of Rossoblu, Heather Sperling of Botanica, and Bricia Lopez of Guelaguetza, among others. 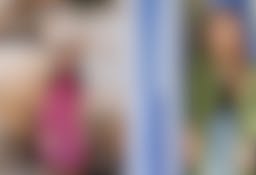 A full schedule of events will be announced in the coming days, but highlights include collaborations between women-owned spots across town, like:

RE:Her is also developing a cash grant program, for which any women-owned brick-and-mortar restaurant in LA will be eligible to apply. The idea was born during a Zoom meeting of Let’s Talk, a national group of more than 250 female industry professionals. For more information, or to sign up for news updates about the festival, head to RE:Her’s website.