When LA’s shelter-in-place order went into effect in March, Bulgogi Hut was ready. Determined to tackle the challenge head-on, the Koreatown restaurant spent thousands on plexiglass partitions, face shields and masks, sanitizing stations, touchless sinks, toilets, and more, all to keep up with the city’s strict COVID-19 health regulations.

“It’s hard to say how much we spent in total,” said Michelle Kang, the general manager of Bulgogi Hut. “But we have 20 servers on staff, and one face shield costs $5. I bought a touchless thermometer that scans your body, and that cost $1,200. So with just those one or two things, our costs are already up.”

Still, Kang was determined to keep her doors open, and her staff on the payroll.

“We still needed to provide work for the people who trusted us,” she said. “Even though we were losing money just by being open, we didn’t want to let them down.”

But as the months wore on, between fluctuating meat costs, a lack of support from state and local government, and rising COVID cases, by the time dining rooms were ordered to close on July 1st, Kang knew her family’s restaurant was going to have to adapt yet again - and fast.

So Bulgogi Hut was closed, and Chicken Hut was born. (“It was my mom’s idea,” Kang laughed.) Complete with partitions, a sea of tents, and string lights (for ambience, of course), it’s a new outdoor pop-up that features much of Bulgogi Hut’s original menu - brisket, pork belly, and bulgogi - plus new items like bento boxes and to-go KBBQ kits, and an entirely new dish: Korean fried chicken, available in sweet chili, soy garlic, and original flavors. 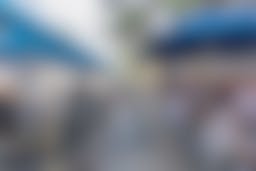 In addition to giving Kang’s family their best shot at survival, Chicken Hut has also provided a new way for her to connect with the community. After a Facebook post of hers bemoaning the restaurant’s struggles went viral, Kang noticed a distinct increase in business. “The response has been amazing,” she said. “We were doing maybe $200 in sales a day, and now I feel like every day I have at least one customer that says, ‘I saw your post and I just wanted to come support.’ And that’s been really nice.”

But the fight is far from over, especially as more and more Koreatown restaurants continue to shut down. In the last two weeks alone, Jun Won Restaurant, Dong Il Jang, and Here’s Looking At You have all closed their doors, citing higher operating costs and lower foot traffic. Many of these smaller, immigrant-owned businesses never had the means to create social media presences, and Kang worries that that might mark the difference between life or death.

“Most of these restaurants don’t have a young daughter to do all of this stuff for them,” she said. “But if you don’t automatically update your Google listing, or your Yelp listing, or sign up for all of these delivery apps and get really creative, you won’t survive.”

Chicken Hut is available for takeout, delivery, and offers limited outdoor dining. For a full list of Koreatown’s takeout and delivery options, check out our guide. 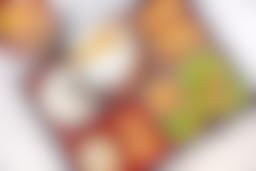 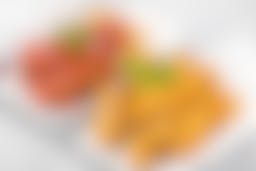 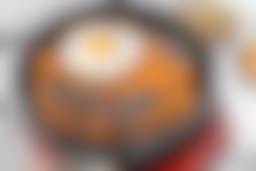 25 Great Restaurants That Still Have Reservations This Weekend
Need a last-minute reservation this weekend? We can help with that.

The Best Breakfast Sandwiches In LA
14 great sandwiches to start your day in LA.