Jakob Layman
August 3, 2020
Goodbye To Bäco Mercat, The Restaurant That Hooked Me On Restaurants
After nearly a decade, this neighborhood-changing DTLA restaurant is closing.

One night in the winter of 2011, at the end of the USC semester, my fellow college kids were using their fake IDs to get into the one bar near campus. Four miles away, which might as well have been 40, I was using mine to order a cocktail involving something called a “shrub” at the just-opened Bäco Mercat in Downtown LA.

That’s the first memory that came to mind when I heard the news over the weekend that this neighborhood-changing restaurant is closing.

Back in 2011, before I fully understood that Restaurant Openings were something people paid attention to, that’s exactly what I had done with Bäco Mercat. Downtown LA is basically USC’s backyard, but at the time, it felt worlds away - a grown-up neighborhood where people went to dinners at white-tablecloth places before seeing a show, or to Katsuya before a game at Staples Center, or to drink at hip cocktail bars like Seven Grand, or simply to work in one of the very tall office buildings. Bäco Mercat, however, seemed like it was going to be different than everything else Downtown. It didn’t look too fancy (like Drago Centro), nor did it seem flashy (like Bottega Louie). It looked casual, and it looked cool. It looked like somewhere I wanted to hang out.

What I remember most about Bäco Mercat isn’t the food - although I was floored by dishes like the signature bäco, a worldview-altering mashup of a taco, a sandwich, and a pizza. What blew me away most was how the restaurant felt, and how it made me feel: like I didn’t want to be anywhere else. 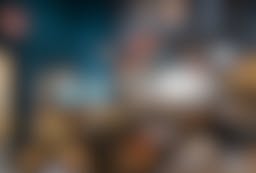 It was the perfect-sized space, big enough that it didn’t feel cramped, but small enough that the energy from diners and servers and bartenders seemed to bounce off the walls. After one visit, I was addicted to the buzz you only get from being in a room full of people this excited about a restaurant. I’ve been chasing that feeling ever since.

Now, nearly a decade later, much of what made Bäco Mercat feel so new is inescapable (or was, before the pandemic): cross-cultural small plates, neon signage and exposed lightbulbs, cocktails on draft. But even once the trends it helped start became ubiquitous, Bäco Mercat remained unique - a casual place where you could experience flavors inspired by Spain, Italy, France, and China, all under one, high-ceilinged roof, without having to spend too much money. That combination of factors made it a restaurant I continued to choose over any college party. Even then, I knew that this was one of the best nights out in LA.

What I couldn’t have known then is the extent to which Bäco Mercat would impact its neighborhood. In the decade following Bäco’s opening, chef and owner Josef Centeno went on to open an additional four DTLA spots, and more and more restaurants joined its ranks. USC kids are now just a few minutes away from one of LA’s best dining destinations, and they have this restaurant to thank, at least in big part, for that.

Bäco Mercat ushered in a new era of dining Downtown, and as such, dining in Los Angeles. Let’s hope - really hope - its closure is not a sign of what’s to come for the many great restaurants that followed in its footsteps.