If you like dark roast and the dark arts, Mystyx Kafe is the place for you.

The East LA coffee stand is the brainchild of 28-year-old Julian Filth - real name: Julian Anguiano - a former Starbucks barista/musician/self-proclaimed “Cafetero Satánico” who decided to combine his love of all things spooky (horror films, the goth subculture, Black Metal, WWE’s The Undertaker) with his expertise behind an espresso machine and strike out on his own.

The end result was Mystyx, which, since opening this summer, has become a cult hit, with Filth and his girlfriend churning out a menu full of delicious (and decidedly) evil hot and cold beverages, including Midnight Macchiatos, Nocturnal Lattes, and White Magic Whore-chatas (“Shaken with sin!”). And with Halloween right around the corner, there’s no better time to introduce you to the dark side, too. So we caught up with Filth over email - the spookiest of all mediums (also, he was pretty busy) - to talk about his clandestine coffee activities, his inspirations, and his plans for world domination.

Infatuation LA: So, can you tell us a bit about background as a barista?

Julian Filth: “I’ve been in the business for seven years. I worked at a couple coffee shops - like Kreation, Tierra Mia, and Starbucks - and I got obsessed with not only coffee, but mixed drinks, smoothies, and juices. I was crafting all types of drinks, using all types of coffee methods - French press, espresso, pour-overs, Chemex, drip, cold brew, juices, and smoothies.”

Infatuation LA: When did you first think “I could do this on my own?“

Filth: “I started noticing ... people [wanted] me to make their drinks. It happened at every coffee place I worked at, and I realized I had something going. I picked up a couple of recipes throughout my time working for those coffee shops, [and] I started to create my own drinks using their machines. I didn’t go to school, but I sure did study the ins and outs of a coffee shop, so I decided to do my place in East LA with a gothic aesthetic.” 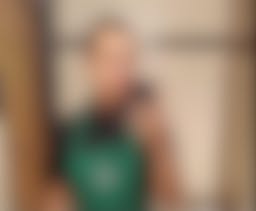 Infatuation LA: Have you always been a fan of that aesthetic?

Filth: “Growing up in East LA, I went to two different high schools - Garfield and Roosevelt High. Along the way, I picked up a sub-genre of metal called Black Metal, I had a couple of goth friends that were older than me, but there were lots more crust punks and Thrash Metal heads than there were what you [would] call ‘Black Metal kids’ or ‘gothic’ or whatever. Cradle of Filth happen to be my favorite Black Metal band, [but] that doesn’t mean I don’t like the occult Black Metal or Scandinavian Black Metal, too. I like Burzum, Satyricon, Impaled Nazarene, Beherit, Moonblood, Vargsang, Craft, Mütiilation, etc. [But] I’ve been listening to a lot of goth rock music over the past five years.”

Infatuation LA: We also couldn’t help but notice this picture on your Instagram...

Filth: “As a kid, I loved wrestling because of my dad. Bret Hart and HBK, then Stone Cold, then the Rock, John Cena, Brock Lesnar. Basically from the birth of the ‘Attitude Era’ up to the ‘Ruthless Aggression’ era. But then CM punk brought me back in. All those wrestlers make me do what I do best - and that’s coffee. When I first told my grandma about the business, she said ‘You’ve always been a luchador!’ And that minute something sparked up.” 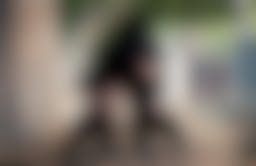 Infatuation LA: What are your long-term goals for Mystyx Kafe?

Filth: “When I was in high school, I was never home - I was always out and about, riding on the Metro with my friends; no one had a car, but that didn’t stop us from going to all these far away concerts. I’m still never home; I’m always taking care of the business. Right now I’m young, and I have do that. When I am more established, I will conquer the world.”