Alicia Cho
March 9, 2021
The Chefs Behind N/Naka Are Opening A New Restaurant
Here’s everything you need to know.

The rumors are true: the chefs behind N/Naka are opening a new restaurant. But if you’re anything like us, you’re sure to have a lot of questions. How do pick-ups work? Where can I find the menu? Will it be kaiseki-style, like their other restaurant? Do I have any hope of securing one? And what’s up with this Shark Tank clip of a “kid getting destroyed?”

Worry not, dear reader. It’s time for us to answer all of your questions (and more) about N/Naka’s new restaurant, N/Soto. 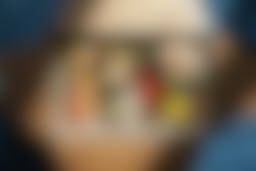 First off, what even is N/Naka?

Thanks to the TV overlords at Netflix and a little show called Chef’s Table, N/Naka catapulted into the stratosphere in 2015 and stayed there, quickly becoming one of the city’s most sought-after restaurants. Reservations were impossible to get, chef Niki Nakayama and her wife, Carol Iida-Nakayama, received two Michelin stars, and they offered only one dinner option: a modern take on the traditional Japanese kaiseki, an elaborate, multi-course meal where dishes are served in a specific, mandatory order. It was dinner as theater, sweet, delicious theater, and one of the most refined dining experiences in LA.

Completely different. First of all, it’s in a different location. Rather than Palms, their new spot is in West Adams, at 4566 W Washington Blvd. Second, instead of that aforementioned elaborate kaiseki meal, they’ll be focusing on ebiken bentos - simple, to-go style meals that pull inspiration from various cuisines and benefit local organizations, like The Little Tokyo Community Council and the Japanese American National Museum, with the hope of opening for in-person dining further down the road. Running $65 and filled with dishes like smoked chicken yakitori, grilled corn, shrimp and avocado inari, spam musubis, and a tamago toji miso soup, it’ll still be an extravagant experience, but at a fourth of the cost of N/Naka’s kaiseki. 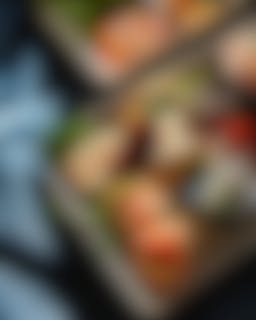 Reservations to pick-up N/Soto ebiken bentos will go live on Tock every Friday at 12pm. Orders will be placed for the following week’s pick-ups available from Wednesday to Saturday between 4 and 7pm.

Is this going to be like that kaiseki bento thing they did over the summer? Low supply, high demand, and harder to get than a ticket to the Neon Carnival Coachella afterparty?

Judging by their first round of orders on March 5th, yes. The bentos sold out almost immediately, and L.A. Times reports that only 100-150 will be made per day. We recommend setting an alarm (or three).

And finally - what's up with that Shark Tank video?

So glad you asked. At first glance, it seems a very real, very mean clip of the sharks absolutely going to town, roasting a kid for his horrible sales pitch. One memorable quote is Mark Cuban yelling, “He’s an idiot! He’s a con artist!” at a literal six-year-old child. Which, you know. Looks bad. But if you cross-reference that video with this clip, “Girl gets DESTROYED on Shark Tank,” you’ll realize that many of the reactions from the sharks are replicated (and actually sourced from a separate episode altogether), meaning that it’s nothing but a well-edited internet joke. Phew, solved it. 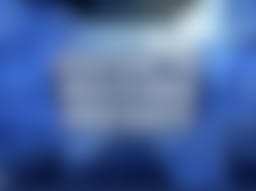 Graphic design is our passion 0:-)