July 14, 2020
El Coyote Reopens For The First Time Since March
The classic Mexican restaurant on Beverly Blvd. has re-opened for takeout only.

At this point in the pandemic, nearly every major LA restaurant has come back on-line in some capacity, whether it’s for takeout, as a neighborhood grocer, or with the debut of a giant astroturfed patio in the parking lot. El Coyote felt like the sole exception. Since the original stay-at-home orders were announced in mid-March, the iconic Mexican restaurant on Beverly Blvd. has been completely dark, without any trace of life besides the occasional Instagram post saying how much they missed everyone.

El Coyote, we missed you too. And we’re so glad you’re back. 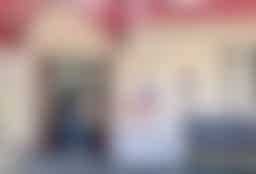 As of Monday (July 13), El Coyote has officially reopened for takeout. Operating daily from 12-8pm, you can place your order either by calling them directly at (323) 939-2255 or in-person at the restaurant (they have a table set up at the front door and benches you can sit on while you wait). The menu itself is slightly pared down, but you can still find many of the old favorites like fajitas, the carnitas plate, and street tacos, as well as a brand new “Fiesta Pack” that come with eight mix-and-match tacos, enchiladas, and a quart of rice and beans for $60.

But if you’re still reading this, you’re no doubt wondering about one thing - the margaritas. Don’t worry, they’re on the menu, too. Available either in a 16 oz. container for $18 or a half-gallon for $68, summer just got a lot more fun now that some of LA’s best margaritas are finally back in action. See you there.