Jakob Layman
September 16, 2020
Calabama: How A Sandwich In A Bucket Became The Must-See Show Of The Pandemic
Come for the bucket drop, stay for the tremendous breakfast sandwich.

Like many LA transplants, Cara Haltiwanger spent her first years here trying to figure out where she fit in. She worked as a hairstylist, picked up bartending shifts, and spent time as a line cook at several different restaurants around town. But it wasn’t until she landed a job in 2009 at Bar Lubitsch in West Hollywood that things really began to take shape.

“Lubitsch has this great back patio where people smoke and drink, and though I was working full-time as a bartender, I asked if I could get one night a week out there,” she explains. “They agreed. So I bought a grill and started cooking for people right there on the patio.”

And that’s where the story of Calabama begins. At the time, the menu was heavily influenced by her Southern upbringing (Haltiwanger was born and raised in southern Alabama) and included everything from pulled pork sliders to grilled corn on the cob.

“I was honestly just seeing what worked and what didn’t, building up my test kitchen, and figuring out how I could transfer my business from nighttime to daytime,” she says. “I really wanted to cook at coffee shops.” 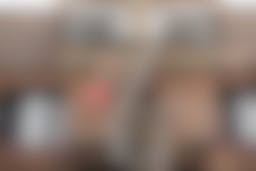 So, that’s exactly what she did. Over the next several years, Calabama began popping up at coffee bars all over town (most notably at Dayglow Coffee in Weho) and the namesake breakfast sandwich was born. Packed with bacon, eggs, cheese, onions, avocado, and cooked on a cast-iron grill, it’s essentially a breakfast grilled cheese, and it’s exactly the kind of incredible sandwich you set an early alarm for. Haltiwanger also began bottling and selling her own hot sauce - meant to be an accompaniment for both the sandwich and everything else in your kitchen - and before long, her tight, two-item pop-up was garnering long lines and a fervent local following.

But like everything else in the world, that momentum came to a halt in March. Suddenly faced with a government-mandated quarantine and non-existent crowds, Haltiwanger was forced to move her setup to the only place she could - her apartment.

“I live in this old, New York-style apartment complex in East Hollywood with these awesome fire escapes, and I knew I had to utilize them,” she explains. “I remember asking my brother if a bucket-and-pulley delivery system was the dumbest idea ever and he said, ‘There’s only one way to find out.’”

Turns out, they didn’t have to wait long to get their answer. 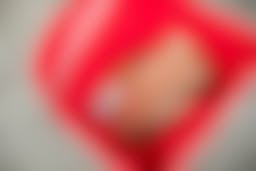 Aided by local news coverage and even an appearance on Jimmy Kimmel Live, Calabama exploded in popularity, and by early summer, people were driving from all over town to experience the four-story bucket drop and the ridiculously delicious breakfast sandwich that went with it. Recently, guests have even started putting gifts of gratitude back into the bucket for Cara and her brother, who helps run the Sunday-only operation with her.

“It’s really taken on a life of its own,” Haltiwanger laughs. “We’ve gotten bottles of wine, chocolate, fresh baked bread, liquor - even ‘thank you’ notes from little kids.

“I have no idea [why], but I’ll say this - the experience I’m providing is unique, not just to my customers, but for me, too,” she continues. “It’s become my lifeline, and I know this is truly what I’m supposed to be doing right now in my life. If I’m making someone’s day better by doing some silly-ass sh*t with a bucket, and providing them with a good meal, I’m really happy about that.”

We’re really happy about it, too.

All orders for Calabama are made via their Instagram. Pick-ups occur on Sundays only and time slots are made available midweek. A portion of all proceeds go to charities supporting Black Lives Matter. 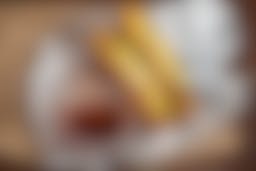