September 17, 2020
6 Chefs On The Legacy Of Beverly Soon Tofu
The iconic Ktown restaurant is closing after more than 30 years. We asked some of its biggest fans to share their memories.

When Monica Lee opened Beverly Soon Tofu in 1986, it was the first Los Angeles restaurant specializing in soondubu jjigae, or soft tofu stew. Over the years, the Koreatown spot became a beloved institution, and a go-to for many LA chefs, enjoying a reputation as the best soondubu restaurant the city has ever had. Even after Kogi chef Roy Choi brought Anthony Bourdain here to joyfully slurp soondubu for an episode of Parts Unknown, Beverly Soon Tofu remained a place with no pretense, a restaurant where most customers had no idea who owned the place or who was in the kitchen.

Unfortunately, like many restaurants, Beverly Soon Tofu has been unable to cope with pressures and losses from the pandemic, and will close for good on September 20th. To honor its legacy, we asked some prominent chefs to share their memories, and offer their thoughts on the closure - and what it means for the future of LA dining.

To read even more, check out Zagat Stories. 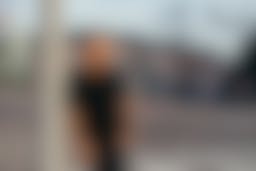 “[Beverly Soon Tofu] kept me in one piece in my early 20s, through horrible hangovers while having ‘breakfast’ at 3pm, through date nights where it felt fancy to eat there on a champagne-dreams but beer-budget type-of-life sh*t, and through breakups where their cauldrons soldered the cracks in my heart. The news of [their] closure has finally broken our collective hearts into pieces. From the top of Ktown on Beverly to the bottom base on Olympic, [they’ve] been a foundation. I always tell anyone I know that [their] cold soft tofu starter that’s served to every diner is better than any amuse-bouche around the world. The quintessential way to start a meal that will live in infinite memory. Good night, Beverly Soon Tofu, you shaped generations here in Los Angeles. Peace and love to you. What a run!” 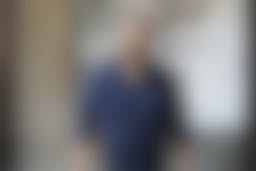 “It was one of the first restaurants I ever ate at in LA. I was on a trip with my dad for a week in 1990 or 1991. That’s where his friends told him to go. I was like, ‘There’s a restaurant that only serves soondubu jjigae? That’s crazy.’

It’s the first of its kind. I ate there with Jonathan Gold a handful of times. It was just one of those things that was like a must. If you were going to eat through Ktown, you had to go to that restaurant. It’s eating your grandma’s food. That’s the vibe. A lot of restaurants, like the bossam place Kobawoo, have that kind of vibe. That’s like home cooking. Most people think that Korean restaurants are just Korean barbecue, but there are restaurants that serve food that you eat at home or your aunt or grandma’s house. That’s what Beverly Soon Tofu is.

There are so many restaurants like that. That’s the scariest part. To me, this is gonna be the new norm, unfortunately. I don’t know what other restaurants we’re going to lose. But it certainly seems that we’re going to continue to lose some iconic places, and specifically in Ktown. We’ve got to ask ourselves which restaurants are places we can’t take for granted. It’s just f*cking depressing. It’s the restaurants with the most cultural currency that you need to save, first and foremost.” 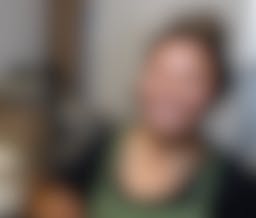 “I loved it because it felt comfortable. It felt like you were going to a friend’s house. I would take friends, and we would go for any reason, whether it was to celebrate or if someone broke up with somebody. It was just solid and honest.

My best friend was leaving LA, and we had gone to that spot after seeing the Bourdain episode. It also became one of her favorite spots in town. Before she left, that was one of the places we hit before she moved. It was bittersweet. We had gone there for the first time together. And it was also the last meal we had together.

It was one of those places you kind of felt like would be around forever. I kept going back because there was no pretense. It was no fuss. ‘Here’s some really good food, eat and be on your way.’ It wasn’t a place you went to be seen or anything like that. It’s just a shock now. It’s like losing a family member.” 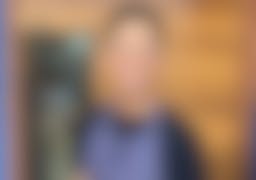 “When I was going to ArtCenter in my undergraduate days, 2004 to 2008-ish, Beverly Soon Tofu is where we would go. [It] was one of the spots where it’s like, the term was ending or it had ended, and we did a bunch of all-nighters, and finally, we can go out and eat. I just bonded with so many friends there.

Yesterday, I was eating the food in my car with Dan Rabilwongse, the chef from Tartine Sycamore. He was like, ‘Man, I can’t believe I haven’t been here.’ I was also there with Eugenio Gasca, who’s one of my taqueros on the line for Anajak’s Thai taco Tuesdays, and his girlfriend Marissa Shepherd from La Colombe. So all food people. Eugenio, he hasn’t had LA Korean food at all. He’s been in the country for a year. He was cooking at Otium. He never got to have the real-deal LA Korean food scene. I’m like, ‘This is it. This is the one, dude!’

All those women that are working there, they’re like all the aunties. You know that’s family. Obviously, I have a soft spot because Anajak is a family business. But even without that soft spot, I would love it.” 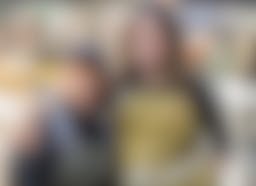 Andrew: “We first saw it when Bourdain did that episode with Roy Choi. That’s when I was working Downtown. One of my really good friends also worked nearby, and when that episode came out, Michelle wanted to try a lot of those places in Koreatown. My friend’s wife also wanted to try them. But me and my friend went to all of these places without them on our lunch break, and this is the one we would go to like every week. Sometimes, we could go two times in a week and just have their tofu stew with the squid on the side.

And then finally, Michelle was like, ‘I want to try that place.’ I was like, ‘Oh yeah, it’s really good.’ She’s like, ‘What do you mean?’

Michelle: “Eventually, he took me, and I was blown away. I mean, from the beginning when you walk in, it’s so nice, cozy, and personal. And when you sit down, they come and bring you all this delicious banchan, which is my favorite in all of LA. We tried the short rib, the squid, the bibimbap, the tofu stew with everything. It was all so special and so flavorful. It kind of made me feel like if I was Korean, this is what my Korean mother or grandmother would make for me.

It was so special to me that I took my grandmother there when she was visiting LA. My grandmother doesn’t really explore. She comes from a really small town in Mexico. She just eats her food, and that’s it.

I said, ‘Come on, Grandma, I’m going to take you to try something different.’ I’ll never forget the expression on her face. She absolutely loved it. To this day, she still talks about Beverly Soon.”