You could nurse a glass of lime and soda in any London pub. But when you’re off the booze, these are the places to go for a really great drink.

Londoners love to drink. Whether it’s for a date, to celebrate a promotion, or to mark your cat’s half-birthday, we can always find a reason for a pint, cocktail, or glass (okay, bottle) of wine. But that means that London can be a tricky place to navigate if you’re looking for a teetotal beverage. Sometimes it feels like you either have to commit to awkwardly sipping water in the corner, or else get used to shelling out a tenner for some Ribena in a martini glass. That’s why we’ve made this guide. So that whether you’re the designated driver, legitimately growing a human being, or just not in the mood for yet more gin, you can still enjoy a decent drink. 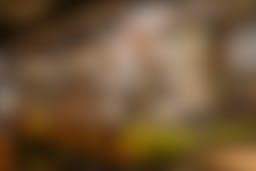 You’re growing a human being. You’re building the next generation. You’re expanding the great, wide universe. You’ve also had heartburn for a fortnight, can no longer see your own feet, and you’ve started having dreams where a bottle of Jack Daniel’s takes you ballroom dancing. The Jones Family Project is where you want to be. Not because there’s ‘family’ in the name and that’s your life now, but because they’ve got some genuinely tasty virgin cocktails on offer, as well as an atmosphere that has a bit of a buzz without the risk of a gaggle of smashed people stroking your belly.

The first thing you should know about the booze-free drinks at Scarfes Bar in The Rosewood Hotel is that they are all inspired by teetotal cultural icons. Case in point, The Silver Spoon. It’s dedicated to Prince George, who is still, by our estimations, underage. Or there’s The Doctor, which is in honour of Doctor Who, because apparently time travellers also need to pass a breathalyser. Plus, this place is basically a fun gentleman’s club that lets anyone in. Even us. There’s a live swing band every day, naughty cartoons on the walls, and you definitely won’t resent being sober here if you happen to be everyone’s lift for the night.

Sure, every two weeks you swear off booze, cigarettes, casual sex, carbohydrates, and any form of social media. But this time you mean it. Probably. Either way, prior to inevitably finding yourself with a fag hanging out you mouth and a biblical hangover come Friday - head for Mildreds. This casual all-vegetarian, mostly-vegan restaurant in Soho has a no-groni, appletini, and our personal favourite, passion colada, on their drinks list. From morning to night, this place is pretty much always busy, but as a backup they have equally upbeat spots in Camden and King’s Cross. Plus, their vegetarian and vegan dishes are genuinely excellent.

Mezcal is all fun and games until you’re leaving your partner voice memos comparing your love to Bonnie and Clyde’s whilst slurring, “I steal kebab for you babe, any kebab”. Good times. Anyway, Decimo is a big, Mexican-influenced party restaurant on the tenth floor of The Standard in King’s Cross, that is effectively a shining, red enabler for exactly this kind of debauchery. But it turns out their selection of alcohol-free drinks at the beginning of their cocktail menu are just as good as their margaritas. Everything here is on the ‘how much?’ side of pricey, but it’s worth it for the skyline views, don’t-you-know-who-I-am feel, and exceptional people-watching potential.

Our definition of ‘training’ is pretty loose. If we take three flights of stairs after a pint, we basically feel like the very proud, very athletic lovechild of Paula Radcliffe and Forrest Gump. But, if you’re in training for a real marathon, Andina should probably be on your radar. This Peruvian spot serves up excellent food like grilled octopus, Andean hummus, and chilli-pressed melon salad, but there’s also three cocktails that pack a serious punch despite being alcohol free. There might not be any pisco involved, but there’s enough yuzu, ginger, lemon cordial, and non-alcoholic absinthe to ensure there’s plenty of flavour.

One minute you’re ‘just having one’ on a Sunday night, the next you’re rocking up to work on Monday morning missing a shoe. No thank you vodka, we’ve learnt our lesson. The Nightjar in Shoreditch is a slick speakeasy that’s got creative virgin cocktails, as well as an alcohol free beer. You can also order the ‘bartenders choice’ - where the staff will mix up any selection of non-alcoholic ingredients to your taste for six quid. And in case you still want to get a bit of a buzz on without feeling like a hot mess come 8am, there are low-alcohol alternatives like a tea tree negroni.

Rovi is a restaurant of many talents. This place is perfect, whether you’re looking to keep it kind of healthy with a celeriac shawarma that’ll make your soul swell, or just in search of a drink and snack at their comfortable bar. There are five booze-free options, all involving ingredients that you might not entirely recognise but still sound like they’ll probably be good for you (see juniper tincture). There’s also a teetotal take on the G&T on offer, but our favourite is the seasonal fruit kombucha.

The last time you drank on your medication you thought you were fluent in parseltongue and your Uber rating took a solid two star drop. But the thing is, just because you can’t drink doesn’t mean that you don’t want a slice of the fun. The Arts Theatre Club in Soho is a smallish spot that gets jam-packed most nights, and then gets progressively rowdier as the night goes on. They do virgin takes on a handful of classic cocktails, but, if you’re after something a little more exotic, there’s also a ‘jungle cooler’ which involves a whole lot of pressed pineapple juice, passionfruit syrup, and coconut cream.

Maybe you’ve never had a drink in your whole life, which means that you probably remember a lot more, regret a lot less, and rarely have to ask yourself why there’s someone called Nice Teeth saved in your contacts. But it also can make choosing a celebratory spot slightly more difficult. Enter Ella Canta, a high end Mexican restaurant inside the Intercontinental Hotel on Park Lane which not only serves beef chilorio tacos, a gold grasshopper guacamole, and duck magret with black mole, they also have several exotic ‘aguas frescas’ drinks on offer. Despite the fact that a main here will set you back at least £20, all of their alcohol free options are £7 and include everything from lemon verbena, to pink peppercorn syrup, and habanero bitters.

Maybe it was that break up. Maybe it was redundancy. Or maybe you just watched that RSPCA puppy advert at a particularly sensitive moment. Whatever the reason, the point is, you’re having a lot of feelings right now, and they’re not the good kind. They’re the ‘why has my life come to this?’ kind. The losing Wilson to the ocean kind. And one sip of a martini might throw you over the edge. What you need is one of the comfy armchairs at the cocktail lounge at Zetter Townhouse. This place serves plenty of cocktails in case your mates are happy on the hard stuff, but it also has the kind of cosy feel where you wouldn’t be at all surprised if your favourite grandparent appeared to wipe away your tears. Grab a seat by the fire and sip on the elderflower fizz until it all starts to feel a bit better.

You’ve just realised that you’ve been hungover for most of the last decade, and the thought of a glass of merlot is giving you an impending sense of doom. Head to the negroni bar at Polpo Smithfield. This neon-lit bar might be named after one of the drinks that now gives your liver a panic attack, but their virgin cocktails are downright tasty. There’s a ginger beer elderflower fizz, and an Earl Grey syrup soda mix, but the minty black cherry lemonade is the one you really want on your table.

When it comes to booze, you’re just not a fan. You don’t like the taste, and you don’t like what it does to you. At Dishoom, as well as top Indian dishes, a selection of chai drinks, and several lassis to choose from, there are also five alcohol-free takes on classic cocktails. From their sober martini, to their dry old fashioned, all of their teetotal drinks are packed full of ingredients, and have all the drama of a cocktail, so there’s zero risk of feeling left out. The menu is the same at all of the Dishoom locations, but the King’s Cross location is your best bet to avoid the queues. 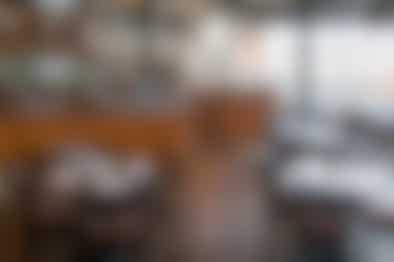 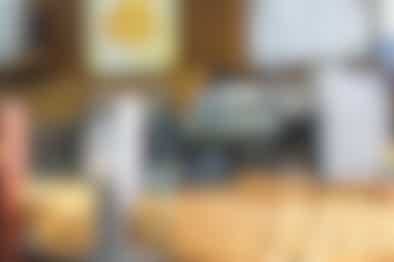 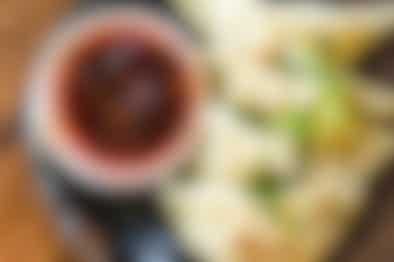 30 Restaurants To Fill Your Freezer

Dumplings, pies, stews, and sauces to stock up on for when you can’t be arsed.
Restaurant Finder