Usually, a British summer lasts somewhere between three days and three weeks, depending on who you ask. Within this totally subjective time period, the average Londoner packs in around 18 barbeques, 104 Aperol Spritzes, 12 ‘park jams’, 96 tubs of hummus, 357 cold pints, four different sunglass variations, 11 Mr. Whippies, and 234 wears out of ‘that nice dress’ or ‘those nice shorts’. We like to make the most of things, alright?

When that ‘heat wave’ of four consecutive rainless days finally ends, it’s deeply depressing. Unless you’re getting on a plane to sunnier climes. But if you’re not, you need that summer vibe. The drinks, the friends, the food. Thankfully there are some restaurants in London that will give you that exact sunny feeling, even when the summer is being very British. 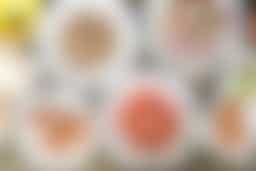 We’re not going to beat around the bush: Upper Street is absolutely naff all like Spain. But, once you settle yourself in Llerena, have a plate of iberico ham in front of you, a load of oxtail croquettes, and a little frosty beer, then you temporarily feel like you’re not in London, at least. As far as tapas bars goes, this is our favourite in London. It’s unpretentious, delicious, and so comfortable that you forget it’s hailing outside. 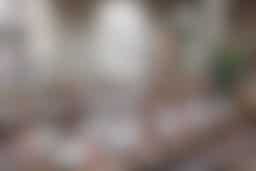 These days, going for some piri-piri chicken is as British as putting the kettle on and talking about the weather. We’re saying you should be heading to Casa Do Frango for your piri-piri intake. The menu at this Portuguese spot in London Bridge is split between sharing plates like chargrilled cauliflower and garlic prawns and the main attraction: chicken. Along with plantain, fries, and rice. Plus, if the lack of sunlight in this airy room gets you down, head to their downstairs cocktail bar for some live music as well. 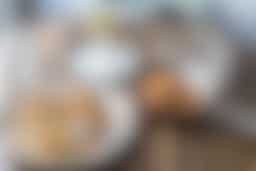 The sky is grey. The pavement you’re walking on is grey. Your mood is grey. No, this isn’t life through a black-and-white filter. This is a staycation. Don’t worry, you can add some colour to your ‘holiday’ by paying a visit to La Mia Mamma in Chelsea, and getting some much needed TLC. It’s a restaurant run by actual Italian mammas who come in and cook dishes from regional Italy. The atmosphere is happy, the pasta is delicious, and you’ll leave feeling like your part of the family. 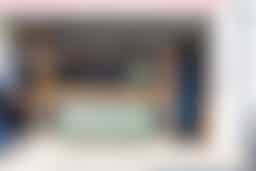 Summer is not a season. It’s a state of mind. That’s what you keep telling yourself when it’s been glorious all week but it’s raining on Saturday again, right? Well, at Peckham’s casual wine bar and restaurant, Levan, it’s completely true. We’re not sure if it’s the indie feel-good tunes that are constantly on the record player, or if it’s the buzz of the open kitchen, or that one glass always becomes a bottle here, but whatever it is, this place just gets you in that holiday mentality. You can definitely swing by for a glass of wine without eating, but, honestly, when the comté fries with saffron aioli are this good, that would be a mistake. 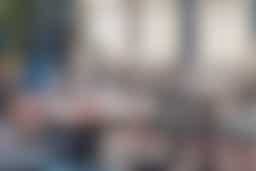 The weatherman did you dirty. Again. Whatever. It can be absolutely pissing it down outside, but as long as you’ve got a pisco cocktail in hand, it still feels like the hottest day of the year. That’s just how alcohol works. Lima Floral is a relaxed Peruvian restaurant in Covent Garden that has lots of pisco cocktails, big, colourful art on the walls, and dishes like salmon ceviche and beef empanadas on the menu. Plus, if witnessing that torrential downpour is ruining your mood, you can head to their laidback pisco bar down in the basement for peak rain avoidance. 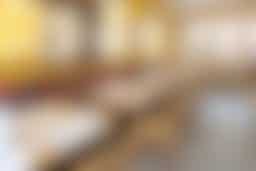 Ever found yourself screaming ‘why Thor, why’ at the sky in the middle of August? Of course you have, you live in England. But rather than trying to invent another pseudo sun dance, just head for Levantine spot Ceru in Kensington. This place has enough rainbow Aztec upholstery, cucumber martinis, and mint yoghurt on the menu to make you forget all about the weather outside. The seafood here is always a good call, but what you really want to get involved in is their £10 market platter that has a whole lot of halloumi, feta fritters, and freshly baked pita bread going on. 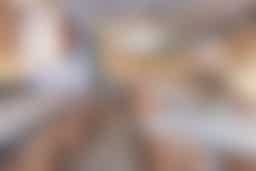 You know that album on Facebook labelled ’MYKONOS ‘08’? The one you would rather not look through. Well, put those youthful regrets aside and just remember the fun-loving atmosphere, the cocktails, and the lovely Greek food. That’s much better, isn’t it? If that’s what you’re after, plus an extra bit of refinement, then Meraki is the place for you. This is basically a Greek getaway restaurant for grown-ups. Grab a negroni and get dipping into the hummus with smoked eel or the Greek style potato rostis. This is a swanky place to have a bit of fun in. 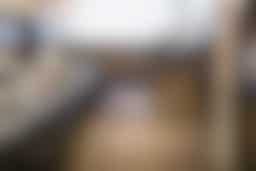 Nothing says you’re on holiday more than sitting at a bar, ordering tapas as and when you fancy, and steadily ploughing your way through a bottle of Rioja, does it? Even better is that you don’t even have to go to Gatwick to do this now - you can just pop to Sabor in Mayfair. This place has got every part of a Spanish holiday you could wish for. Apart from the sun. The food is reliably good - croquetas, duck breast, chargrilled potatoes, and the like - and the setting is informal. It’s the sort of place you may wander into and end up spending a few hours in because, well, you’re on holiday... oh wait. Well almost. 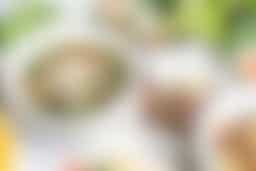 A lot of the best places to eat when you’re on holiday are a bit rough around the edges, but very tasty, and very fun. That’s exactly what Song Que is like. This is a huge no nonsense Vietnamese that’s always busy, and for good reason. The pho here is excellent, as are the vermicelli bun noodles and everything is geared towards having a very good time. This is a restaurant where you can be yourself, take anyone, and get relaxed in. 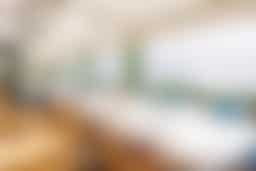 In a lot of ways, this Little Venice spot is quite ludicrous. It’s a rag-topped canalside restaurant in a city where it rains one in every three days, and where it’s hardly ever warm enough to sit outside without a rug on your lap or over your shoulders. Happily, they provide rugs, and we really respond to them calling themselves The Summer House. It’s just the sort of pursed lip irony that we love. The food here is OK at best, and it’s pricey too, but there’s something joyful about the place. It’s probably because they have to work overtime to maintain the summer-y vibes. You can head here on a rainy day, order a seabass to share, and even if it doesn’t brighten up enough for them to roll back the tarps, you’ll leave feeling like you’ve been on holiday. 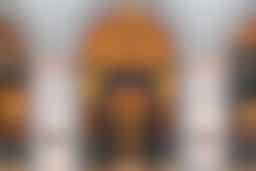 Yes it’s grim outside. So, how about you go somewhere that is the complete opposite? Swap grim for grand and head to The Wolseley. There probably isn’t a better place to forget about the outside world in. The Wolseley is a place where you can transport yourself back to a different era, rather than a different season. Sit down, order some champagne, a few oysters, and then a schnitzel to follow. Take your time. There’s no rush here. After all, what’s there to go outside for? 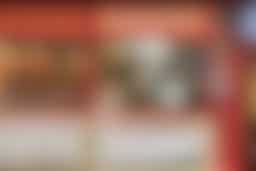 There’s something uniquely summer-ish about sitting down - not on a bench, a pavement, or your kitchen table - for a meal in the early hours of the morning. It feels like the sort of thing you do when you’re in a foreign city. That’s what you get in Hung’s. This is straightforward, bish-bash-bosh dumplings and roast duck. It’s perfect for when the weather’s let you down, the day’s turned into night, but you still want to go somewhere that’s full of people, and full of good food. 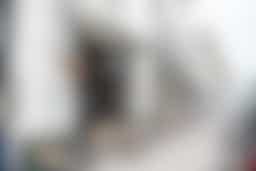 There’s no better London neighbourhood on a proper summer’s day than Primrose Hill. But when summer fails to show up, that doesn’t mean you should rule out a visit to NW1. Especially when you consider that it’s home to one of north London’s most popular restaurants, Lemonia. Though it might not be the best Greek restaurant in town, it’s probably the happiest. You get all the normal stuff here: hot mezze, cold mezze, and a selection of meat and fish cooked on charcoal grills, however, it’s the spirit of the place that makes it a forever summer spot. The staff are gregarious and fun, it’s always rammed, and the space itself - particularly the back room - feels like the memory you have of a sunbaked Mediterranean courtyard. It’s the perfect place for ridding yourself of the perma-gloom of a British summer. 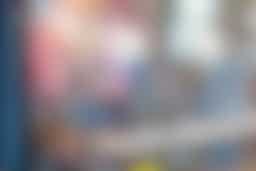 A proper Neapolitan pizza is one of the ultimate tastes of summer. And while a few slices are unbeatable - either as a meal or a snack - when the sun is shining, it’s also one of the best foods we know for fending off that special type of misery that descends when it’s August and it’s been raining for four days on the trot. Santa Maria Chelsea is one of the best spots we know for getting a pizza that will chase the blues away. 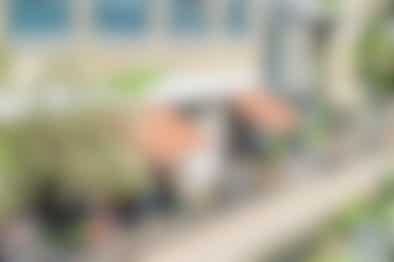 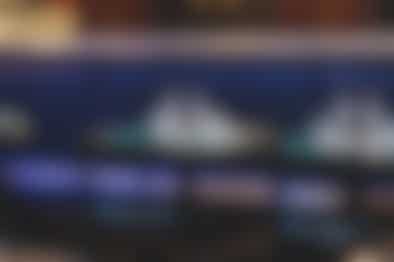 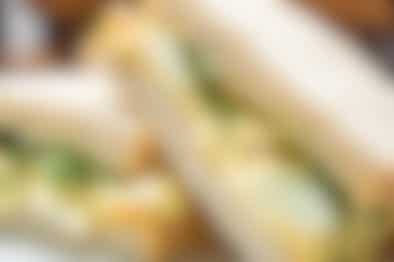 The new restaurant openings in London you should know about.
Restaurant Finder