If you’re anything like us, then you’ll find it hard to keep track of which pop-ups are new, which ones are old, and which ones are just delicious hallucinations you created in your mind. Good thing it’s our job to remember. Here, we’ve separated the wheat from the chaff and put together the best pop-ups, long-term residencies, one-off specials, and whatever else that you should be checking out (and more importantly eating) before they’re gone.

If the first rule of Tuna Fight Club is not to talk about fight club, then we have officially already broken that rule by telling anyone who’ll listen about this exceedingly fishy event. Yes, that includes a detailed play-by-play of spooning nine-day dry-aged Bluefin tuna straight off the bone to an unsuspecting Amazon delivery driver. What can we say, sharing is caring. If you too want to witness a 200kg tuna being ceremoniously unloaded from a van, eat a 12-course omakase showcasing, and witness the talents of chefs like Juan Cardona (formerly of Endo at the Rotunda) and Kurisu Omakase’s Chris Restrepo, then get your £120 ticket here. They’ll be at Notting Hill Fish Shop every Wednesday night throughout August.

FILL YOUR BELLY AT THE COMPTON ARMS NEW RESIDENCY

Although Four Legs and their much-papped cheeseburger have now left the kitchen at The Compton Arms, that doesn’t mean you’re not going to be well fed. The new face in the kitchen is Belly, headed up by Reece Moore formerly of Bao and Satsu. The menu reads not dissimilarly in that it’s made of of loud delicious-sounding small plates like tomato carpaccio or beef dripping hispi cabbage, but there will bigger (also changing) dishes as well, like a giant pink t-bone steak, or a whole plaice in a caper and butter sauce. Is that your belly grumbling?

Having just finished a residency at the hyped chef musical chair spot, Carousel, Joo Won is now setting up camp at Chinatown’s Bun House throughout August and September. Expect his signature ‘JFC’ (Joo’s fried chicken), pan seared pollock with chilli tofu, and a kimchi risotto in their cool and casual first floor dining room. Thirsty? Of course you are. There’s also natural wines and craft beers available, as well as sweet treats from his wife, ex-Wolseley pastry chef, Sujin. You can make your booking here.

A Series Of Chef Specials In Peckham

It was inevitable that Hot Vax Summer would somehow end up in these words but, there’s a new Slut Drop Sandwich in town. More specifically, you’ll find this hefty buttermilk fried chicken sandwich at Larry’s in Peckham from chef James Cochran who went from 12:51 captain to Around The Cluck delivery fame during lockdown. If that wasn’t enough incentive to get down to Peckham pronto, they’ve also got specials from Breddos Tacos, Oklava’s Selin Kiazim, and Ottolenghi’s Ixta Belfrage popping up throughout August. Stalk them on the ’Gram for all the details of which dish is on when.

Call it a wine bar, call it a shop, call it a restaurant. It doesn’t matter. P. Franco is just an excellent place to spend your night. There has always been a rotation of resident chefs at this date-ready Clapton spot, but we’re particularly excited about the man who’s currently in charge of the menu. Chase Lovecky was the head chef at Two Lights which sadly shut down during the pandemic, but in a tale of silver linings he’s now serving dishes like smoked ricotta gnudi with pistachio and crayfish XO tagliatelle at P. Franco from Wednesday to Saturday. Although this place briefly made our organisational dreams come true by accepting bookings, please know that they have now returned to a strict walk-in only policy so be sure to get there early if you want to get your hands on their new menu.

HOT 4 U x The Prince Arthur

Hot 4 U are two chefs formerly of parishes such as St. John, Cub, and Silo and now the duo are taking up residence at the Prince Arthur in London Fields. Expect things like their smoked ox tongue reuben bun, a psychedelic burrata (!) and more. And if you can’t get a spot there then, FYI, they’re also over at The Plough in Homerton.

If the idea of a drive-thru BBQ sounds immensely appealing and also extremely messy, then head over to The Chiswick Pavilion. The enormous beer garden in west has got Cue Point in the kitchen making their British-Afghan naan-taco hybrids, smoked brisket bun, and lots more.

SOME SEDUCTIVE SHARING PLATES IN HACKNEY

With experience from the Four Legs kitchen, another pop-up in Ling Ling’s and a Haggerston cocktail bar, Satsu have got every base covered. They’re cooking food and making drinks at The Gun with a changing menu of small plates that have influences from all over. Expect a very familiar and very good cheeseburger, as well as things like sea bream ceviche or middle white pork schnitzel.

PAIR CHONGQING NOODLES WITH A PINT

A long-ish term fixture that nobody should take for granted, Liu Xiaomian is Charlene Liu and Liu Qian, a duo from Chongqking who started making noodles and dishing them out at markets a few years back. The menu features three xiaomian noodles - one vegan, one pork, one pork and chickpea - all packing a Sichuan peppercorn punch, and there are a daily specials plus glass noodles as well.

DM TO BOOK THIS SUNDAY-ONLY SPECIAL

Newgate Studio first appeared on Instagram over lockdown, making gentle waves with a set menu for takeaway. Things like cured duck leg broth with vermicelli noodles topped with monkfish cheeks or guinea fowl broth rice with ox tongue had the people-who-know-about-food bit of the internet keeling over. Now, as well as takeaway, they’re over at Meletius Coffee on Sundays only. 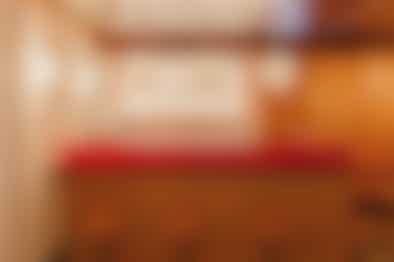 Check out the events, festivals, and exhibitions all around London this weekend. 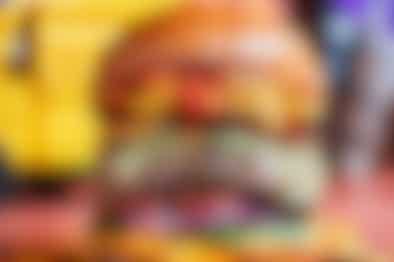 13 Exciting Things To Eat & Do This October 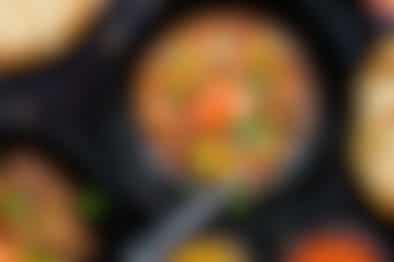 Where To Eat In Whitechapel