March 2, 2021
Ahead Of This Week’s Budget, Pubs & Restaurants Demand More From The Chancellor
While restaurants start to plan their reopening, all eyes are on Wednesday’s budget in the hope that it delivers much needed support for the sector

Ahead of Wednesday’s budget, 83 MPs have signed a letter from the All-Party Parliamentary Group for Hospitality and Tourism urging the chancellor to deliver decisive financial protections for the sector. Their demands - which range from an extension to the 5% VAT reduction, through to continued holidays on business rates, clarity about the furlough scheme, and improved loan repayment terms - echo calls made by UKHopitality and more than 200 trade bodies and industry leaders last week.

The government has already announced £5bn extra support in the form of cash grants of up to £18,000 for restaurants, pubs, and other businesses impacted by the forced closures. And while UKHospitality welcomed the new grants, their position remains that more must be done by the chancellor on Wednesday to help fend off insolvency and allow businesses room to breathe.

More must be done by the chancellor on Wednesday to help fend off insolvency and allow businesses room to breathe.

This increased lobbying comes as restaurant owners begin to plan out their reopening following publication of the government’s roadmap to recovery.

In an email to The Infatuation last week, Frank Yeung, owner of Mr Bao in Peckham, told us that although the government has “an urgent responsibility to confirm and extend support measures aimed at our industry” it felt positive to have a timeline. “So much of the difficulty over the last 12 months has been a lack of certainty”. 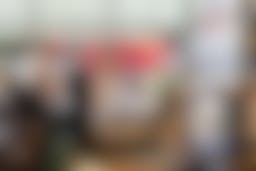 His position was echoed by Mandy Yin, director at Holloway Road’s Sambal Shiok. Her restaurant has been closed to dine-in customers since last March, but she broadly welcomed a marked shift from the uncertainty that restaurants have been facing since last year. The timeline has “given me some structure,” she told us by email, “and a plan to ramping up my operations.”

Along with many in the industry, Yin will be keeping an eye on the chancellor’s budget announcement on Wednesday. Furlough, an extension to the current lease forfeiture moratorium, business rates waivers, and an extension to the 5% VAT rate are all issues she’ll be paying close attention to. “I am now looking forward to the budget being announced,” she told us, “and cracking on with my plans in the meantime.”

“I’m An Introvert. Where Can I Go For A Date In London?”
The dating spots for anyone who thinks solitude might be the love of their life.

“I Want Somewhere To Watch The Football That Isn’t Testosterone Chaos”
Want to watch the football without the feeling your soul has been submerged in a sweaty armpit? We’ve got you.

The Best Bread In London, Ranked
The very official ranking of London's best bread, according to us.

10 Romantic Locations For Your Ill-Fated Summer Romance
Calling all hot vax summer enthusiasts, here are the romantic restaurants to utilise for your summer romance that will inevitably end in disaster.