September 21, 2020
How One Woman Turned A Dalston Café Into A Delivery Machine In Order To Survive The Pandemic
We spoke to Snackbar’s owner to find out what it really takes to keep a restaurant alive in the midst of a pandemic.

“I just wanted to create this space where people could hang out, eat, and create a really buzzing restaurant for people to have a good time,” chef Freddie Janssen says of her Dalston café, before pausing. We both listen to the static buzz of the call for a few seconds. A moment of silence for the golden age of restaurants.

The thing is, whilst many of us spent lockdown sheltering to a chorus of ‘I’m so bored I could cry’ and Joe Exotic references, London’s small, independent restaurant owners faced the near impossible challenge of ensuring their restaurants survived. Government advice was vague. Supply chains crumbled. And countless hospitality workers were furloughed, leaving owners in the position of transforming their businesses into delivery machines on the back of a skeletal staff. Janssen, owner of popular neighbourhood café Snackbar, faced all of the above in a two-and-a-half month period. We spoke to her a few weeks back to find out exactly what that was like.

Way back in March, she was at a charity dinner when Coronavirus went from quiet monster-in-the-corner to a very-real threat to her business. “I was talking to someone who was like, ’I think shit’s really going to hit the fan, I think you need to start looking into delivery.” Within a couple of days, several emails, and an impromptu DIY photoshoot of her food, she was set up with delivery platform, Slerp. But with all of her staff furloughed, Snackbar became a one-woman show. “I was packaging everything, I was cooking everything, just doing the whole thing by myself. I just ran the delivery takeaway kitchen by myself for two-and-a-half months.” 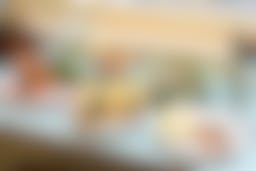 On the best days it sounds sort of like a restauranteur version of The Revenant, Janssen constantly pushing forward, cooking, cleaning, selling essentials to locals, and listening to podcasts whilst manning the orders tablet solo. On the worst, it sounds like the recipe for a breakdown. Exhausting in the extreme, mentally draining, and entirely isolating. Janssen describes it as “two-and-a-half months of hell” but assures us that her experience of the pandemic is not a unique one.

“I spoke to quite a few different people who I knew that were also doing [delivery] and were all like, you know this is mental but we don’t really have an option to not do it because we can’t furlough ourselves and we need to pay bills and rent.” Janssen’s experience of lockdown shows that in a time of national clapathons and behind the apparent Blitz spirit, is the reality that chefs, owners, and restaurant workers didn’t continue to work to keep spirits high and our stomachs full. But because they simply had no other choice. “I had a few people say ‘it’s so ambitious of you’ and I was like, not really, it’s not ambitious. I didn’t really have a choice to not do it or sit at home and not have any money coming in.”.

Speaking to Janssen, you quickly realise that the pandemic created new problems each and every day. Like a twisted game of lockdown whack-a-mole, her delivery operation was flying, but then she couldn’t source any ingredients. She lost her fruit and vegetable supplier as they were too busy with requests from the general public, then flour became impossible to find, and her butchers closed because everyone that worked there was over 60. The solution? To constantly adapt. Transform, pivot, sell, then transform again.

Since lockdown Janssen has continued to adapt her café. Once thriving on ‘kimcheese’ croissants, Snackbar is staying open until 11pm at the weekend to make up for the lack of weekday breakfast trade. Social distancing means they’ve lost ten covers, so out went their old chicken coop in the garden, and in went new outdoor seating - when she could finally get her hands on tables and chairs. “I was looking at furniture on Ikea but by the time I went to order it, it was all gone. It was the same thing as the flour all over again.” Janssen even obtained a liquor license so that flat whites could become margaritas at ‘Snackbar By Night’ with oysters on offer and the potential for much more profit.

As the days, weeks, and months have passed, Snackbar has steadily started to morph back into the buzzing, good-times space that Janssen always wanted it to be. The Eat Out To Help Out scheme lured many Londoners back into restaurants, but as the summer cools and cases rise, London’s small, independent restaurants are looking over their shoulder once again. “I just really hope we’re not going to go into lockdown number two. Because that would really be a nightmare.”

We originally reviewed Snackbar in 2019. You can read the full review here.

34 New Restaurant Openings That You Can Book Right Now
What happened to all those restaurants that opened during the pandemic? They’re open for bookings from April 12th, that’s what.

How To Secure A Seat At London’s Best Restaurants
Restaurants are booking out quick, but prepare for al fresco freedom with Staff Writer Heidi Lauth Beasley’s tips on securing a reservation.

55 Great Walk-In Restaurants With Outdoor Seating
Because spontaneity (and disorganisation) is the spice of life.

Was It Love Or Was It Lockdown?
Where to go when you need to figure out if your feelings can exist outside of a global pandemic.