Fried chicken specialists Chick ‘n’ Sours are offering NHS staff and other key workers a free dinner on May 17th, when they will reopen both their Haggerston and Seven Dials locations. You can apply or nominate a key worker by emailing vibes@chicknsours.co.uk. Keep an eye on their socials for more details.

But before that, they will be hosting a three-day outdoor pop-up at Seven Dials from May 7th - 9th, where they’ll be serving Mexi-nese nachos, their signature chicken toast, and their Hot 4 U strawberry chicken parm sandwich collaboration. 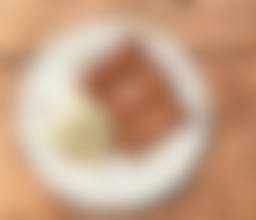 It was hard enough to get a table at mini-chain Dishoom before the 2021 Restaurant Reservation Hunger Games Began, but now that they’ve opened a Bermondsey kitchen, you can get their excellent ruby curry delivered across south east London via Deliveroo. 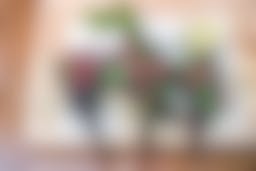 Following the staggering increase in hate crimes against the East and South East Asian community, a new online cookbook has launched with the aim of raising money for charities End the Virus of Racism and Stop Hate UK. Donations start at £10 and the cookbook includes recipes from the chefs behind Lucky and Joy, Farang, and Kiln. Hit up their website to buy it now.

A MANTECA HOT DOG POP-UP IS COMING THIS WEEKEND

Manteca, the Soho restaurant behind a brown crab cacio e pepe that we will not shut up about, is turning their hand to hot dogs. They’ll be firing up the BBQ at Two Tribes Campfire in King’s Cross on Sunday, Bank Holiday Monday, and Tuesday with homemade mortadella hot dogs cooked over a wood fire with Italian toppings. Find all the deets on their ’Gram.

A legendary Jewish deli in St John’s Wood is set to close. Harry Morgan - or Harry’s, as it’s known by locals - first opened in 1948 but will permanently close its doors on the evening of April 27th. Eater are reporting that the sudden closure is believed to be down to a rent dispute with the landlord, following months of decreased revenue due to the ongoing pandemic.

THE GUINEA GRILL IS OPENING OUTSIDE AND ACROSS THE ROAD

After lockdown delays, Mayfair institution The Guinea Grill is going ahead with plans to open The Guinea Express across the road from the pub. The mini-venture will open in May and should maintain the GG’s esteemed Guinness and oyster reputation (among other things). In the meantime a limited number of tables and chairs will be put outside of The Guinea Grill for outdoor dining from April 27th.

THE HACKNEY TAP IS OPEN WITH OUTDOOR SEATING AND HOMEMADE GYOZAS

The owners of The Euston Tap and The Holborn Whippet, two of London’s most popular craft beer pubs, have opened The Hackney Tap in Hackney Central. They converted the old Hackney Town Hall into a craft beer and beardy emporium, and they’re making gyozas from scratch as well. There’s plenty of outside seating as that bit of Mare Street is all pedestrianised and you can book the beer garden via their website.

“I Can’t Find A Single Booking In The Whole Of London. Where Can I Find Availability?”
Staff Writer Heidi takes on the riddle of whether there are any bookings left in post-lockdown London. Spoiler alert: there are.

25 Last-Minute Reservations You Can Book For This Week
Need a booking but not just any booking? Here are some restaurants with space this week, just be prepared to move quick.

13 Last-Minute Reservations You Can Book For This Week
Need a booking but not just any booking? Here are some restaurants with space this week, just be prepared to move quick.

10 Things To Eat, Drink, & Do This Bank Holiday Weekend
Outdoor drinking, excellent pop-ups, and a plant mom’s dream day out. No reservations required.