June 24, 2021
Four Legs’ Compton Arms Residency Is Ending, So They’re Opening Their Own Pub In September
The much-lauded residency will be taking its dexter cheeseburger to N4 - and you can support them by contributing to their Kickstarter.

On July 31st, after two years of stellar burger-making and occasional influencer-baiting, the hugely successful residency from Jamie Allan and Ed McIlroy, Four Legs at the Compton Arms, is ending.

The duo are heading to N4 to open their own independent pub. Formerly the Auld Triangle - a Finsbury Park boozer popular with celebrating Arsenal fans, mourning Arsenal fans, and anyone else in dire need of a Guinness - the pub will be renamed The Plimsoll, in celebration of a previous incarnation years ago.

Following on from 24 months making London’s most famous cheeseburger alongside an array of alternating and all-delicious small plates, as well as maintaining a lockdown takeaway setup that initially saw tin foil-wrapped cheeseburgers hand delivered via a skeletal-looking fella on a fixed-gear bike, the duo are taking things to the next level with their own pub.

Focusing on a bigger space that will allow them more room to play, food-wise, The Plimsoll will also look to push a mentality that makes pubs the heart of many London communities: independent, with staff paid London living wage as a minimum, and food served Monday to Friday only - with weekends left for drinking (and we hope, for football - but we’re waiting to hear back on that).

If you’d like to support the project, here’s their Kickstarter campaign. And if you pledge £20 then you’ll get a burger and a pint. Decent. 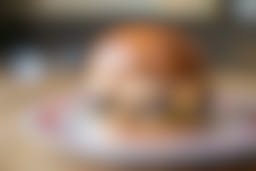 13 Exciting Things To Eat & Do This October
Oktoberfest comes to London, a hot new wine clubhouse, and some seriously spooky film viewings at BAO.

London’s New Bar Openings
From lowkey wine bars to big-deal cocktail spots, these are the new drinking spots in London that you need to know about.

Where To Eat In Shoreditch When You Hate Shoreditch
8 great restaurants to distract you from the hellscape outside.

Where To Eat After A Bad Week
10 places to get a meal when the shit has hit the fan.