In an effort to help you better get to know the people behind The Infatuation, we're bringing you Friday Fives from a different kind of celebrity: the people who work here. In this edition, meet Managing Editor Katherine Lewin.

From the moment we met Katherine in 2015, we knew she'd fit in just fine with the Infatuation team. We first had a good feeling when she showed up for an early morning interview with a box of fresh Peter Pan donuts from near her apartment in Greenpoint. We had an even better feeling when we stalked her Instagram and found this photo, and we knew it was a done deal when we learned she was the co-host of an annual “ham party" during the holiday season. On her third week in the office, she showed up to work two hours early with a pork butt. What she planned to do with it, we still have no idea. Just kidding: she cooked it for six hours in the office kitchen and made everyone nachos for lunch.

When she's not complaining about the sad state of queso on the East Coast (she's from Austin), Katherine writes reviews and guides for the NYC site, works closely with our writers and editors on the West Coast, and also oversees our many newsletters. Katherine's generally the person around the office who makes sure stuff gets done on time, and gets done to the highest of standards. That includes pork butt.

Check out her NYC restaurant picks below.

Lucali Perfect For: Finding Out Who Your Real Friends Are 575 Henry St.

“It’s like Lucali doesn’t actually want you to eat there. It’s in a not-central part of Brooklyn, they don’t take reservations, you can expect at least a two-hour wait on most nights, and sometimes you’ll get all the way there and they won’t even let you put your name down because they’re already at capacity, and sometimes they run out of cheese (yes, this has actually happened to me). All of that said, I would endure a lot more abuse to eat this pizza. And I have a select few friends who will do the same. It’s called a top tier, and the fastest way to find yours is to see which ones will go to Lucali with you." 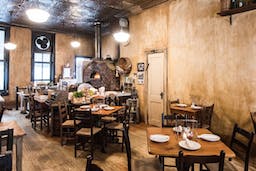 Lighthouse Perfect For: Hiding From The World 145 Borinquen Pl

“I tried to think of a million other ways to say this, but you know what? F*ck it. Lighthouse is my happy place. How does that saying go...when life knocks you down, something about getting right back up? When life knocks me down, I go to Lighthouse. And I get there before 7:30, because that is when the $25/wine bottle happy hour ends. And usually, by the end of that bottle of wine and an order of burrata, and maybe also a burger later, I generally feel better about life. It’s just that kind of place." 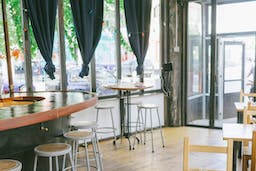 Sadelle's Perfect For: Pretending You're More Successful Than You Actually Are 463 W. Broadway

“It wasn’t long after I started working here that my coworker Hillary mentioned she was part of a breakfast club. Obviously, it’s a brilliant idea and I immediately stole it from her. Mostly because I wanted an excuse to go to Sadelle’s on a Tuesday morning. And once you start a Tuesday with lox towers and the best French toast of all time, you realize you’ve figured out the secret to the good life. This is what success feels like. And while spending $21 on French toast is a borderline offensive proposition, when you do it at Sadelle’s, you don’t regret it. You’re too busy feeling excellent about all the decisions you have made to get you to this moment." 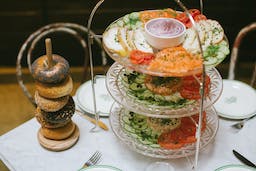 Hotel Delmano Perfect For: Feeling Cool, But Not Too Cool 82 Berry St

“I have this memory of my first night ever in NYC. (Spoiler: I did not end up at Hotel Delmano.) I got to my apartment (which was actually a dorm on Broome Street that I was sharing with four other people, and my bedroom wall had a two-foot hole in it) really late, but I wanted to start getting a feel for the city. I walked all around Soho and Nolita, not having the faintest idea of where the cool people who knew all the stuff ate or drank or hung out. I ended up at Fiat Cafe that night (which couldn’t have been less cool, but also could have been way worse), but the very roundabout point I’m trying to make here is that Hotel Delmano is exactly the kind of spot I was looking for that night. It’s an extremely cool place to hang out, but blessedly not so cool that you feel like you need to be wearing a “statement piece” or have better hair to go there. To me, it’s a pretty perfect bar." 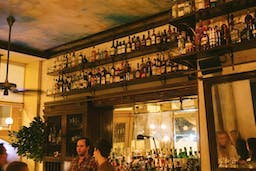 “I kind of think this should be a real Perfect For tag on our site, but then again a Last Meal On Earth is an incredibly personal thing. Just because we tell you a place is perfect for A Last Meal On Earth doesn’t mean it’ll be your Last Meal On Earth. Before this gets too morbid - Al Di La is mine. Mostly because pasta is my favorite food, and their pasta is incredible - but also because it feels like an actual escape from New York. Like you’re in a little town in Italy, except with people who won’t judge you for speaking English. You can’t go wrong with anything you order here, but if you don’t get the tagliatelle al ragu and the affogato then you can’t blame me when you walk away from here still searching for your last meal on earth." 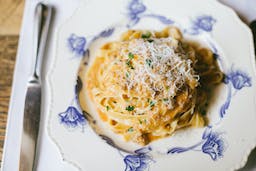 I like to entertain this (super unique) fantasy that one day I will have a house upstate - or at least be the kind of person who goes up there all the time. This is a great resource for figuring out which places to go, and what to do once you’re there. (Also check out @andnorth.)

Owner of the Frank restaurants, and writer of the most glorious food captions. I would copy and paste one here but it would take up half this page. Just go read them for yourself. Guy knows how to use some capitals and hashtags.

I don’t have a tattoo. I’ll probably never get one. But back when I lived in LA I discovered this guy’s account and I’ve probably looked at every single one on there. It’s like a two-for-one for voyeurism and art.

Author of one of my favorite cookbooks / generally badass person. I tag her every time I cook something of hers, and she always responds, and I am always starstruck. Also, her wife is @designsponge (Grace Bonney) and they are the ultimate power couple. Fangirl rant over.

A little vintage furniture store near my house. This is the kind of account that convinces you that what you need more than anything in life is a pink velvet couch.

Like a Humans of New York account, but for the books people are reading. An excellent way to find a new book to read and/or feel more fondness toward the subway than you probably ever have before. 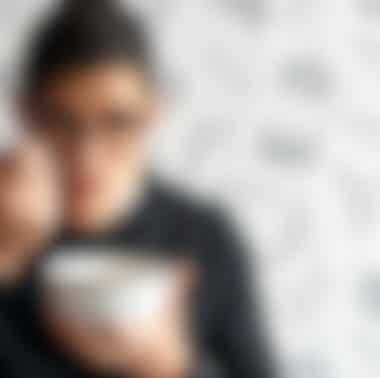 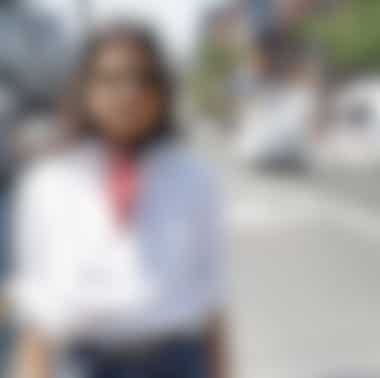 Leandra Medine of The Man Repeller

Leandra Medine of The Man Repeller

Friday Fives restaurant picks from the queen of the fashion bloggers, Leandra Medine, AKA The Man Repeller.