Looking for music to power you through this weekend’s trip up PCH you didn’t know was happening until right now? Wonderful, then you probably should also know about Goldroom (aka Josh Legg), who makes music that makes you want to dance and sing and do both those things as close to open water as possible. Originally from Boston, Josh went to USC and pretty much instantly became a West Coaster. And also an expert at eating in LA restaurants.

After years of producing killer remixes and releasing singles, in September he dropped his first studio album West of the West. It’s pretty fantastic and will make you want to get in the car and drive up PCH. And while you’re at it, stop off in San Francisco this August where he’ll be playing Outside Lands.

“For the hundreds of people that line up outside Sqirl everyday, you’re doing it wrong. Kitchen Mouse is for the moment, LA’s best kept breakfast secret. Their chilaquiles are incredible and the location, in the heart of up-and-coming Highland Park, is ideal. I’m not a vegetarian myself, but their inventive and delicious menu is one I keep coming back to.” 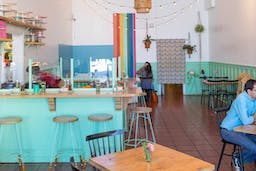 “There’s an endless argument about which taco truck in LA is the best. For me it comes down to consistency, location, and how much they actually remind me of Mexico City street food. Taco Zone, as it turns out, is right around the corner from my studio in Echo Park. When I get finished with a session or rehearsal and it’s late, there’s basically nothing in the world that can make me as happy as Taco Zone’s pastor tacos.”

“Not necessarily one of the Vietnamese mainstays that you’ll read about, Pho 87 is the most reliable pho in the city. You can always get a table, the ingredients are consistently fresh, and the environment couldn’t be further from hip.” 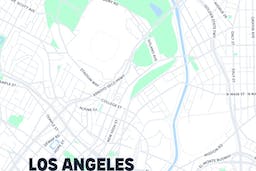 “Philippes is probably the only restaurant that I’ve been to every year since I’ve moved to LA. The French Dip was (arguably) invented here, and it’s worth the trip. From the sawdust covered floors to the spicy mustard on every table, it’s one of the few touristy destinations in LA that lives up to its history.” 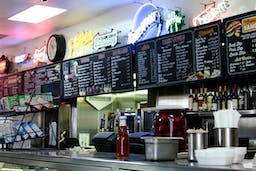 “I can’t endorse anything more than to say that I’m there at least 4 days a week. Their cold brew basically flows through my veins at all times. I wouldn’t survive without this place and their friendly staff.”

One of my favorite writers in the world, whose Twitter is probably more interesting than her long form pieces.

Obama's former speechwriter and someone that I feel like I can actually trust to explain the madness going on in the world.

One of the more fascinating experiments in social media right now. Check it out for the comments alone.

As a musician, this guy makes me hate myself on a daily basis. 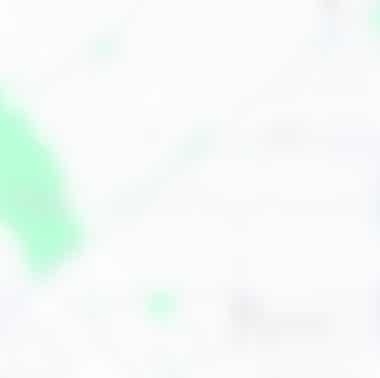 Brighton Coffeeshop is where you go in Beverly Hills when you want a quick sandwich, good coffee, and some people watching.