When you're a pro football fan, there are few things between August and February that can bring you relief from the constant burden of loving your team. From figuring out how to watch the game during your cousin's poorly-timed wedding brunch to wondering whether your clutch veteran receiver's going to make it to the playoffs without shredding his meniscus, life as an NFL fan is hard. But that's where eating your feelings comes in. And there's no venue more ripe for that (both the eating and the feelings) than MetLife stadium on a Jets gameday. Yes, for those who have been wondering what's been making us Gang Green fans keep making the trek to Meadowlands during the past few, rather dark years: It's not just masochism. It's the food. 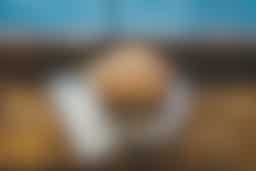 One frequent, seemingly insurmountable barrier to getting your ass out to MetLife in time for kick-off on a Sunday is a hangover. But fear not! The stadium has an incredibly satisfying Mangold-sized breakfast sandwich waiting to serve you and possibly your entire row of fellow Jets fans. It comes on a 12 inch everything bagel with a combo of Taylor Ham, breakfast sausage, and chorizo, plus potato hash, fried eggs and American cheese.

Where To Get It: Jets Experience Plaza between MetLife and Verizon Gates 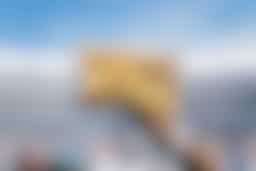 While we're onthe topic of hangover food, this Texas toast sandwich is a slightly gentler option to fill your sodium needs. It's topped with New York State cheddar cheese, a slab of smoky thick-cut bacon, and a roasted tomato. This gets an A++.

Where To Get It: MetLife Central and Section 314 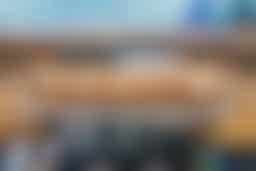 We're pretty massive sports fans, but we're fully willing to admit at least 65% of our motivation to attend so many games is knowing we can treat ourselves to an Italian sausage when we get there. And this 28" Premio Italian sausage, which is served on a two foot-long loaf of Calandra's Famous Bread, is probably the most impressive variation I've seen at a stadium to-date. It's topped with spicy Guinness beer cheese, caramelized onions, cabbage kraut, crumbled spicy chorizo and Jet Fuel (the team's signature spicy green chimichurri sauce). This is a must-order if you're rolling with a crew and a death wish if you're solo.

Where To Get It: Jets Experience Plaza between MetLife and Verizon Gate 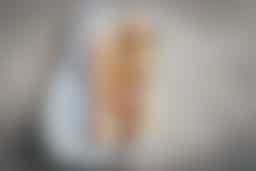 Should you be craving some Italian meat and not have a squad to crush the Jumbo Jet with, this stacked sammy should probably be your go-to. It's got all the Premio chicken and sweet Italian sausage you could ever long for, plus fried potatoes, onions, and some special sauce. Yes, the same kind of special sauce Chris Ivory was on during the Jets' victorious season opener. Put me in coach! 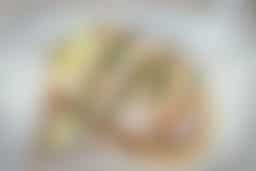 For a slightly lighter option, these tacos are about as beautiful as Eric Decker's jaw line. They come with three Brooklyn-made corn tortillas full of pulled chicken, house pickled vegetables and a flavorful salsa macha.

Where To Get It: MetLife Central, Section 315, Chase Club and Toyota Club 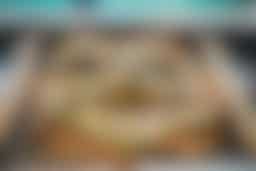 Yet another great sharing option is this massive, fully loaded pretzel. It's made in a classic Bavarian style and topped with a distinctive cocktail of beer cheese, fried jalapeños, brown mustard, crumbled chorizo and Jet Fuel. This one is fun for the whole family.

Where To Get It: Jets Experience Plaza between MetLife and Verizon Gates 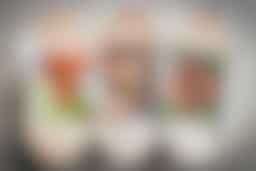 In the event that you want to take a more conventional approach to eating during a Jets game, one of MetLife's wing options is sure to please. There's the traditional buffalo flavoring, the General Tso, and our personal favorite: the Parmesan Garlic.

Where To Get It: MetLife Central, Chase Club and Toyota Club 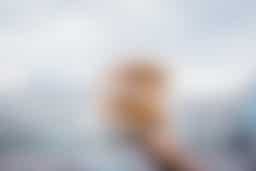 Definitely a good choice if you're starving or in need of a beer-absorbing agent. It's a big ol' corn tortilla stuffed with barbacoa beef, abuelas beans, basmati rice, and salsa verde. After an early morning tailgate session, this burrito will hit the spot.

Where To Get It: MetLife Central, Section 315, Chase Club and Toyota Club 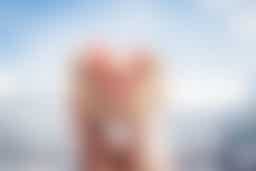 Can't help but think this was Sexy Rexy's "cheat day" entree of choice during his skinny days before his departure. Is this a lean menu item? Not exactly. It's a big fat Swiss cheese rye baguette stacked with a generous portion of thinly sliced corned beef brisket and mustard seed pickle slaw. But it probably will do lessdamage on your vitals than some of the other options listed above. 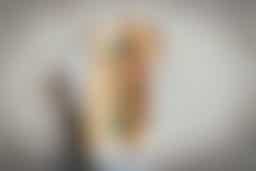 If you love The Office (RIP) as much as we do, then you can respect how much self-restraint it’s taking to not make a Broccoli Rob reference here. This is a great sandwich filled chicken sausage, spinach, broccoli rabe and provolone. 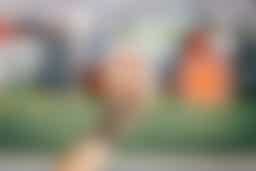 Another relatively manageable food option is this red sauce-heavy sub. It includes three nice-sized beef/pork/veal meatballs, topped with a generous dollop of San Marzano tomato gravy and grated Locatelli and served on a seed roll.

Where To Get It: MetLife Central and Section 315 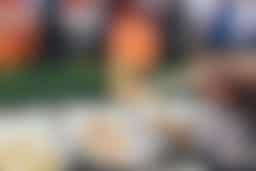 We can't say we've ever craved Asian food at a sports game. But if a Jets QB can throw an entire interception-less game (which is a real thing that took place, we swear), then anything can happen. So it's important for us to cover off on what MetLife has to offer in this department. From the straight-forward noodle bowl and Char Sui pork skewer to the chicken lemon grass, edamame and shrimp/pork dumplings, you'll definitely find something satisfying on this menu.

Where To Get It: MetLife Central and Section 313

Tell Your Friends
More NYC... Find Restaurants
You'll need a better browser for that!
Upgrade to Chrome and start finding Restaurants.
We use cookies to personalize content and advertisements, provide social media features, and analyze traffic to our site and apps. We may share information about your use of our site with our advertising and analytics partners. Read our Privacy Policy for more information.
Accept Cookies