June 25, 2020
Middle Child Is Selling T-shirts Of Their 1-Star Yelp Review For Charity
And we’re buying one for everyone we know.

When the protests began in Philadelphia a few weeks ago, one of our favorite sandwich spots Middle Child changed their website homepage to say “Black Lives Matter,” redecorated the shop’s boarded-up windows with messages of support, and even handed out “Defund The Police” and “Defend Black Lives” signs to protesters. They received a couple of negative Yelp reviews right after that, including a 1-star review from Larry E. that claimed their coffee was cold, there were roaches everywhere, and that “you can find better food at McDonald’s.”

Middle Child’s owners could have stopped after blasting their critics on Instagram. Instead, they printed Larry’s infamous Yelp review on a t-shirt and started selling it in their new online merch store.

They’re donating all of the proceeds from the shirt to Resources for Human Development, a local non-profit that creates programs “addressing intellectual and developmental disabilities, behavioral health, homelessness, addiction recovery and more.” So really, we should all be thanking Larry. 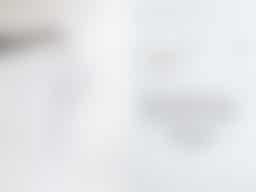 What We Know About Indoor Dining In Philly Right Now
Philly restaurants will reopen for indoor dining on January 16th. Here’s everything you need to know.

11 Philly Donut Shops To Try Right Now
There are a lot of donut shops in the city. Here are the ones you need to know about.

11 Philly Bars & Restaurants Selling Hot To-Go Cocktails
11 places where you can stop and warm up on the go.