June 25, 2020
How The Restaurant Industry Is Feeling About Reopening
Restaurant owners, chefs, and food personalities tell us how they’re thinking about restaurants reopening.

Our colleagues at Zagat Stories have been speaking to chefs, restaurateurs, bartenders, and food industry professionals across the country about how they’re feeling in the wake of the COVID-19 pandemic and as cities begin to allow businesses to reopen. Read on for excerpts, and head to Zagat Stories for more in-depth, intimate, and personal interviews with people from all over the restaurant industry. 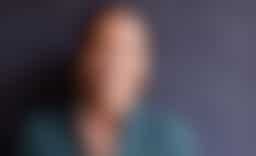 “What’s happened to the restaurant industry in this pandemic is devastating, and we’ve never seen anything like it in the history of food in this country. I think it will take a long time for the restaurant industry to recover. I don’t think that a lot of restaurants will be able to make it, actually. And I’m not only talking about the mom-and-pop restaurants, though those are the ones that are hardest hit. I’m also talking about really big chefs who are very famous and very successful. They, too, have been closing restaurants. Real estate is really expensive, and so we’ll have to rethink the dining experience and how that can happen to make it feel special without a lot of the things that we took for granted.” 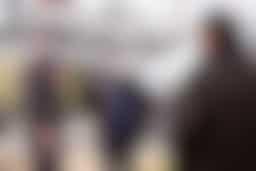 ”It’s not clear how quickly people are going to be able to get back into restaurants. We’re certainly not going to pack restaurants like we’ve done in the past and have really crowded places. That landscape is going to change dramatically. What we saw in the early stages of this was a lot of fear, a lot of concern for employees. Restaurant owners are mostly concerned about their staff, and that they’re responsible for supporting them.” 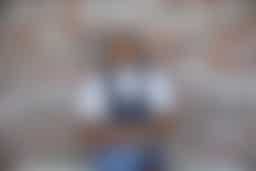 “When we come out on the other side of this, it’s going to be about who helped. If you’re doing the right thing and creating that loyalty, people will see that. I feel like we’re gonna be okay, coming out of this. I think that people will then definitely pick and choose who their alliances are with. They’re going to be picking different jobs after this. But I think they’re also going to say, “Hey, I want to be with a company that’s secure. And even if it’s not the largest company in the world, at least they take care of me when I need it.”

“I have three pieces of advice: One, don’t lose hope. Two, keep busy, because the moment we stop for too long, we’ll feel sorry for ourselves and lose hope. And three, be creative and think outside of the box. If there was ever a time to do that, it’s now. There’s a hustle and a grit in this industry that will see us through. You know, in a restaurant, if the toilet starts leaking right before service, you don’t have time to call a plumber—you figure out how to fix it yourself. My dad does that all the time. I call it Hmong-Gyvering.” 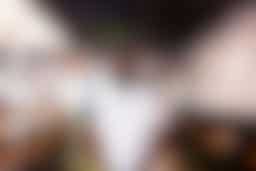 Owner, Ms. Icey’s and the soon-to-open Apt. 4B, Atlanta

“At Ms. Icey’s we have a nice-sized patio that seats about 40 people. We’re doing reservation-only and trying to space people out. But we don’t know what the volume will be, so managing that is a little bit challenging. Everybody’s feeling their way through. How does that work? How do we handle people? Who is wearing a mask? Obviously, people can’t eat with masks on. It’s very difficult to navigate.” 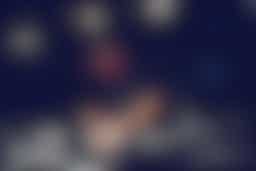 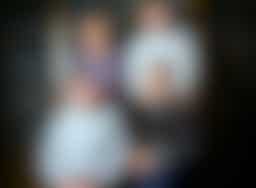 “Now we offer face masks and gloves. Safety is the key for us right now. We actually started offering hand sanitizers back in early February. Being a Chinese restaurant, we had seen and heard the news. It raised concerns among our community at a very early stage. China’s restaurant community is probably a month ahead of us. As we are talking to our friends in China, they tell us about the QR codes which really help with tracking. Anyone going into a public setting—to restaurants, hotels, shopping malls—they all have to scan this code. That shows anywhere they have traveled to, and also if they have been staying in quarantine under 14 days. Only beyond that time are they able to receive the codes.”

“In the short term as we open with limited operations, we’ll probably maintain some level of grocery service as well, and up our grocery delivery game and then slowly and carefully start filling our dining room. We’re planning on opening up the Campfire Room just for parties to begin with, when we can. Getting people cool stuff in a different way actually makes me think about some kind of grocery component moving forward. If there’s a leg of the business that can operate outside of dinnertime hours, I think it would be a meaningful thing to pursue.” 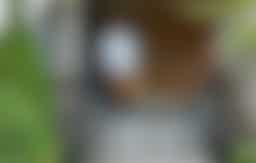 “We’re going to do takeout until I feel like it’s safe. The reason we closed was for the safety of my employees and their families. My kitchen staff is almost all young Filipinos, and every one of them has their own story to tell. The menu is collaborative, and every single cook has had eyes and hands on every single dish. Now, those dishes look a little different. We’re serving a lutong bahay take-out menu Wednesday through Saturday. “Lutong bahay” means home-cooked in Tagalog, and you can come pick up a hot Musang meal. And on Sunday, we’re doing this thing called “baon,” which means food that’s packaged or provisions that are taken on a journey. I hate the term “meal kit.”” 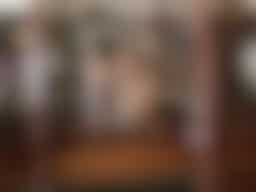 “Deep down, though, I’m optimistic the New Orleans service industry is going to come back strong from this. We battled back from Hurricane Katrina in 2005, and many of us were able to emerge from the BP Oil Spill even stronger in 2010. Then, it was a corporation forced to pay, but it was also our government fighting for its citizens during a disaster. That can happen again. There’s a lot to be optimistic about in the stimulus package that was passed by Congress. It’s just a matter of getting that money disbursed in time. I have a lawyer who can help guide me through this process, but I’m worried—as is often the case—that those who need the help the most are the least equipped to navigate the process of applying for that help. I don’t think we’ll know how they’re doing until bars and restaurants are allowed to reopen, and some just don’t. But I think most will be back, and I plan on being in that number.”

“One of the lessons everyone is going to learn from this crisis is that management matters. At the end of the day, a restaurant is a beautiful business, an altruistic business even, but it’s still a business. For me, having my staff understand why we make decisions and what’s behind each decision is very important.” 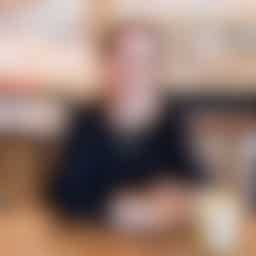 “When we started thinking about what service would be like, we tried to think of all the small details that make our restaurant special and how we could still offer that unique experience in a way that follows safety guidelines. For example, we offered valet service, which is no longer allowed at this time. Instead of valet we still offer a parking lot attendant to direct our customers to their parking spot, get their names, let the host know they are here, and then let the guests know when their table is ready. Guests go directly from their car to their table, and we don’t have to worry about anyone waiting in the lobby area and being too close together. This way, we can continue with social distancing.” 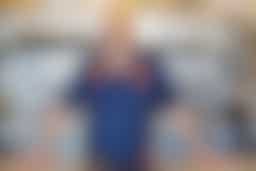 “I think this is going to impact us more than the 1918 flu, more than World War I or II. I think this is going to wind up being a bigger hinge event for us, in terms of how it fundamentally changes America. It’s a hinge event that we have not seen the likes of nationally since the Civil War. The other issue is that we have a chance to rebuild our food system in America. Not just our restaurant system—our whole food system. So if we don’t take this opportunity to fix the systemic problems that are buried inside of it, the things that were problematic even before COVID-19—if we don’t fix those now, we are really missing that opportunity. In fact, it’s the definition of insanity—doing the same thing over and over again and expecting different results. And that is how we treat the people in our food system.”

“I think a lot of the people that may be losing out on their big restaurant buildout concepts may be adapting to smaller venues that have a number of different food concepts in the same area—one that doesn’t have as much overhead, a lower rent with a smaller kitchen, and just more modest expectations of what the businesses needs to provide as far as an experience. That’s something I’m currently working on in the Philadelphia area.” 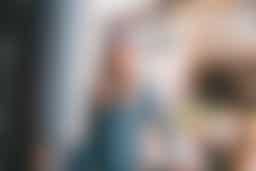 “I’ve been trying to project what happens overall to the industry. I know there’s going to be a lot of people disheartened by this. I feel like there was a little bit of a bubble anyway. Some of the stuff that we’ve put premiums on in the past has turned out to be completely meaningless. It’s going to be hard to reconcile what it means to be in hospitality, and also this existential crud we’ve been steeped in over the past six weeks. There might be some really cool stuff that happens. There’s always been a lot of creative people in the restaurant industry, so I don’t doubt its ability to evolve and do some really interesting stuff.”

“We’re getting closer and closer to the potential to reopen as states are relaxing their stay-at-home orders. But as of today, we have no food and beverage operations. And the places we currently operate are in boutique hotels, so we won’t be making a decision about what reentry looks like alone. We’re going to do that with the hotel ownership. We’re going to do that with the operators of the hotel side. In a hotel, do you open the restaurant first because you may not have travelers right away? Or do you wait until both the food and beverage and the hotel are ready to open together?”