NEW YORK, September 12, 2018 – The Infatuation is proud to announce the line-up and slate of events for New York’s first EEEEEATSCON festival. Following two successful turns in Los Angeles, the popular single day food festival is coming home to the brand’s roots, featuring some of the best restaurants from New York City and beyond. The day will no doubt be filled with excellent food, quality drink, inspiring speakers, creative musical performances, and one-of-a-kind sponsor activations.

The festival will be hosted at Forest Hills Stadium (1 Tennis Pl, Forest Hills, NY) in Queens on Saturday, October 6th from noon-6pm. The event will feature food and drink options from restaurants and purveyors from not only the far reaches of New York City, but also exciting imports from around the country, in many cases serving unique, off-the-menu items.

EEEEEATSCON is a one-day food experience built in the spirit of a music festival, but with restaurants as the headliners. The event is designed for people who want more from a food festival than just tasting-sized portions and cooking demonstrations. With live music performances throughout the day and panels from thought leaders and industry pioneers, which this year includes champion figure skater Adam Rippon and restaurant review innovators, Tim and Nina Zagat, among several others, EEEEEATSCON is as much about connecting with a community and getting inspired as it is about eating and being entertained. Over the past two years, EEEEEATSCON LA generated hundreds of millions of social media impressions during the annual sold out events, driving reach far beyond the festival’s physical footprint.

“EEEEEATSCON has been a huge success for us the past two years in Los Angeles, but it’s time to bring it home to New York City, where everything started,” stated Chris Stang, CEO and Co-Founder of The Infatuation. “We’ve been building our brand in this city for nearly ten years, and our community here is truly something special. We can’t wait to bring everyone out for this unique experience to share their passion for celebrating food, drinks and dining. That’s what this event is all about, and Forest Hills Stadium is the perfect venue to host it.”

American Express Card Members will get early access to the festival, starting at 11:30 a.m. General admission doors open at noon. Once inside, Card Members can check out the #AmexGold experience for additional exclusive perks and giveaways, as well.

Caviar will join The Infatuation in presenting The Wine Room, a pop-up living room for food people who like to drink wine. Additionally, Caviar is responsible for bringing one of their top exclusive partners, and acclaimed Italian restaurant, Jon & Vinny’s, from Los Angeles.

Unique to EEEEEATSCON NY, OpenTable will present a pop-up of The Riddler, San Francisco’s popular champagne bar, where attendees can reserve a special ticketed champagne experience.

Tequila Don Julio will be on site with an #AgaveAndEEEEEATS Palomapalooza takeover serving Mexico’s #1 tequila in a variety of authentic drinks, while Stella Artois will have its Airstream cafe setup and bocce.

Additional special experiences will come courtesy of several marquee brands that are joining together to make this a one-of-a-kind event, including: LaCroix Sparkling Water, Sir Kensington’s, Bulleit, RAMONA Wine Spritz, and Lyft.

EEEEEATSCON NY 2018 Confirmed Panels:
As EEEEEATSCON is designed to enhance the exploration of the culinary world, a marquee portion of our event is dedicated to education, information and acceptance of the diverse people that make up this community. EEEEEATSCON NY will continue the events tradition of meaningful panel discussions including some of the most prominent leaders from within and around the culinary world including: Chris Stang and Andrew Steinthal (Co-Founders, The Infatuation), Tim and Nina Zagat (Co-Founders, Zagat), Adam Rippon (National Champion and US Olympic Figure Skater), Jon Shook & Vinny Dotolo (Jon and Vinny’s), Manal Kahi (Eat Offbeat), Everard Findlay (Grow NYC), Anik Khan (Musician), and Leonisa Johnson (Edible Schoolyard).

Ticketing and Getting to EEEEEATSCON NY: General Admission tickets are currently available for $30 at eeeeeatscon.com. Children under 6, accompanied by an adult ticket holder, will be granted free admission. There is no on-site parking at Forest Hills Stadium. Attendees taking Lyft can use the promo code “EEEEEATSCONNY” for 25% off 2 rides to and from the event (up to $10 off per ride). NYC Subway options include: E, F, M, R trains to Forest Hills - 71st Avenue (25 minutes from Midtown Manhattan); LIRR to Forest Hills Station (14 minutes from Penn Station - make sure to board one of the first 4 cars).

EEEEEATSCON NY 2018 Participating Restaurants as described by the editorial staff of The Infatuation:

Like fresh sheets on your bed and the “Let’s Hear It For The Boy” montage in Footloose, Rubirosa’s thin and crispy pizza crust is pretty damn near perfect. It’s also topped with vodka sauce and fresh mozzarella, which makes it actually perfect.

If there were a Noah’s Ark-type apocalypse and we could only pick two NYC burgers to survive, Emily’s (big, drippy, over the top) and Shake Shack’s (simple, classic) would be getting on that boat. These two icons will be teaming up for a very special one-day-only collaboration burger and you will not want to miss it.

If anyone finds better pasta in New York City, please let us know. An Infatuation team favorite through and through and we couldn’t be more excited about the fact that our #1 date night restaurant is coming out to Forest Hills.

This Flushing, Queens dumpling restaurant makes somewhere in the realm of 100 kinds of dumplings. At EEEEEATSCON, you won’t have to make too many decisions though, as they’ll have their absolute MVPs on offer, including their famous lamb and squash dumplings as well as vegetarian options.

If you’re the kind of person who plans trips around food, you’ve probably been thinking about a trip to LA. And you’ve quite possibly heard about an amazing Italian restaurant called Jon & Vinny’s that you need to go to on said trip. For one day only, Jon & Vinny’s will be in NYC, at EEEEEATSCON, making their signature spicy fusilli with vodka sauce.

Saltie Girl is one of our favorite restaurants in Boston, and they’ll be making their NYC debut in Forest Hills. Their lobster roll and crab toast will make you upset you don’t live in New England.

One of our top-rated Washington DC restaurants, Maketto is a hybrid clothing store and restaurant. You can’t eat the clothes, but you can and should eat their excellent Cambodian and Taiwanese-influenced food. We’re excited that they’re making the trip north for EEEEEATSCON, and you should be too.

The first time we went to this Korean restaurant on 30th Street, we immediately wanted to tell everyone we knew about it. A few years and many visits later, nothing about that has changed.

Houseman is the ultimate neighborhood restaurant, but unless you live in West Soho, it’s not in your neighborhood. No need to buy a Soho penthouse, because at EEEEEATSCON, it’ll be within walking distance at all times. The kitchen here does highly seasonal, constantly-changing food, as well as one of our favorite NYC burgers.

New York City hot dogs are famous. But what you really need to try is a Westchester hot dog - specifically the legendary ones from Walter’s in Mamaroneck, just north of the city. The dogs are split down the middle, grilled in a secret sauce, and topped only with a relish-spiked mustard. They’ve been serving them this way for 99 years.

“After you eat here, you’ll stare out your bedroom window and wait for a shooting star, just so you can wish for more of this food.” That’s what the recent Infatuation review of this Pakistani street food restaurant says, and we believe you’ll feel similarly. Get excited for their incredible Jani Burger, which comes with spicy chutney.

Originally from Tel Aviv, Miznon is now known all over the world for its fresh veggie and meat-stuffed pitas. They’ll change the way you think about pita sandwiches.

In a city with an exorbitant number of beloved pizza places, Roberta’s is one of the greats. And much like Rihanna’s “Disturbia” or the first season of Breaking Bad, it’s just as good as it was 10 years ago when it opened. If you’ve had Roberta’s before, you know. If you haven’t, the time is finally here.

On the other end of Queens, this Rockaway Beach hangout makes the city’s best fish tacos. They’re perfectly battered and fried, then topped simply with guacamole, cabbage, and lime.

A recent opening, The Bombay Bread Bar brings interesting twists on Indian food to Soho, and now also to EEEEEATSCON. They’ll have their excellent bhelpuri as well as an off-menu chicken frankie wrap.

Located in Rego Park, just a few minutes from Forest Hills Stadium, Nur is a popular halal Thai restaurant operated by Bengali owners. They will be making their beef satay and pad thai.

Tanoreen has been serving incredible Middle Eastern food in Bay Ridge for 20 years. If you’ve never made the trip, EEEEEATSCON is your chance.

Jhal is a social entrepreneurship venture built to empower Bengali women in New York through food, and they’re teaming up with Kolkata Chai Co. for EEEEEATSCON. You can look forward to their version of fuchka, crispy semolina shells stuffed with yellow peas and topped with herbs, chili, and tamarind sauce.

Usually parked in Astoria, Mahmoud’s is one of NYC’s best and longest-standing food carts (they’ve been around since 1983). They’ll be on site serving their excellent Egyptian platters.

Much like a disco ball or an excellent playlist, churros are scientifically proven to improve all parties. Which is why we’re having Dulcinea serve churros at EEEEEATSCON.

One of our favorite seafood spots in Manhattan, Crave Fishbar will be your go-to for oysters and tuna poke.

New York doesn’t have any good breakfast tacos, except for the ones from this food cart. You’ll almost forget you’re not in Austin.

This NYC ice cream favorite will be bringing its soft serve to EEEEEATSCON, and one of the flavors will be made in special collaboration with Baileys Irish Cream.

One of the country’s most creative doughnut shops, this Jersey Shore spot’s doughnuts don’t just look good - they taste great too. The Infatuation’s New Jersey natives back Broad Street in a big way.

Located in Ridgefield, CT, Hoodoo Brown BBQ is a small-town BBQ joint that may cause you to consider looking up house prices in the suburbs.

Funded by 33 female investors, and led by an all-female management team, The Riddler is a very cool San Francisco bar specializing in champagne and sparkling wine. In partnership with OpenTable, The Riddler will be popping up a special ticketed wine and food experience at EEEEEATSCON - stay tuned for details on how to get in.

For additional information about EEEEEATSCON NY or The Infatuation, please visit, www.theinfatuation.com/eeeeeatscon 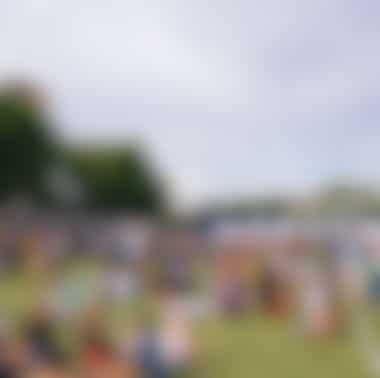 EEEEEATSCON: Doing It For The First Time, All Over Again

EEEEEATSCON: Doing It For The First Tim...

Our food festival is coming home to New York City. 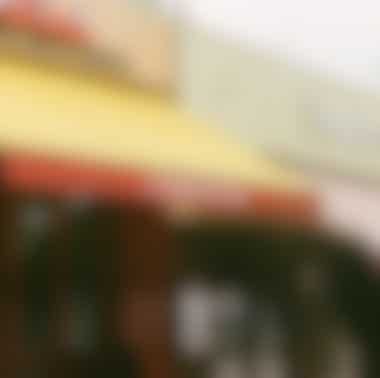 Cabana is a Latin American restaurant in Forest Hills where you can eat some steak and drink a pitcher of sangria. 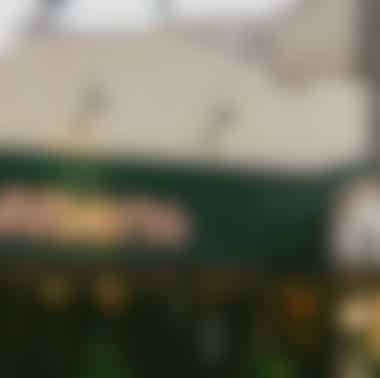 Alberto is an old-school Italian spot in Forest Hills that’s great for groups. 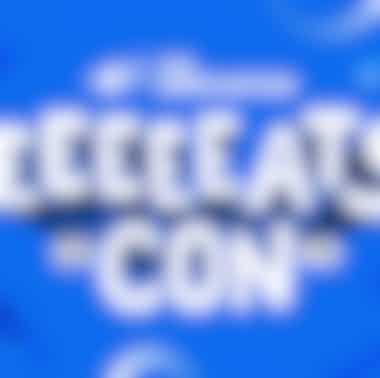 Two Days In LA: The Infatuation’s EEEEEATSCON Los Angeles May 18 & 19