Between Eric Garcetti’s daily press conferences and the fact that you’ve been driving without a license for four months (this is a fictional example, we totally have our driver’s licenses), it goes without saying: Comfort food is important, now more than ever.

But in a month like July, and in a city like Los Angeles (read: hot as hell), a piping bowl of Japanese curry might sound like a hard sell. But ever since Curry House abruptly shut all of its locations in February - to the shock and horror of the curry community - Los Angeles has been searching for a new hero. A champion, even.

And like a phoenix rising from the ashes, or dying house plants that were just watered for the first time in months, Champion’s Curry rose to the challenge. Located in Long Beach’s SteelCraft food hall (also home to Smog City Brewing and DeSano Pizza Bakery), this is the Japanese curry chain’s first U.S. location. And the name of the game here is something called Kanazawa curry - named after the city in Ishikawa prefecture - that’s slightly different from any Japanese curry you’ve ever had. We’ll explain. Let’s unpack.

What should I order?
Seems obvious, but get the curry. They have other options, like Japanese-style sandwiches (we got the chicken katsu one and liked it just fine), but much like Eddie leaving his baseball game for the titular cook-off in Eddie’s Million Dollar Cook-Off, you’re not here for the sandwiches. You’re here for the main event.

Which curry should I get?
To be honest, they’re all pretty good - you choose from chicken, pork, or beef katsu, plus a special vegetarian curry with tofu nuggets on top. They all come breaded and fried, with a drizzle of sour cream and chives on top, so you really can’t go wrong.

Just. Tell. Me. What. To. Order.
OK, get the pork katsu. It has more fat and is a bit heavier than the chicken, which goes really well with the thick, savory Kanazawa-style curry sauce.

And what makes it Kanazawa-style again?
The curry itself is dark brown, almost black. And unlike the normal Japanese version, which can often be quite thin, Kanazawa-style curry smothers everything on the plate. It’s rich and savory, gooey and thick, but with a hint of sweetness - it reminds us of molasses. Plus it doesn’t waste time including vegetables like potatoes, carrots, and onions, which means more fried foods and rice per square inch.

Got it. Last question - If I don’t live in Long Beach, is it worth the drive?
Hm. That one’s a bit difficult. If you’re just going for the curry, probably not. You could get the same experience at CoCo Ichibanya, Tokyo Hamburg, or Daichan, and Champion’s is reportedly set to open a Little Tokyo location this summer. But if you’re going for the day, there’s a ton of other great places to check out at SteelCraft (and lots of socially distant tables out front). Plus, if you’re coming from LA, it’s a great drive, and is the perfect time to listen to all of Las Culturistas’ Top 200 Moments in Culture History. 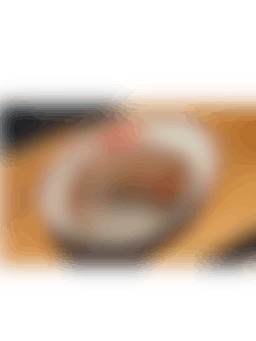 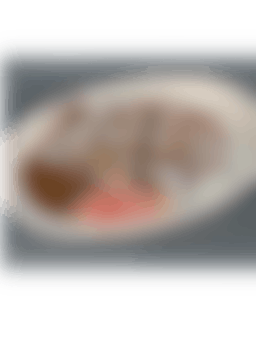 8 Oscar-Nominated Movies & What To Eat While You Watch Them
We’re telling you what to eat while watching this year’s nominated films.