To fully understand Casita Del Campo is to recognize it as much more than just an all-pink bungalow on Hyperion with sizzling fajitas, super-strong margaritas, and a bubbling fountain in the courtyard. It’s a community center, a performance venue, and a gathering space for queer artists, actors, drag queens, and all other walks of life who, since 1962, have shown up to feel safe and be their authentic selves. Myself included.

The first time I went to Casita Del Campo was actually not to eat dinner - it was to see a show at The Cavern Club, the tiny black box theater in the basement. One of my mentors at the time was performing in an all-drag, staged episode of The Golden Girls and had invited me to come along. The second I walked into Casita’s mosaic-filled courtyard and felt the energy of a crowd consisting of families, drag queens, and queer friends of all generations, I realized immediately this is what I’d been looking for.

I came out my first year living in Los Angeles. Recognizing my own privilege as a cis white male in one of the most progressive cities in the world, this transition was fairly smooth, but like any 22-year-old in a new place, I struggled finding an inner circle - particularly a queer one. I joined gay rec leagues, danced all night at places like L Bar and Echoplex, and could draw a map of Boystown with my eyes closed if you asked me to. I had a blast and met some amazing people, but I did not find my community. That changed when I was introduced to Casita.

It's a specific sense of community that's been a part of Casita’s DNA since the beginning. Prior to opening the restaurant in 1962, Rudy Del Campo was a professional dancer on Broadway and in Las Vegas, and was one of the Sharks in the movie version of West Side Story. Rudy didn’t just open Casita as a business venture, or a place to hang his musical memorabilia, he opened it so all his industry friends, theater family, and fellow artists had a safe space they could call home. 58 years later, it remains that way. 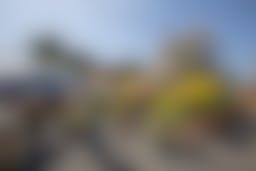 “This place was made with love, and that is the most important ingredient of how it still runs to this day,” says Rudy’s son, Robert, who took over ownership in 2003 after Rudy’s passing.

Robert Del Campo and his wife, Gina, are both artists themselves and passionate supporters of the community. In fact, all of the stained glass patio tables that are now an attraction unto themselves were created by Gina, each depicting different works of art from well-known Latinx artists. Downstairs, The Cavern Club exploded in popularity, hosting weekly shows featuring some of LA’s most exciting artists, performers, and comedians. More than just a theater, The Cavern Club became LA’s preeminent queer performance space where, regardless of whether you were on stage or sitting in the audience, the only rule was to come expecting the unexpected. 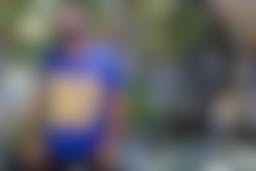 “It’s my favorite place to perform,” says Drew Droege, a LA-based actor, writer, and queer community leader. “Something about its energy is so wild and welcoming and wonderful. [Casita] is the only place in town where locals can grab some dinner and a margarita, and head downstairs to check out whatever wig pageant or freak cabaret is happening.”

It’s the exact reason why I, and so many other queer people in LA, feel at home there. It doesn’t matter if you’re eating enchiladas with your family, drinking too many margaritas at the bar with your friends, or catching a show by yourself downstairs, everyone’s welcome at Casita - and welcome to be themselves. It’s also why queer spaces in general are more important now than ever. 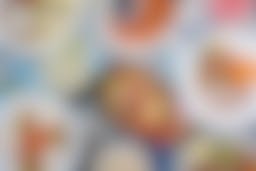 In the wake of March’s stay-at-home orders, all of LA’s queer restaurants and bars were forced to close, taking with them not just employment, but the safe spaces that an entire community depends on. Some establishments, such as West Hollywood’s Gym Bar, have already announced they won’t be reopening.

Today, Casita is doing what it - and the queer community - has always done: survive. It hasn’t been easy. The Cavern Club has gone dark, and its future is uncertain (supporters have launched a GoFundMe campaign to cover rent, utilities, and payroll while it remains shuttered). For months, Casita remained afloat in part by selling branded facemasks, but in early July, the entire restaurant closed after an employee (who does not interact with customers) tested positive for COVID. They have since reopened - after conducting a deep-clean of the entire space, plus full staff testing - but such is the terrifying new normal for restaurants. Casita’s survival now hinges mainly on a well-oiled takeout and delivery service that includes their entire menu, plus eight different to-go cocktails and beer. For those comfortable, the back parking lot has been transformed into a giant new outdoor dining space, complete with temperature checks, socially distant tables, and hand sanitizer stations. It may not be the Casita Del Campo of old, but it’s the only way to assure that LA’s oldest queer space will continue to be there for generations to come.

“Our supportive relationship with the [queer] community started with my parents... and continues every single day,” Del Campo says. “We love our LGBTQIA community, and our goal is to be of service for another 58 years.”

If you’d like to donate to the Save The Cavern Club campaign, please do so here. To order takeout from Casita Del Campo, call (323) 662-4255, or click here for delivery. 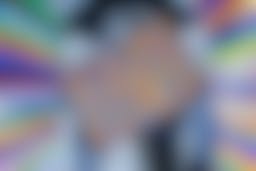