Emily Schindler
How To Make Fight Milk
A protein-packed beverage for when you want to feel strong like a crow.

The first thing you should know about Fight Milk is that it’ll make you strong like a crow. At least that’s what Charlie Day’s character says in season 8, episode 7 of It’s Always Sunny In Philadelphia. That’s where this “alcoholic, dairy-based protein drink for bodyguards” was invented - although we’ve updated the recipe (with cereal-infused milk) for our guide to 9 Iconic Cocktail & Movie Pairings. Try it for brunch, or have one after a workout session when you’d like to have a cocktail with some protein in it. (We can’t, however, guarantee that Fight Milk will make you strong like a crow because we have no clue what that actually means. Also, don’t fight. 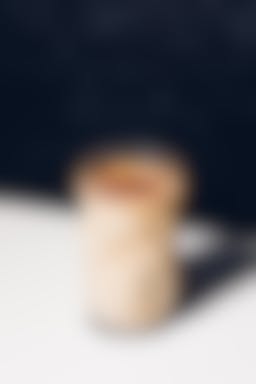 First, you need to infuse your milk with Cinnamon Toast Crunch - and if you’ve ever made a bowl of cereal, you already know how to do this. Just take add a half cup of your Cinnamon Toast Crunch, add that to a cup of milk, stir, and let that sit in your fridge for 20 minutes. Once it’s infused, strain out the milk and eat your soggy cereal. Add 4 ounces Cinnamon Toast Crunch-infused milk to your highball.

(We find that whole milk works best for this, but feel free to use whatever kind of milk you prefer.)

You don’t need fancy vanilla extract for this. In fact, we sort of prefer the artificial taste of regular old (and relatively cheap) vanilla flavoring. Whatever you have, add .5 teaspoon to your shaker.

Next, we need a hint of something sweet, so put .5 ounce maple syrup into your shaker.

Of all these steps, peanut butter might seem the least conventional - but you aren’t going to regret this. It’ll bring a bit of richness and salinity to the cocktail, and it’ll also provide some extra protein. Remember, the goal here is to get as strong as a crow.

Certain spirits work better with milk than others. They are: dark rum, cognac, and bourbon. We prefer dark rum (like Goslings or Diplomatico), but go with whatever sounds best to you. Add 1.75 ounces of dark rum, cognac, or bourbon to your cocktail shaker.

Put 5 or 6 ice cubes in your shaker, and shake vigorously for 20 seconds. Next, pour your cocktail into a highball filled with ice, and give it a sniff. It should smell like Fight Milk (vanilla, cinnamon, a copious amount of dairy, etc.). Garnish with a dash of cinnamon, then take a big gulp. Congratulations. You’re strong like a crow now.